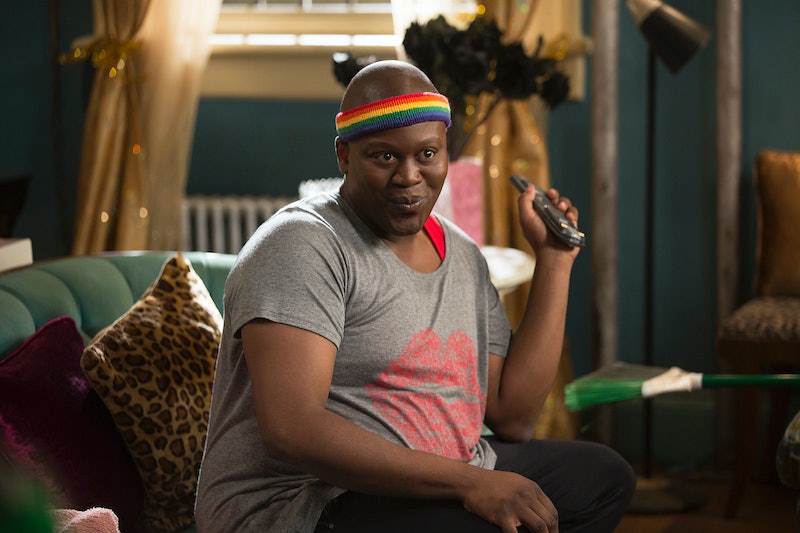 Lucy and Ethel. Mary and Rhoda. Fred and Barney. These are some of the greatest duos in TV history, and that was in major part due to the role of the sidekicks in those television relationships. There's nothing wrong with being a sidekick in theory, but it does tend to mean you're the accessory to someone else's story. Understandably, sometimes, the sidekick just wants to be the one in the spotlight. Just ask the TV sidekicks of the '00s, who seem to have that exact attitude.

See now, things have changed, and even the best friend who is always in for a good shenanigan or caper is allowed to branch out. Basically, the TV sidekicks of the aughts don't just serve the sole purpose of furthering the main character's story, they have their own stories to tell. They're not just waiting around twiddling their thumbs until their friend needs them, they actually have a life to live. Who woulda thunk it?

These sidekicks have made names for themselves for being real characters, not just second fiddles. They're loyal, sure, but they're also narcissistic, crafty, crazy, naïve, needy, angsty and theatrical. In one word, they're human. Not to mention, these sidekicks are no longer afraid to steal the show — even if their names aren't in the title.

The Netflix show looks at how Kimmy Schmidt rebuilds her life after being released from a bunker by a cult-leader. But, it wouldn't be nearly as fun without Titus Andromedon, the struggling Broadway star who dresses up like Iron Man in Times Square to make money. He teaches Kimmy about the world, and in turn, takes some inspiration from her to reboot his career. Not to mention, he gave us "Peeno Noir," one of the best songs in TV history.

Sookie was always there for Lorelai when she needed her most, whether that be with a piece of good advice or a cup of coffee and a nice muffin. She didn't just say what her friend wanted to hear, she was often the one who brought Lorelai back down to earth when Lor was going through a crisis. That's why I'm so happy Sookie will be back for the revival.

3. Morgan Tookers On The Mindy Project

Dr. Mindy Lahiri may not consider Morgan her sidekick, but he wants to be it so bad, it seems only right to put him on the list. He's always there to help Dr. L, whether she wants him to or not. And whether she'd like to admit it or not, she always seems to need this registered nurse around to give some advice, defend her honor, drop off her dry cleaning and pull off some of her crazier schemes. He's the Ethel to her Lucy; she just has to learn to deal with it.

Meredith Grey's best friend was always there for her, but her life was just as dramatic and angst-filled as the show's star. And as The Atlantic pointed out, Cristina was central to the plot, not just a supporting player to Meredith's story. We saw Cristina go through her own heartbreaks and tough times — always with Meredith there by her side. If the show wasn't named after her, we might almost say that Meredith was the real sidekick.

5. Dwight Schrute On The Office

This assistant to the Regional Manager would do anything for his boss Michael Scott. He would water his plants and arrange the toys on Michael's desk just right. He would help him sign off on his condo. He would try to make him happy after a bad breakup by playing James Blunt over and over. He'll take on any menial task just to make Michael happy. Dwight, who loves bears, beets, and Battlestar Galactica, is the caricature of a sidekick, which makes him a little sad, very funny, and absolutely endearing.

Jesse Pinkman may be the saddest of sidekicks. He teams up with Walter White to earn big in the drug game, but ends up losing it all. He tries to better himself, but can never seem to get away from Walt and the terrible things that seem to follow him. Jesse had a heart and in the end, that's probably what saved him. Though... he'll probably be emotionally and psychologically scarred forever. Nonetheless, I'd want him on my side any time I broke the law or had some chem lab homework we needed help with.

7. Ann Perkins On Parks And Recreation

Leslie Knope has a very high opinion of her BFF Ann Perkins. She's a beautiful, naïve, sophisticated newborn baby. She's also a beautiful, rule-breaking moth. And don't forget, she's a poetic noble land mermaid. She's also a pretty great friend, who is crafty enough to make her BFF a wedding dress out of newspapers for her last-minute nuptials.

As the Vice President's personal aide, Gary has to literally be by the side of Selina Meyers, her bag in hand, ready to feed her information about things she doesn't remember. (Or, let's be honest, didn't care to know in the first place.) But Gary never complains: He likes being Selina's Google, calendar and right-hand man. He'll clearly be their until the end — or, until she loses an election.

Paula is the kind of friend who will go along with all of your crazy ideas, especially if it's to win the love of your summer camp sweetheart. She's thrown a rock through Rebecca's window. She's hacked into Rebecca's ex's iPhone. She's come to pick Rebecca up at the beach after she embarrassed herself on a party bus. Paula is just looking for a little fun in her life, and thanks to Rebecca, she's found it. But, she can be a little insecure and needs to be reminded that her scheming isn't the only reason you want to be her friend. Seriously, she's got so much to offer, you'll wonder where to start.

The seamstress at Mode magazine who aspires to be a fashion designer becomes fast friends with Betty, keeping her updated with the workplace gossip and making sure she stays in style. That's the benefit of having a best friend who's also best-dressed. These two didn't always get along, (Christina wasn't always one to offer up personal information), but they were a great team that always managed to come back together to make things right for one another and for Mode.

Jenna is the superficial sidekick who really thinks she's the star of the show. She will try to steal your thunder and always needs the most attention. Honestly, it's her love of the spotlight that sways her to do most of the things she does. But, she was like Liz Lemon's twin in a lot of ways too — just, you know, the self-absorbed, diva-like, very blonde version of Liz who would like some attention for once. It's why she was the ultimate sidekick for Liz, who was too busy with work to actually be living her best life. Jenna was a constant that Liz could count on, and also, Jenna really did love and respect Liz. You just got to trust us here.

The sidekicks of the 2000s were different than the classic ones of our past. Seriously, these characters are so good, you may find yourself even wanting to be a sidekick. The hard question now would be, which one?