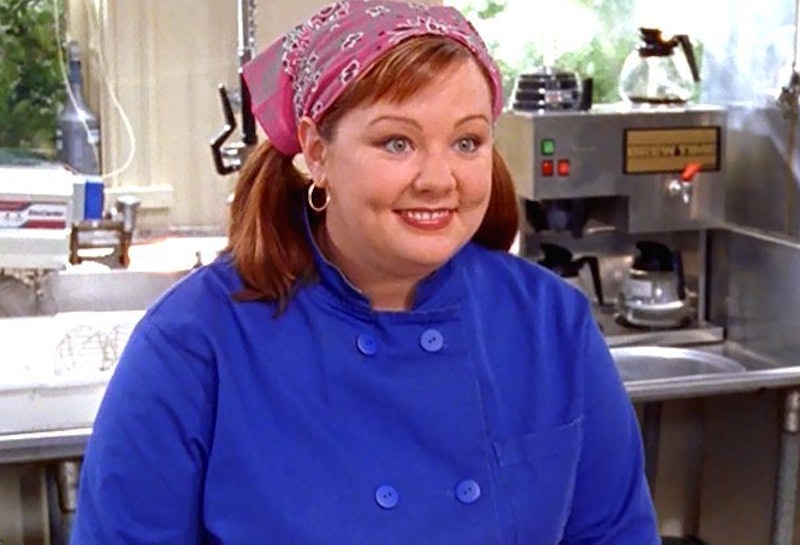 Alert everyone you know and love! After months of uncertainty, TVLine is exclusively reporting that, yes, Melissa McCarthy will be back for the upcoming Gilmore Girls revival On Netflix. According to the site, sources have said that the actress will reprise her role as Sookie, and is set to tape her part in the next couple of days.

(Update: The actress herself confirmed the news during an appearance on The Ellen DeGeneres Show, so consider this news officially official. Yay, Sookie!)

In February, Gilmore Girls creator Amy Sherman-Palladino quieted all of our fever dreams of Sookie’s return when she remarked that McCarthy was just too busy for Stars Hollow. She did, however, extend the invite — you know, just in case. “But the thing I have said [to her team] is, ‘Look, if Melissa is available and has an afternoon free, I’ll write her a scene. Melissa was one of us. If she has a spare moment to run over [to the set] — even if for just a cameo — we would be totally game. And if it’s a last-minute thing, I would write her in and we would figure it out. That’s the way we left it,” Palladino said.

When McCarthy claimed that she was never asked to come back on Twitter, fans gave up any remaining hope of seeing her in that classic bandana, cooking things, and being overall just wonderful. But then, plot twist! In a recent interview with Entertainment Weekly, Palladino invited her back again. “We’ve just put it out into the universe; we’re here until May 10. I know what the scene is. I’ll pre-light it for her. She can drive up, run in, shoot it, and run out. I can get her in and out in two hours.” Oy with the back and forth already!

Sookie St. James. I think I speak for everyone in the universe — including the fictional one of Stars Hollow — so glad to have you on board.

More like this
Netflix Reveals First Look At Wednesday In The 'Addams Family' Spinoff Series
By Bustle Editors
24 Years Ago, 'Friends' Dropped Its Most Underrated Ross & Rachel Episode
By Grace Wehniainen
What Does Nancy Jo Sales Think Of 'The Real Bling Ring'?
By The Editors
Twitter Is Unravelling Over Wolverine’s Return For 'Deadpool 3'
By Darshita Goyal
Get Even More From Bustle — Sign Up For The Newsletter