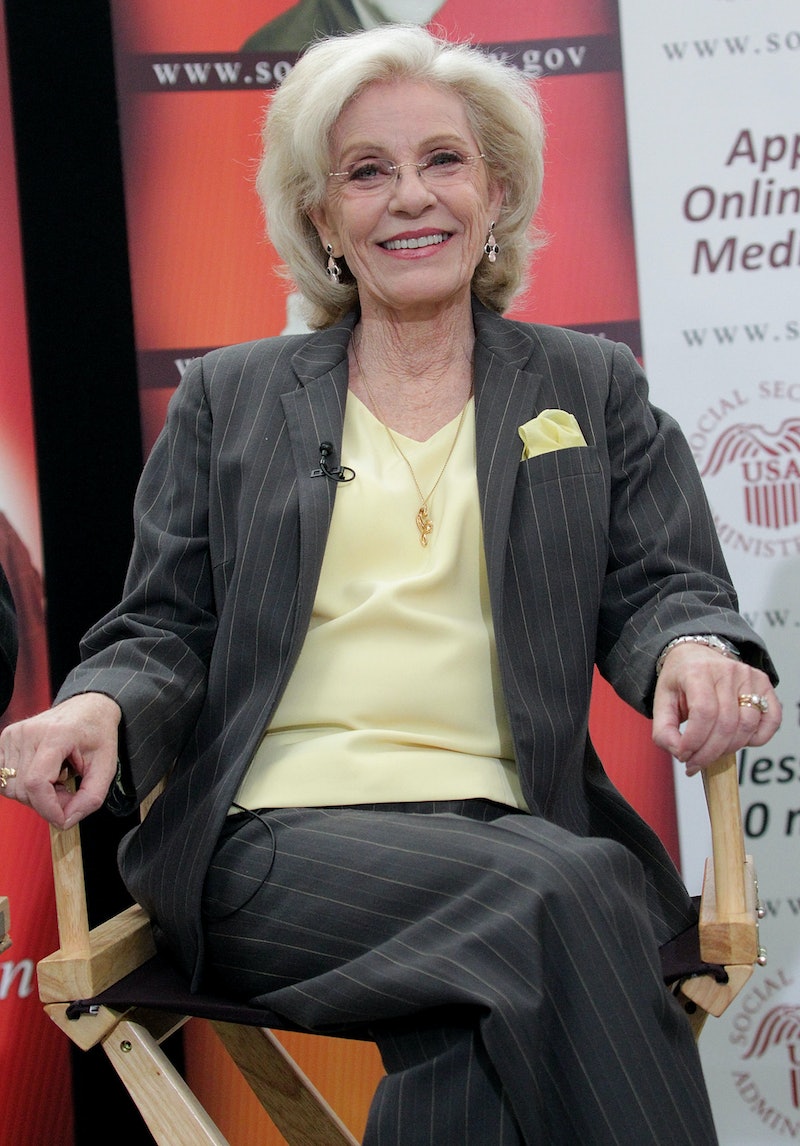 In saddening news, ABC News has confirmed that actor Patty Duke has died at the age of 69. Duke was a celebrated actor, who graced television, film, and the stage throughout her lengthy and prolific career. She rose to fame at the age of 16 in 1963, when she received an Academy Award for her portrayal of Helen Keller in The Miracle Worker. Many fans might be wondering how Patty Duke died, and her rep, Mitchell Stubbs confirmed to ABC News that the cause of death was "sepsis from a ruptured intestine."

Stubbs continued in his statement, "Anna 'Patty Duke' Pearce passed away this morning March 29, 2016 at 1:20 am...She was a wife, a mother, a grandmother, a friend, a mental health advocate and a cultural icon. She will be missed."

In addition, Duke's family released a statement to Bustle, which explains that she died of "complications associated with a ruptured intestine." The full statement can be read below.

While there weren't reports of Duke battling any illnesses before her death, a tweet on her official Twitter on March 1 indicated that she had been unusually absent from social media. Although she did not specify the reason, she sounded positive:

Duke was celebrated not only for her acting credits, but for her role as a mental health advocate after she revealed in 1982 that she was diagnosed with bipolar disorder. She was also a devoted mother to her three sons, with Mackenzie and Sean Astin following in her footsteps to become actors themselves.

This morning, our beloved wife, mother, grandmother, matriarch and the exquisite artist, humanitarian, and champion for mental health Anna PATTY DUKE Pearce, closed her eyes, quieted her pain and ascender to a beautiful place. We celebrate the infinite love and compassion she shared through her work and throughout her life. She died at 1:20 a.m. PST in Couer D’Alene Idaho at Kootenai Health from complications associated with a ruptured intestine.

Condolences to the Duke family, and may her spirit and career shine on.