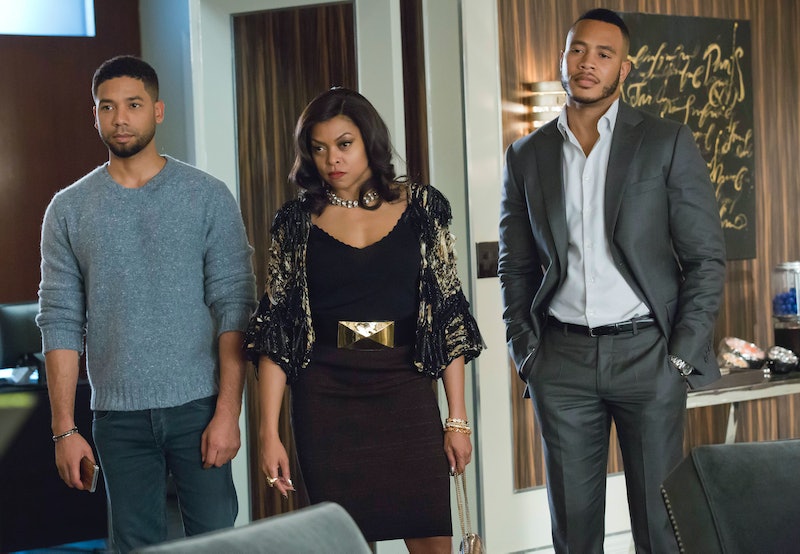 To say that a lot went down during the Empire winter finale would be a bit of an understatement, but if we had to boil it down to one major moment, it would have to be when Rhonda was pushed down the stairs by an unknown intruder. (Though, I think by now we're all 100 percent positive that it was Anika, right?) And after months and months of wondering how this storyline would play out, fans finally learned the worst. Rhonda lost the baby on Empire due to the fall and it was just as heartbreaking as you would expect it to be.

First of all, the intruder took things a step further by walking over Rhonda's helpless body and leaving her to potentially die. This forced Rhonda to painfully crawl toward her cell phone in order to call someone for help, only to realize that it broke during the tumble. In the end, she managed to set off the alarm again and took the remainder of her time alone to pray for God to save her baby. She didn't care what happened to her as long as her child would be OK. But, unfortunately, that's not how it all played out.

Shortly after the Lyon family was called to the hospital, a tearful Cookie informed Andre that Rhonda was fine, but the baby didn't make it. And while Dre did eventually pull himself together for Rhonda's sake, his initial reaction of falling to the ground in devastation was emotionally crippling to watch. Not to mention the fact that Rhonda, who apparently has no recollection of being pushed, blames herself what happened and thinks that she just tripped down the stairs.

We, of course, know better and I'm sure it's only a matter of time before the truth comes out, but watching Rhonda beat herself up in the meantime is almost as painful to watch as the fall itself. She doesn't deserve to be put through this. No one does. And yet Anika was able to look Rhonda in the eyes and pretend to feel sorry for her — allowing her to believe that no one else is to blame.

Even for this show, which continuously features double-crossing and murder, that's cold. "There will be another heir," Anika promised Rhonda knowingly. But she wasn't talking about Rhonda having another child. She was talking about her own baby taking over the empire. Let's just hope that Rhonda's memory of what really happened that night comes back so she can stop blaming herself and turn her attention to the real person who deserves to be punished.