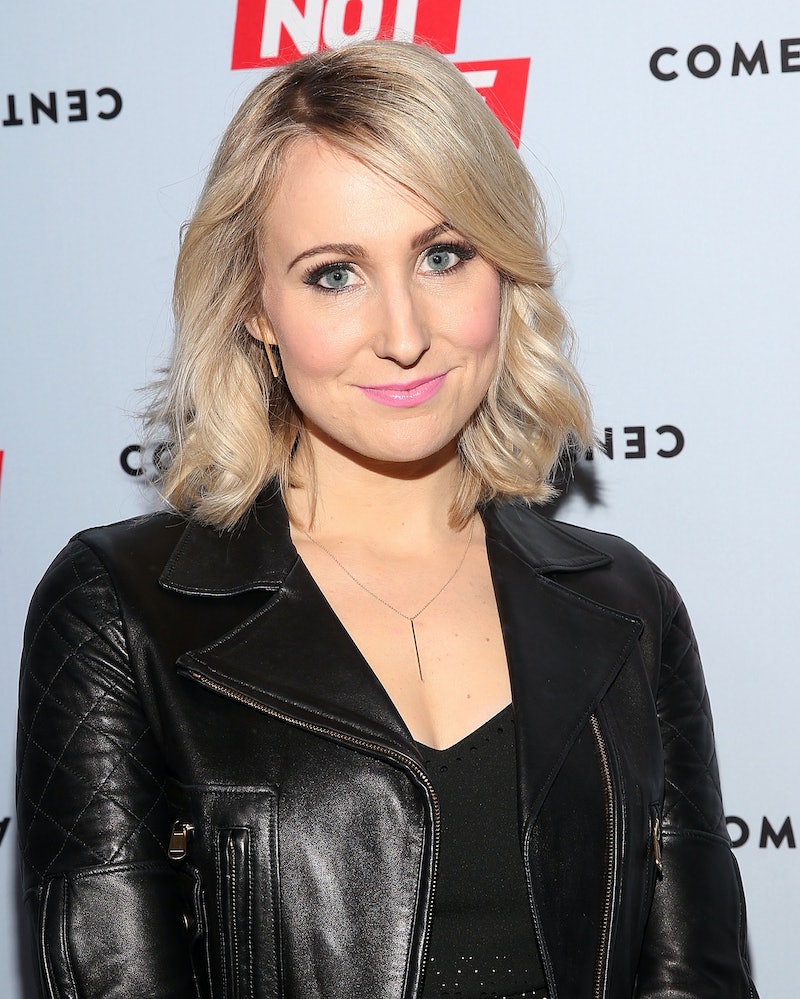 Between the promising introduction of Full Frontal With Samantha Bee, the release of Chelsea Handler's new Netflix series Chelsea Does, and the recent Emmy Awards won by Inside Amy Schumer, women are blowing up the world of comedy television. And now, Nikki Glaser may officially be among them. After a successful first few episodes of her show, Deadline reports that Comedy Central has ordered 10 more episodes of Not Safe With Nikki Glaser — giving the series a total of 20 episodes for its first season.

The show currently features talk show-style interviews and games, musings of Glaser's life, and hilarious sketches, and soon fans can expect a whole lot more interesting (and potentially scarring) sex and relationship-based content. The show has already proved to be essential TV viewing, and more Not Safe With Nikki Glaser is a huge deal for both the show itself and for the future of women in comedy. Since its beginnings, the show has put women and sexuality at the forefront, telling important truths from a feminist perspective. From its jokes about the lies we tell our parents to its talks about one-night stands, the show is breaking boundaries every episode. And now, with the growing successes of both Not Safe and Inside Amy Schumer, Comedy Central is doing more for equaling the playing field for women in comedy than practically any other network.

So, what can fans expect in the 10 more episodes of the show to come? Well, a whole lot more hilarious and insightful chaos, whether that means more talk about the reality of dating, more bizarre street encounters, or even your everyday dose of feeling like you're not alone. Glaser isn't afraid to tackle anything, and it's about time that a show like hers get to take center stage.

Hopefully, the new batch of episodes will lead to even more; with the continuation of the first season, the need for a second season is greater than ever. As of right now, Not Safe With Nikki Glaser will be having its summer season premiere on June 7, alongside Drunk History (Season 4), This Is Not Happening (Season 3), Review (Season 3), Inside Amy Schumer (Season 4), and more. This summer, prepare yourself for an influx of great, feminist comedy.

EDITOR'S NOTE: This article originally reported that the final Not Safe season would have a total of 17 episodes; there will be 20 episodes total, which this article has been updated to reflect.