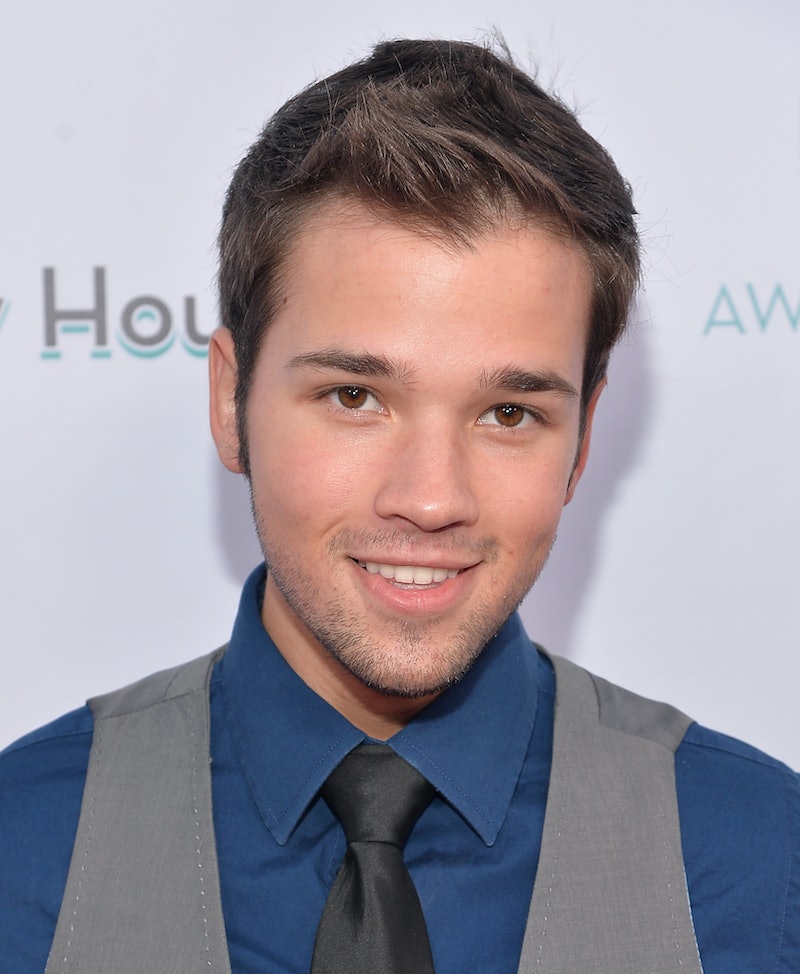 In November 2015, former iCarly star Nathan Kress tied the knot with London Elise Moore. So, if you're still trying to absorb the fact that the actor who brought Freddie Benson to life is a married man, maybe talking about how Nathan Kress and London Elise Moore met will help it all sink in. So, just how and when did these two lovebirds realize they were meant to be? Well, the answer isn't a straightforward one, but it's pretty clear they are right for each other.

According to E! News, "It's unclear when they began dating," but they started sharing pictures of one another early in 2015. Based on Moore's Instagram, it appears that the two officially started dating in February 2015. In March 2015, she shared a collage of Instagram photos in celebration of their one month anniversary and wrote alongside it, "Where the heckkk did that first month go?!? I really have no idea....but here's to many more."

While chatting with M magazine in May 2015, Kress revealed that Moore was his best friend before things turned romantic. "In my core group of friends who I have now, what used to be my core group, now it's my core group and one of them became my girlfriend, which has been really cool and nice and another new thing," he revealed.

That said, they also have a 2014 movie in common. They both starred in Into the Storm. Kress played a character named Trey, whereas Moore played a cheerleader. For those unaware, Moore also does stunts in films, including Into the Storm. I bet her badassness was just one of the many things Kress found attractive.

Between being best friends, hanging out all the time, and probably spending time together on a movie set, it's no wonder they fell in love. If that doesn't convince you that Kress and Moore really are OTP, then these photos surely will.

They Do #DateNight The Right Way

It's all about Dave & Buster's.

Their Beach Days Together Are Beautiful

Potato chips? Count me in.

Yeah, that's how I look after a sweaty hike.

This Is How They Do Valentine's Day

The cuteness is real.