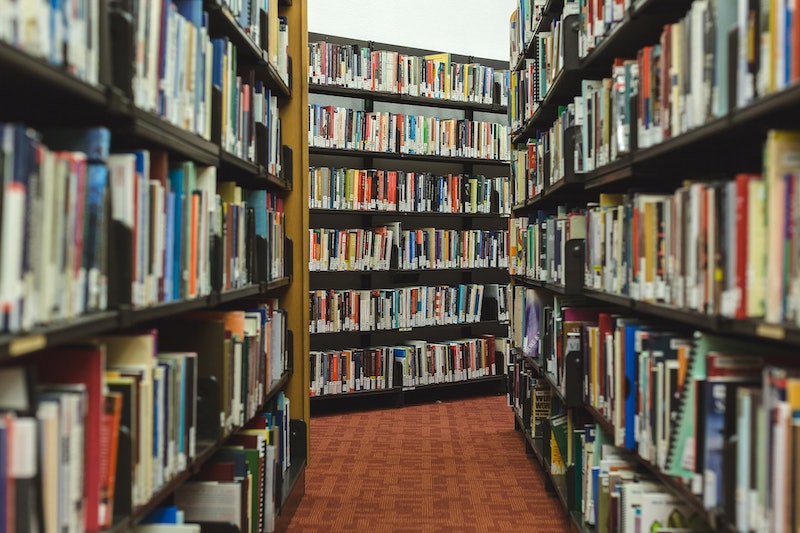 I have a reading problem: I never know which fantasy novel to read next. Such is the interesting tragedy of the fantasy and sci-fi genres. There are so many books set in so many worlds, and very rarely do any of these books stand alone (although a stand-alone fantasy is a pretty fantastic if I do say so myself). However, there are times that I hit a snag, and that snag is this: I absolutely love magic, I love elves, I love werewolves, and I love wizards — but how come it feels as though every fantasy novel is set in the Dark Ages?

According to Rust Cohle, time is a flat circle, but there’s also a lot of it. There’s literally centuries upon centuries of time, millennia upon millennia in which to base these awesome tales of might and magic, so why not use it as much as possible? Sure, we have steampunk, a semi-magical Victorian world, but there has to be so much more out there.

Good news, fantasy fans: there is. There’s a lot more out there. You thought steampunk was the only punk? There’s punks you’ve never even imagined. To celebrate this, I’ve compiled a list of 11 fantasy novels set in unusual time periods. Whether set during World War II, the American Revolution, or the Elizabethan Era, these novels all bring something new and awesome to the table. Check them out!

1. Past Imperative by Dave Duncan

Edward is a regular, run-of-the-mill gentleman living in Edwardian England. Orphaned and attending private school, he's being groomed to be the next generation who will run England, so when World War I rears its ugly head he's compelled to sign up to fight for England. A wrench is thrown into this glorious war scenario due to the fact that in another world (called Nextdoor) it's been foretold that Edward shall kill Death itself, and the gods of that place have no intention of letting him die in the trenches when they could be using him for another purpose. This unusual book marries prim and proper English writing with a visceral tale of gods and miracles.

The first book in a trilogy, Mistborn is set in a fantasy universe that weds the hierarchy often found in Medieval High Fantasy with the technology of a more Victorian or Edwardian setting. In this dystopian world, ash constantly falls from the sky. The land's crazed overlord, Lord Ruler, has done everything possible to make sure that this is a world with no heroes — without realizing that perhaps the world needs a villain, not a hero, to overthrow him. Enter reformed thief Kelsier, a man who discovers a kink of Lord Ruler's armor and teams up with a group of like-minded individuals in order to take him down. Perhaps his most important asset is Vin, a teenaged girl who recently discovered that she might actually be Mistborn, a type of person who can gain magical powers from consuming different types of metal. Now it's up to this ragtag group of misfits to take down the bad guy once and for all.

Not quite steampunk (which is set in Victorian times) but also not quite Dieselpunk (which is set from the 1920s on), Leviathan is set during the dawn of World War I when The Clankers (Germany and Austro-Hungary) are poised to go to war with the Darwinists (England, France, and Russia). The Clankers are entirely about zeppelins, walking tanks, and airplanes, while the Darwinists have learned to manipulate DNA to create terrifying biological hybrids. Prince Aleksandar of Austro-Hungary is on the run after his own people have turned against him, while Deryn Sharp is a talented pilot in the British Air Service who is guarding a secret: she's secretly a girl. When their paths cross, they go on a whirlwind adventure around the world that will change their lives forever.

Set in the 1920's, this fictional biography of real-life magician Charles Joseph Carter sets him in a magical word where he must face-off against rival magicians, a shadowy government conglomerate, and several secret societies in order to discover the truth about the mysterious death of president Warren G. Harding. The magic is more subtle than some of the books on this list, but the old-timey fun can't be beat.

It's 1765 in Boston, and the revolution is brewing. Ethan Kaille is a thieftaker, a type of sorcerer who makes his living by using magic to solve crimes. He usually keeps out of the politics of the revolution, but he is tasked with returning a necklace belonging to the murdered daughter of prominent couple. Suddenly, Ethan finds himself a pawn in a dangerous political game.

6. The Alchemist of Souls by Anne Lyle

Set in an alternate Elizabethan England where magic is real, North America is home to a magical humanoid race called "skraylings," and Queen Elizabeth I is a widow with two sons, The Archemist of Souls centers on meet Mal Catlyn, a relatively unlucky man recently appointed to be a bodyguard to the skrayling ambassador. Readers will also meet Coby, a woman working for an Elizabethan acting troupe and masquerading as a boy. When Mal learns something about the skraylings, he realizes that his bodyguard job might be more than he bargained for.

7. Ghosts of Manhattan by George Mann

It's Manhattan in 1926 and we have flappers, jazz, coal powered cars, and a lingering Cold War with Britain. The Ghost, a masked vigilante, is on the trail of a crime boss called The Roman, and he must evade the police in order to stop the villain once and for all. Heavily influenced by Batman, this noir is set in an incredibly interesting steampunk-ish world featuring holograms, artificial technology, and clockwork geishas.

8. Into the Darkness by Harry Turtledove

Set in a magical version of the 1940s, this alternate history of World War II replaces all technology with magic, and changes all of the nations of the world into fantasy allegories. When the Duke of Bari dies suddenly, the nation of Algarve, still angry over their defeat in the Six Years War a generation ago, decides to annex Bari. Neighboring nations can't tolerate it, and one by one they fall into war. The beginning of a series, these books are ideal for the history buff who also loves dragons.

9. The Hawkline Monster by Richard Brautigan

The Hawkline Monster is part of a subgenre of fantasy called "Weird West," which mixes fantasy elements with old school Westerns. It's Oregon in 1902, and 15-year-old Magic Child wanders into the wrong whorehouse in order to hire the right men to kill a monster that's been living in the ice caves beneath her sister's house. She finds Greer and Cameron, two professional killers, and the rest, as they say, is history. This novel is full of super strange sex, monsters, and very dirty language.

10. The Gunslinger by Stephen King

The Gunslinger is the first part of an epic (and crazy long) series called The Dark Tower . Part fantasy, part horror, all awesome, the bulk of this strange series takes place in a strange world that's "moving on." The series centers on Roland Deschain as makes his way across a dying world in order to locate the Dark Tower, the axle of worlds that holds all existence together. In his travels, he runs into a boy named Jake, who appeared in this strange universe after dying in ours. This sets off a chain of events that you absolutely have to read to understand.

Deathscent is technically considered Clockpunk, a subgenre of fantasy set in an alternative version of the Renaissance. The novel is set in an alternative version of England that consists of 93 individual "blessed isles" floating in the middle of space after leaving earth. Queen Elizabeth I still reigns, and a war between England and Spain is on the horizon. Enter Brindle, a strange alien obsessed with scent — and the creature who's about to change everything.