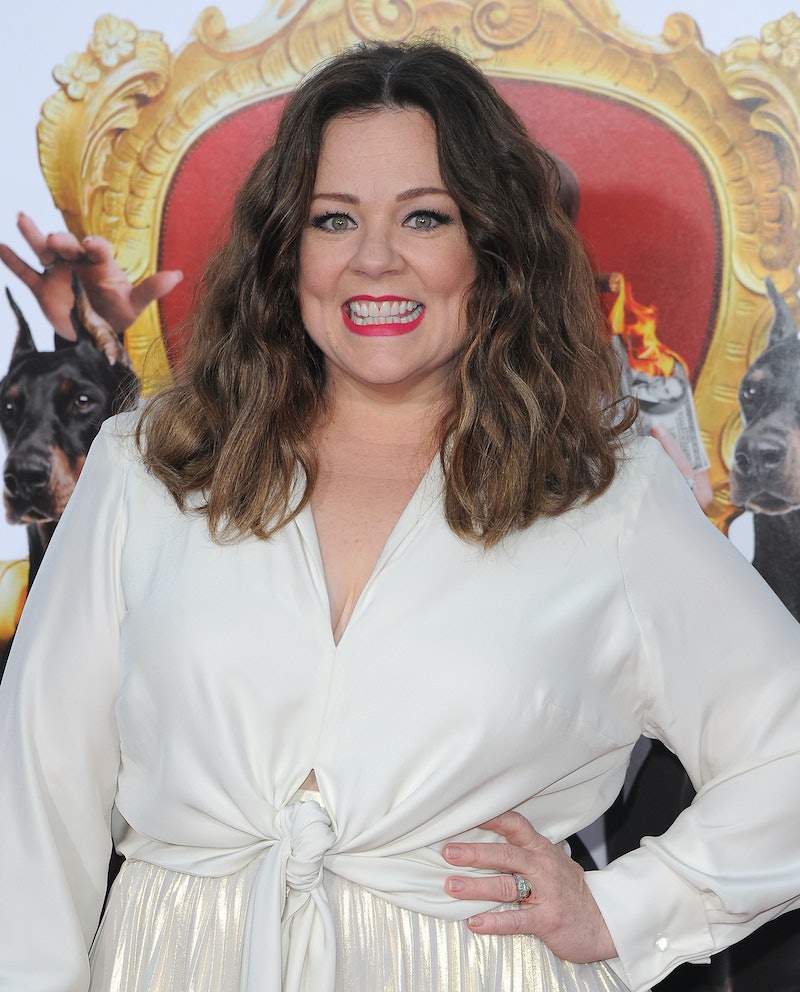 Well, Gilmore Girls fans, it’s officially time to put those hopes of Melissa McCarthy returning to the revival to rest. On Tuesday, the star of The Boss spoke exclusively with Refinery 29 about what really went down in those “talks” between her people and Amy Sherman-Palladino. And trust me, this is not a side of the story you’ve heard before. Brace yourselves, though, because her comments are a bit hard to hear. They lay waste to any hope you may have had that there would be a way to fit Melissa McCarthy into the revival no matter how late she joined.

I know this isn’t easy to hear though. I was definitely one of the last holdouts. No one was clinging tighter to the possibility that Melissa McCarthy would be back than I was. Heck, I wrote an entire article about all the ways that the revival could still include Sookie St. James. So trust me when I say that these latest comments are definitely the final nail in the cameo coffin. After this interview, I’d say there really is no chance that Melissa McCarthy is coming back for the Gilmore Girls revival, no matter how much we may hope and dream that the opposite is true.

When asked point-blank by Refinery 29 if an appearance in the Gilmore Girls revival would happen, McCarthy answered emphatically: “It’s not,” she said, and then continued to clarify some of the other comments made in other interviews. “They didn’t ask. And once this came out, because people were starting to say, ‘Oh, you won't do it. You're too big and busy now.’ I was like, ‘No. No one invited me to the party. I didn't get a single call.’”

The chatter that Melissa McCarthy is referring to is likely the interview that Gilmore Girls creator Amy Sherman-Palladino conducted with TV Line in February. In that interview Sherman-Palladino said exclusively that the reason McCarthy wasn’t in the revival was because “She’s really f*cking busy.” She clarified, saying that “the thing I have said [to her team] is, ‘Look, if Melissa is available and has an afternoon free, I’ll write her a scene. Melissa was one of us. If she has a spare moment to run over [to the set] — even if for just a cameo — we would be totally game.”

But in this most recent interview, McCarthy addressed that notion head-on, saying that “after that, it was kind of, ‘Well, she'd like to do it, you guys can call us.’ I have to call and ask? And now I can’t make it happen. I thought it was the strangest thing.”

Honestly, I kinda couldn’t agree more. I have no idea how things are run in Hollywood, but asking an actress to ask to be cast in a television show definitely doesn’t seem like the way I imagine things are done out there. But who knows. I could be wrong.

What I do know for sure is that McCarthy isn’t letting the oddity of this situation affect her allegiance to the show. She ended her answer with pure love for the show she was apart for seven years: “I am really proud of that show. I can’t wait for my kids to see it."

At least she’s not bitter about, just telling it like it is. Now excuse me while I go change into all black and begin my grieving process.

More like this
20 Celebrity Couples Who You Forgot Dated In 2002
By Jake Viswanath
Lydia Leonard Is Setting The Record Straight
By Olivia-Anne Cleary
Sandra Bullock, Girlboss Extraordinaire
By Matt Harkins & Viviana Olen
Spice Girls’ Net Worth: The Richest Member Is Wealthier Than The Rest Combined
By Hugh McIntyre
Get Even More From Bustle — Sign Up For The Newsletter