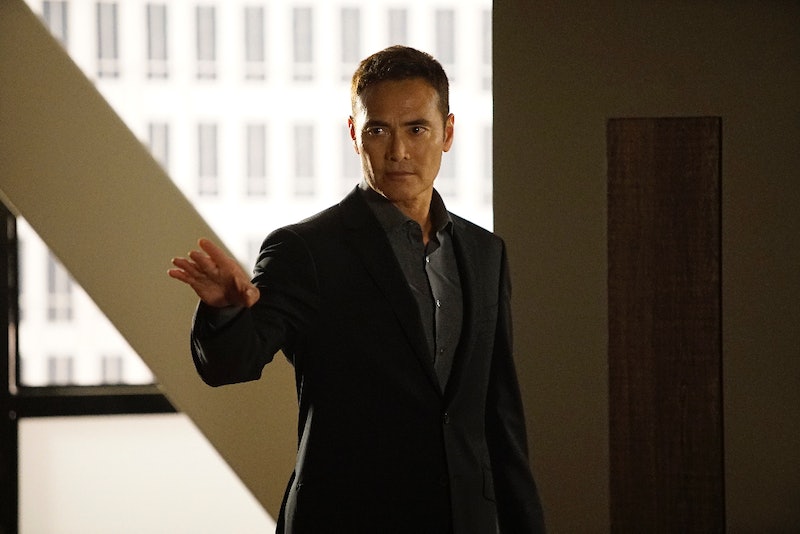 It may not be time for Civil War just yet in the Marvel Universe, but the fighting has already begun. On Tuesday night, we learned that Hydra has a bomb on Agents of S.H.I.E.L.D. and former Agent Felix Blake aims to use it. Like, a big warhead bomb. The kind that's typically nuclear or hydrogen and causes a mighty kaboom.

Were I to warrant a guess, I'd say it was a nitramine bomb, since the weapon/compound from Agent Carter already made an appearance in the episode. However, Blake specifically didn't want Stark technology. He has eschewed everything Avengers, presumably. I guess nobody told him about Team Iron Man. Still, is the fact that Howard Stark invented nitramene a loophole? If not, what kind of bomb is this?

It seemed as if this episode was introducing a new antagonist — an anti-Inhuman extremist group called The Watchdogs that is lead by Blake. Alas, as with most things on Agents of S.H.I.E.L.D. it all leads back to Hydra. Gideon Malick is providing the group with information, and now weapons. However, there's already some tension in this arrangement. Did you notice how Malick's cohort Giyera cringed while calling Inhumans "freaks" in apparent agreement with Felix Blake? We know that Hydra worships an Inhuman and does not share the Watchdogs' view of powered individuals. This alliance is clearly not going to last long, and I'm interested to see what evil purpose Hydra has for them.

Armies you can fight, but unless someone is willing and able to fly a bomb into outer space (hat tip to Tony Stark) we might be in trouble on Agents of S.H.I.E.L.D. It's bad enough that Hydra is assembling allies. Now there might be real, tangible destruction as a result of it.