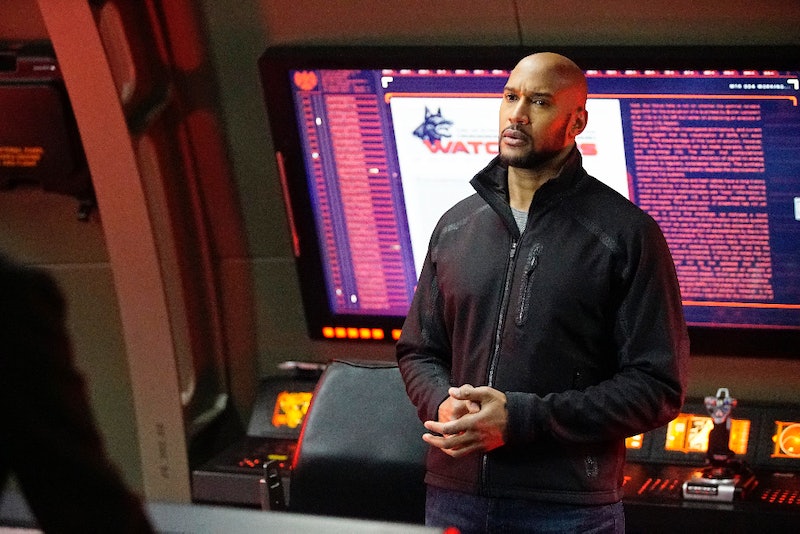 I don't even know where to begin with all the things we learned about Alphonso Mackenzie this week. Yes, Mack was shot on Agents of S.H.I.E.L.D. — but don't fret. He's not dead yet. Alphie will live to swing his shotgun axe another day.

Is Mack Inhuman? That's one of the first questions I had about the mechanic during the episode. Is his brother? I'm pretty sure he's not. We just have to accept that an extremist group who calls powered people "freaks" is also sexist and probably racist. That shouldn't be too difficult, right? When Daisy and Mack went up against The Watchdogs, they retaliated by going after one of the "freaks" ... except they attacked Mack and Ruben instead of Daisy. In the struggle, Mack was shot, but not fatally.

What do we think the odds are that Ruben becomes a S.H.I.E.L.D. Agent? I really enjoyed their relationship. It's one of the strongest sibling relationships on the show. Then again, my only comparison is Grant Ward and his two brothers. Any family is better than that family. Still, Ruben would be a good asset on the team. I also like that he and Mack challenged Daisy, even though Daisy was totally right.

What else? I love that Ruben also goes by Mack and that Ruben calls our Mack "Alphie" — that's the best. It's good to see S.H.I.E.L.D. Agents with some semblance of a work/life balance. You don't have to have a secret farm to see your family or go on vacation, even though I'm surprised they didn't play any video games during their vacation. That's all Mack does in his down time at work. All in all, this was a good episode for Mack, and I hope we're not done with this side o him on Agents of S.H.I.E.L.D.