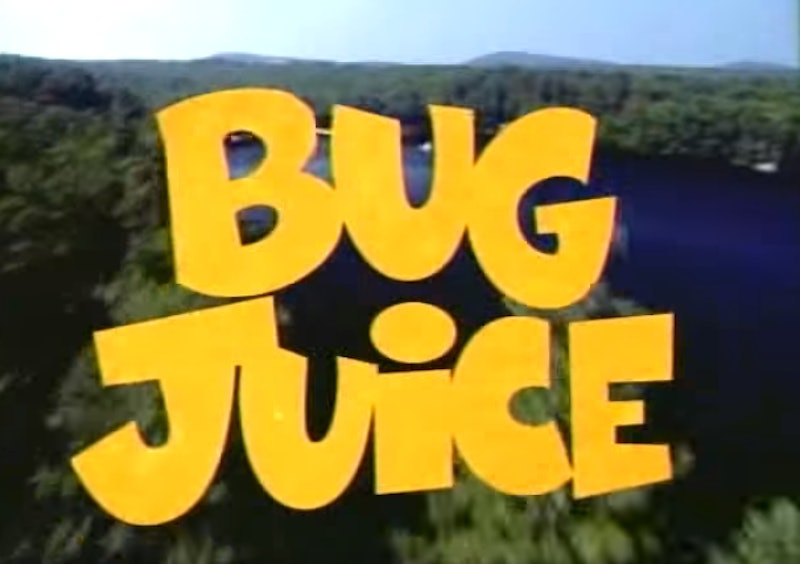 Before reality television shows took the world by storm in the late '00s, there was Bug Juice. Disney Channel's successful attempt at a reality television show for and about kids. The show followed the lives of different campers across the nation as they created friendships, had disagreements, and inevitably became the best of friends. While this show may have neglected all of the wild dramatics that are now popular in most reality shows, Bug Juice did have a loyal fan following. Anyone who watched the first season of the show knew about Rhett, the hottest camp counselor in the game. So, where is Rhett Bachner now?

Luckily, Bug Juice's resident hottie is still working in Hollywood, but sadly, hasn't made an onscreen appearance since Bug Juice. Even though you may not have seen his face, you have probably enjoyed a few of the programs that he produced, including Shark Tank, Real Deal, and The Henry Rollins Show. His most recent project is the new MTV series Broke A$$ Game Show. It's a game show where average contestants are picked up off the streets and then are asked to play ridiculous games for money. Yes, it's as hilarious as it sounds.

Now I know you're probably wondering after all these years, is he still making women swoon? (After all, this is the same guy who made teen girls of the '90s fall in love with a children's show about camp.) Don't worry, because he has aged well. Very, very well. As you can see from this photo, he's still got it.

He's still got those same mysterious eyes, and the air of authority that made him the standout of Bug Juice. It was hard not to like him, and even harder not to fall in love with him. But alas, Bug Juice had to end at some point. Lucky for us, he is still working in Hollywood. And who knows? Maybe he'll soon find that it's time for him to step back into the spotlight for a Bug Juice remake. One can only dream of such wonderful things.

More like this
Owen Warner's Net Worth Might Surprise 'I'm A Celeb' Fans
By Sam Ramsden
Here’s Everything Coming To & Leaving Netflix In December
By Jake Viswanath
These 'Criminal Minds' Throwback Photos Show The Cast’s 17-Year Evolution
By Grace Wehniainen
The First Trailer For 'That '90s Show' Includes So Many Nods To The Original Series
By Jack Irvin, Alyssa Lapid and Grace Wehniainen
Get Even More From Bustle — Sign Up For The Newsletter