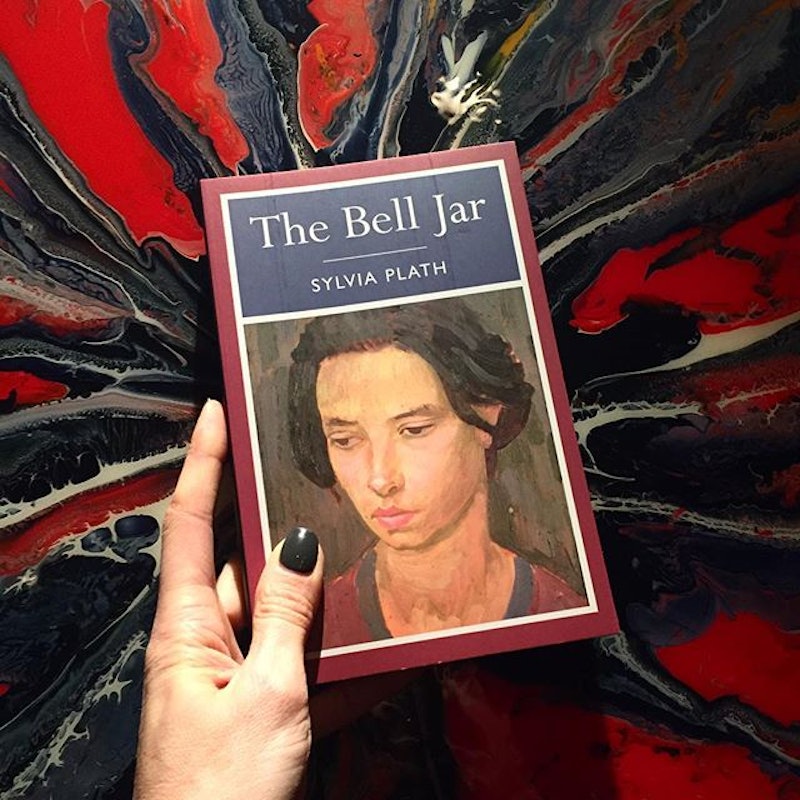 If you're a book nerd, you've undoubtedly experienced the unique frustration of finding titles you love, only to learn that they were penned by writers who only wrote one novel. And if those writers happen to have passed on, well, you're just SOL, pal.

Thankfully, most of our beloved writers have published more than one title. That's the case with many of the authors on this list, in fact. I know, reading someone's poetry or non-fiction just isn't the same as diving into a good old chapter book, but, hey, we've all got to take what we can get.

Before you ask, no, I have not included Harper Lee on this list. A lot of people don't consider Go Set a Watchman to be a separate novel from To Kill a Mockingbird, and many believe it was published without the author's informed consent. Because I, unfortunately, did not know Lee, I can't say which side of the Watchman argument has it right, so we're going to err on the side of caution and say that the beloved author has two novels.

Lee aside, devoted readers will notice that there are some absences here. I have left out left out Arundhati Roy (The God of Small Things), Kathryn Stockett (The Help ), Arthur Golden (Memoirs of a Geisha), and Koushun Takami (Battle Royale), because these four writers are living, and are reportedly working on their second novels.

Emily Brontë died the year after her novel first appeared in print. Whether she ever intended to write a second work of fiction is unknown, and no manuscripts have ever been found.

As was the case with Brontë, Anna Sewell died shortly after she published her only novel, Black Beauty.

3. Gone with the Wind by Margaret Mitchell

Besides Gone with the Wind, Margaret Mitchell wrote at least one other novel and two novellas. One of these, Lost Laysen, was published posthumously. The others were never printed.

4. The Catcher in the Rye by J.D. Salinger

J.D. Salinger's only other works, which include Franny and Zooey and Nine Stories, are collections of his short fiction.

Invisible Man is the only novel Ralph Ellison completed in his lifetime. Manuscripts for Juneteenth and Three Days before the Shooting were found in his home and published posthumously.

6. The Bell Jar by Sylvia Plath

Sylvia Plath published The Bell Jar in 1963, just before her suicide. At the time of her death, she was at work on another novel, titled Double Exposure. That manuscript, along with some of Plath's private writings, disappeared in the years that followed.

7. The Narrative of Arthur Gordon Pym of Nantucket by Edgar Allan Poe

Best known for his poetry and short stories, Edgar Allan Poe wrote just one novel, The Narrative of Arthur Gordon Pym of Nantucket, which details the horrors of a sea voyage gone awry.

8. The Picture of Dorian Gray by Oscar Wilde

As Oscar Wilde was a brilliant playwright, it's difficult to say which genre he is most famous for. The Picture of Dorian Gray and The Importance of Being Earnest are his best known works.

Perhaps most well known for her "Feminist Manifesto," modernist Mina Loy wrote one novel, Insel, which was not published until 1991, 25 years after her death.

10. Lives of Girls and Women by Alice Munro

Back in 1971, prolific short story writer Alice Munro penned Lives of Girls and Women. Called a novel by some and a short story cycle by others, the book follows its protagonist, Del Jordan, as she grows up.

You might know Pulitzer Prize winner Carl Sandburg for his poetry, but he also wrote this hulking novel. Remembrance Rock follows a cast of characters through landmark moments in U.S. history.

Completed a few years before Boris Pasternak's death, Doctor Zhivago earned him a Nobel Prize, which he was unable to accept.

Mary Ann Shaffer co-wrote her only novel, The Guernsey Literary and Potato Peel Pie Society, with her niece, Annie Barrows. The novel was published after Shaffer's death in 2008.

Witty essayist and screenwriter Nora Ephron's only novel, Heartburn, is the semi-autobiographical tale of her relationship with her second husband.