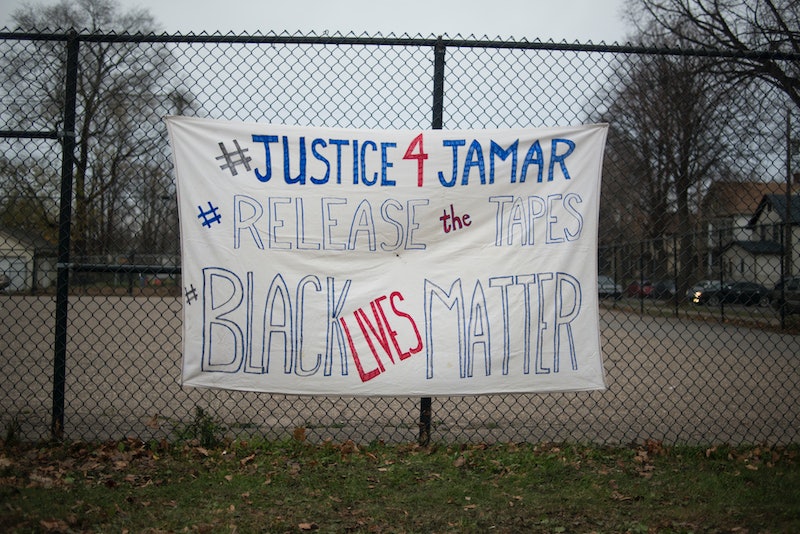 Hennepin County Attorney Mike Freeman held a press conference on Wednesday. Rather than utilizing a grand jury, it was up to Freeman to make a judgment call in an important Minneapolis case involving an African American man who had reportedly been shot by white officers in November of last year. The Jamar Clark decision has been announced. Freeman has indicated that evidence — including DNA as well as an autopsy report — corroborates what Officers Mark Ringgenberg and Dustin Schwarze had to say about the incident.

The officers reportedly tried and failed to handcuff Clark prior to the altercation. They had been responding to an alleged domestic violence incident between Clark and his girlfriend. The 24-year-old Clark allegedly interfered, hindering the administration of care to the assault victim by emergency workers. Ringgenberg and Schwarze began interacting with Clark soon after. Clark reportedly grabbed one of the officers' guns. He was reportedly subsequently shot in the head and succumbed to his injury two days later. Portions of what happened between Clark and the officers was reportedly caught on camera. That important bit of evidence was brought to Wednesday's press conference, and an ambulance video that captured some of the incident was released.

The video evidence reportedly tells a tale contradictory to witness accounts that Clark had been handcuffed. Freeman indicated that forensic evidence didn't support that claim, and neither did the footage he viewed. Clark reportedly grabbed at Officer Ringennberg's handgun throughout the altercation while repeatedly stating that he was "ready to die." The incident unfolded in just 61 seconds. During Freeman's press conference, he went through a hypothetical situation in which Clark was able to procure Ringennberg's weapon, stating that it would not only have endangered the lives of the officers, but would have also been a felony charge for Clark. Freeman had this to say about the incident:

Ringennberg's subjective belief is also objectively reasonable. First, Clark's DNA was found on Ringennberg's gun, mace container, and his holster. Next, the keepers designed to keep the utility belt in place had become unsnapped. Moreover, when Ringennberg is free of Clark, the video clearly shows that his belt is turned in such a way that his gun is behind his back. As he stands, Ringennberg can be seen adjusting his duty belt back to its normal situation. These facts corroborate Ringennberg's belief that Clark was forcibly pulling on his belt and holding his gun and was objectively reasonable to believe its attempted removal.

According to Freeman, during separate independent interviews of both officers, Ringennberg and Schwarze indicated the same fear of being shot by Clark. For those reasons, Freeman concluded that the officers would not be charged, as they were justified in their use of deadly force.

Events have been planned to protest the decision by Justice4Jamar and Black Lives Matter Minneapolis, including a rally near the incident and an additional gathering downtown.