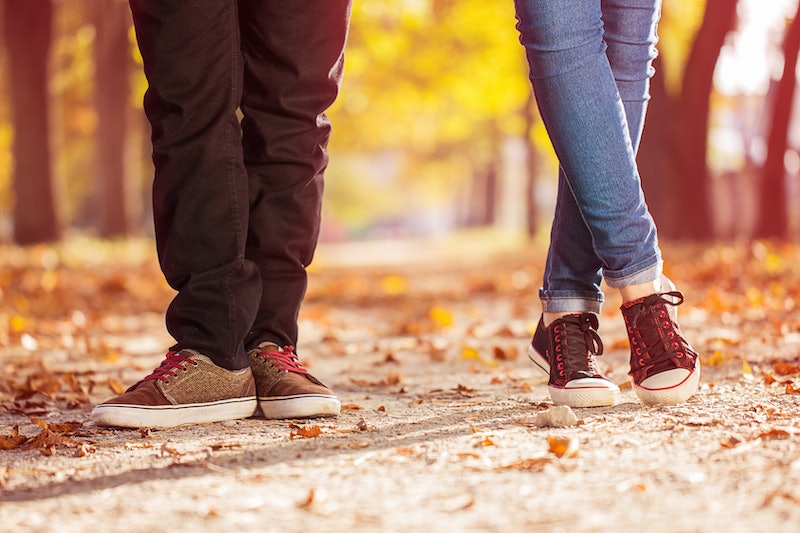 We're all busy people, right? And when you go on a first date, it's a real time commitment. There's the chatting leading up to it, the organization, and then giving up an evening or afternoon to the date itself (even if you have a friend texting you at a strategic moment with an escape plan). And if you're dating multiple people, it's a whole lot of time you're spending and, potentially, feeling like you've wasted if it doesn't go well. One of the best things you can do is to know what you want and be able to spot people who can or can't give it to you— fast.

And there are so many people out there who just aren't mature enough to be dating. Either they only want sex— which is totally fine, but they shouldn't be pretending to want anything else— or just are too immature to really be present in a balanced and equal relationship. But how do you know? How do you make sure you don't end up three months in with someone who really should be taking some more time to grow up before they even begin to try dating properly? Well, unfortunately there are no clear signs, but there are definitely things to watch out for.

Here are seven things an immature man does on a date, because acting macho is actually about as immature as it gets:

Gah, it's a massive pet peeve of mine. The phone should not come out on a date. Yes, you can sneakily text your friends how it's going from the bathroom or the bar (and you should, because someone needs to know about their hilarious facial hair), but at the table it's a no phone zone.

This should go without saying, but it happens! My friends have gone on dates where they've caught the guy swiping and chatting on Tinder while on a date. Talking on Tinder, while you're on an effing date. I can't believe it, but it's a real thing. Talk about immature — whether you're so easily distracted you can't sit through an evening with just one person, or you care so little about the other's feelings you don't mind making it awkward. Either way, it's not OK.

3. Talks About How Important His Job Is

Another "macho" move. It's important to get to know each other and you'll obviously end up talking about your jobs, but it shouldn't turn into a lecture about how great it is and how shiny their shoes are. It shouldn't, but it definitely happens. I spent a whole evening learning how important and fascinating mergers and acquisitions are. You know what's not important or fascinating? Mergers and acquisitions.

Why is it that some people seem to take a date as an opportunity to monologue? It's not sexy. Yes, you want to learn about them— but not just about them. You want to feel like there's some balance and, more importantly, they need to demonstrate that they're interested in you too. If they're still not mature enough to care about other people, they definitely shouldn't be dating.

Nope. As you get further into a relationship with someone, you'll probably have some frank conversations about what went wrong in earlier relationships— that's normal. But he should never straight up badmouth his exes, especially on one of the first few dates. It shows a lack of a maturity (and also that they're not really over it).

If you're hooking up, no problem. But if you're there for a date and the whole thing is about getting you in bed, then he shouldn't be on a date at all. I'm all for sex on a first date if you both want to, but if he expects it then he has a really immature view of dating.

7. Orders For You Without Even Asking What You Want

You're a grown-ass woman. You know what you want to eat and drink. If he can't see that, stay away.