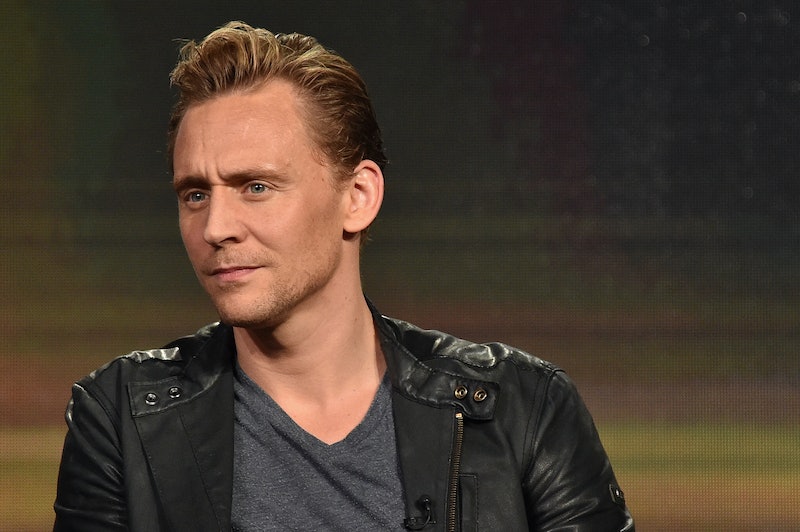 Prepare yourselves because this news is both huge and potentially heartbreaking, Marvel fans. During a routine interview with The Daily Beast, Tom Hiddleston said Thor: Ragnarok is his last Marvel movie, as far as he knows. His exact quote was: "Thor 3 will be cool because I’ve not done it for four years. I love working with Chris [Hemsworth]. This will be my last time out of the gate." Commence crying now.

That definitely sounds like Hiddleston is preparing to say goodbye to Loki for good. When The Daily Beast asked if that meant he wouldn't be in Avengers: Infinity War, Hiddleston replied with a small glimmer of hope, "I don't know! Honestly, I don't know. They haven't got their ducks in a row yet. They make it up as they go along." Of course, anyone who has followed the intricate planning process behind the Marvel Cinematic Universe (MCU) knows that is not usually the case. Marvel is meticulous about planning out their future films, and the Avengers: Infinity War screenwriters are currently busy working on the scripts for the two-part movie now. If Hiddleston isn't locked in yet, then that could mean Thor: Ragnarok will be the last time Loki is on the big screen.

If Hiddleston is saying goodbye to the MCU, it's not too surprising. Hiddleston's career has taken off in a major way. I Saw the Light is currently in theaters, High-Rise is hot on its heels, and the blockbuster Kong: Skull Island is set for 2017. That's not to mention his TV work on The Night Manager. With Hiddleston in high demand, and the MCU focusing on introducing new heroes and franchises outside of the core Avengers fans have come to know and love, now could be the natural time for Loki to hang up his staff.

If the MCU is losing Loki, then they are also losing their most memorable villain to date though. Because of his conflicted nature and Hidddleston's masterful performance, Loki is a villain with soul who fans have latched onto in a major way. There was an expectation that Loki could play a major role in Avengers: Infinity War, given his personal connections to the infinity stones and Thanos. It makes much more sense for Loki to be included in the Infinity War than for the character to end his run in Thor 3, but Marvel is all about the surprises.

All hope isn't lost just yet, but it certainly sounds like Hiddleston is prepared to say his goodbyes to Loki soon. Whenever he leaves, the MCU just won't be the same without Loki's special brand of mischief.