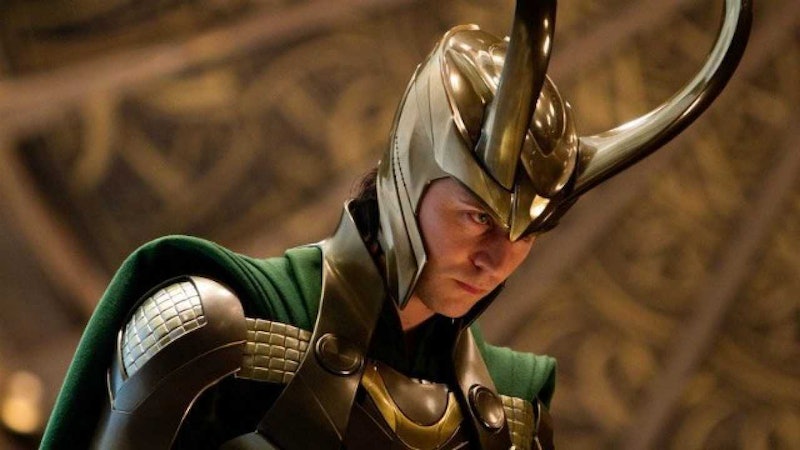 Marvel fans know it: There's no way we've heard the last of Loki. Though the trickster half-brother of Thor first tried to banish the Asgardian Avenger, then tried to kill his adoptive father, then tried to claim Earth for himself with an alien army and get revenge on the dark elves that killed his mother, he's still managed to become one of the most beloved characters of the Marvel Cinematic Universe (alongside Black Widow, of course). It doesn't matter what he does. He could actually kill Odin — and he probably did, considering where we last saw him in Thor: The Dark World — and fans would still love him, which is why he would be a great new lead for the future of the Marvel movies.

Marvel Studios president Kevin Feige eventually has to come up with a game plan for what he's going to do after the fourth Avengers movie, which is where all his current films are leading. He could take this world in a number of different directions — either completely starting anew and tackling a different story arc, or (and hear me out here) making Loki the face of the franchise moving forward. Honestly, there seems to be no other alternative than the latter.

What if it ended up being the latter scenario? Would it be the worst thing in the world? The short answer is no. The long answer is all these reasons explaining why it's the best.

Tom Hiddleston doesn't need any of Loki's Asgardian magic to place us all under his thrall. All he needs are those sparkling eyes of his and one well-placed gaze. Look into his eyes in the GIF above and just try not making out with the screen. It's...oddly difficult.

There's nothing on Earth that can stop Hiddleston from busting a move. The man's hips alone became instant Internet sensations, which means that's a constant stream of free promotion for any film he's in.

When Hiddleston walked out on the San Diego Comic-Con stage dressed as Loki, the audience erupted with a wall of sound made up of excitement and tears of joy.

4. Everyone Is Beneath Him

Loki is on top. When last we saw him, he had disguised himself as Odin and was sitting upon the throne of Asgard. So, yeah, there's no one really above him at this point. But even if he wasn't, there's still no comparison for the sass and the ambition and the constant bitch face he exudes to the rest of the world. If you believe you're better than everyone else, then you are. Loki taught me that.

5. There's A Comic Book Romance We Want To See

Back in 2013, Hiddleston pitched a storyline to Marvel to adapt Loki's famous comic book romance for the big screen. His character has a relationship with Enchantress, one of the most powerful Asgardian sorceresses who uses her sexuality and magic to seduce her victims. She was portrayed by Elena Satine on Agents of S.H.I.E.L.D., and it's likely that she won't appear in the movie universe, but she speaks to a whole other level of Loki's character that I would love to see explored.

Loki has some major daddy issues. He's really a giant ice baby who was found by Odin after the epic battle involving Asgardians, and he was adopted as a member of the royal family. Understandably, he doesn't get along with his adoptive dad. He tried to kill him a couple times and may have succeeded. I guess we'll find out what happened to Odin in Thor: Ragnarok.

The Avengers taught us that Marvel can always use more Loki. Whether it's a sassy comment or getting pummeled like a rag doll by Hulk, he livens things up and offers some much-needed comedic relief.