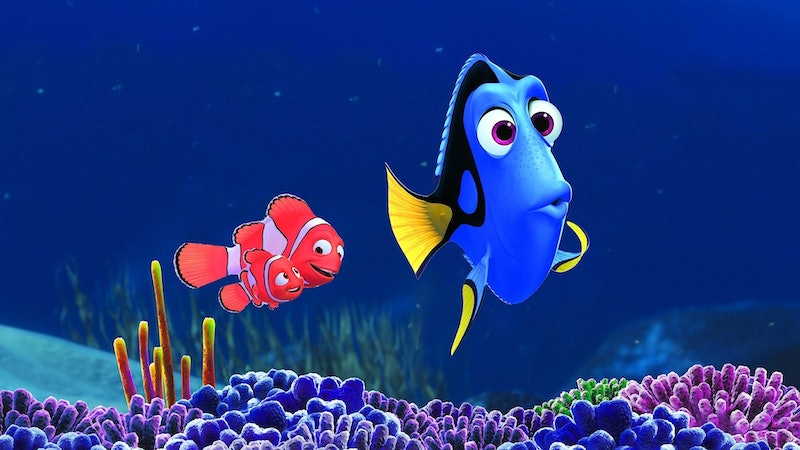 It’s been 13 years since Finding Nemo was released to much critical acclaim in 2003 — and since then, an entire generation of viewers who grew up watching Nemo trying to find his way home through the big bad ocean have grown up and become adults. We’re older now, with relatively discerning taste, and no matter how much acclaim an actor gets, we’re still impressed more by their ability to make our hearts sing with nostalgia more than anything else. This is why I was totally delighted to see the new lineup of cast members joining Finding Dory, the sequel to the animated movie we all fell in love with in our younger days. According to The Hollywood Reporter, in addition to the original cast members, Finding Dory will also star Idris Elba, Kate McKinnon, Diane Keaton, Eugene Levy, Ty Burrell, and Bill Hader. Clearly these casting directors know their audience.

By throwing the stars of some of today’s hottest shows into the mix — McKinnon and Hader have both been on Saturday Night Live (McKinnon is a current cast member, in fact) — producers ar clearly trying to appeal to an older audience with these casting decisions. Gone are the animated movie days of picking out pop stars from the cover of Teen Beat to reel in the kiddies (I’m looking at you, Jonathan Taylor Thomas in The Lion King). Instead, Pixar has made a wise decision to include its grown-up audience members that they know will be lining up outside the box office to score opening night tickets to this hotly anticipated movie.

And why wouldn’t we? It’s the sequel to the movie we grew up watching. Finding Nemo defined a generation of animated movie viewers with its catchy lines and hysterical characters. I’m just happy to hear that Finding Dory will work to include that same audience in the hype and appeal of the sequel.