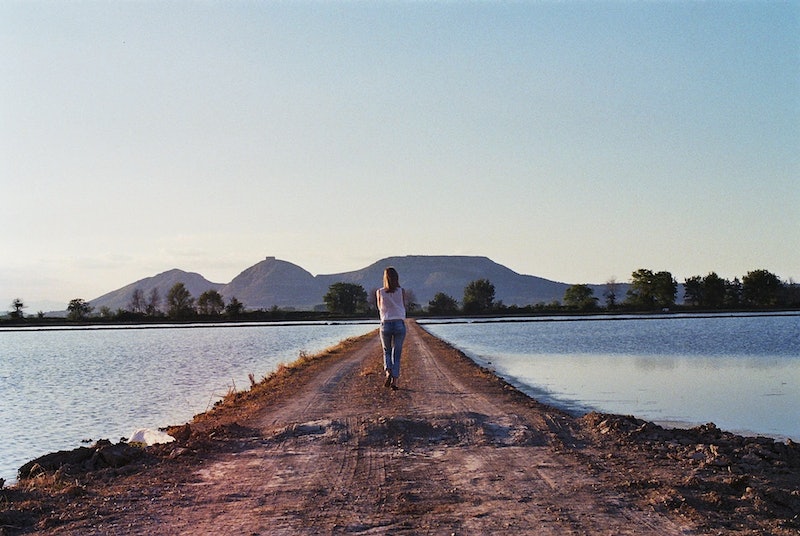 Did you know books about mental illness exist beyond The Perks of Being a Wallflower and The Bell Jar? Of course, these are both awesome, important books, but often it seems as though many of our reading lists start and end there. While I read these novels upon teacher's recommendations in high school, I was never pointed towards other books that tackled similar issues. Which is a shame, because there's an incredibly large and powerful body of work that aim to put a very human face on mental illness.

This not only changes any preconceived notions we may have about mental illness, but for those of us who struggle to some degree with our own issues, it gives us someone to relate to. We need to write about mental illness in a real, sometimes funny, sometimes painful way in order to understand that there's not always a huge difference between those that battle with it and those that don't. And if we continue blur this line and destigmatize mental illness, more of those who need help will be comfortable getting it.

1. Woman on the Edge of Time by Marge Piercy

After getting into an altercation with her niece's pimp boyfriend, Connie Ramos finds herself locked up in a psychiatric hospital. Despite her pleas, no one will believe that she isn't actually crazy, and she finds herself subjected to more and more extreme treatment. In the midst of this, Connie begins being contacted by members of a future Utopian race who need her help to ensure that their peaceful future isn't compromised. Readers are left to decide if Connie's visions are real or merely hallucinations brought about by her mental deterioration.

2. Made You Up by Francesca Zappia

Because of her schizophrenia, Alex is never quite sure what's real and what isn't. That's why she keeps her camera with her: her memories might lie to her, but her camera will tell the truth. All she wants is to keep her mind under control long enough to get through high school and get into college. Then she meets Miles, a boy who might be from her past and might or might not be real. A fantastic unreliable narrator and a love story that might be a figment of her imagination? Yes, please.

It's Kind of a Funny Story by Ned Vizzini

Craig comes from a good family, is enrolled in a competitive school that's setting him up for a successful life, and is so miserable that he's contemplating suicide. To the surprise of those around him, he decides to check himself into a mental hospital and get help before it's too late. Once there, the usual shenanigans occur: he befriends his quirky fellow patients, falls in love, and starts to face his issues head-on.

When Susanna Kaysen was 18-years-old, she found herself shipped off to McLean Hospital, a famous refuge for the rich and mentally ill (Sylvia Plath was a past patient). Kaysen would spend the next two years there, living in a ward with other young women with deteriorating mental states and enough money to seek treatment at such a famous psychiatric hospital. The memoir offers a look into the life of a psychiatric patient as she navigates the world of mental illness in the 1960's.

Flynn is known for writing complicated, troubled heroines, but Camille Preaker might just take the cake. Camille is a journalist whose troubled past includes self-mutilation that has left almost her entire body carved with words. After a stint at a psychiatric hospital, Camille is sent to cover the murders of two young girls in her old hometown, where her mother and stepsister still live. As Camille tries to solve the murders, she comes face-to-face with her own demons.

Lawson's second book of essays chronicles the author's journey living with mental illness, albeit in an off-the-wall, bizarre way (there are a lot more koala costumes and taxidermy animals then you might expect). What's great about Lawson is that, although she approaches her mental illness with a ton of humor, she never downplays the effect it has on her life. She's as candid about her bad moments as she is about her good ones, and her memoir oscillates between being laugh-out-loud funny and heartbreaking.

Samantha McAllister might look like your typical popular teen queen, but she's got a secret (that's why her hair is so big): she suffers from OCD. She hides it from her friends, but trying to balance her OCD with her catty social circle is starting to get exhausting. Then she meets Caroline and the misfits who make up Poet's Corner, and suddenly Samantha feels like she can begin to let her guard down.

The Shock of the Fall by Nathan Filer

Matthew, a schizophrenic, is certain that he is to blame for the death of his beloved brother, Simon. Is he actually guilty, or is this merely a symptom of his psychosis? Of course, you'll have to stick around until the end of the book to find out. In the meantime, we watch Matthew's mental health deteriorate as he finds himself haunted by the memory of his brother and consumed by his own guilt.

Will Heller, a 16-year-old paranoid schizophrenic, has escaped the psychiatric ward and is off to save the world. No, seriously: the world is being destroyed by global warming, and only Will can save us. In order to do that, however, he's going to have to lose his virginity. As Will embarks on a rescue mission through the New York subways, his mother races to find him before he loses himself to his psychosis.

Sure, 15-year-old Jeff slit his wrists on New Years Eve, but he is definitely not crazy. At least, that's what he keeps telling himself and everyone else. Involuntarily confined to a psychiatric ward for 45 days after his little "incident," he can't stand being around all of the other kids in the hospital, the ones who actually need to be there. (Because he is TOTALLY NOT CRAZY, GUYS.) Slowly but surely, though, Jeff begins to face his own issues that culminated in his suicide attempt.