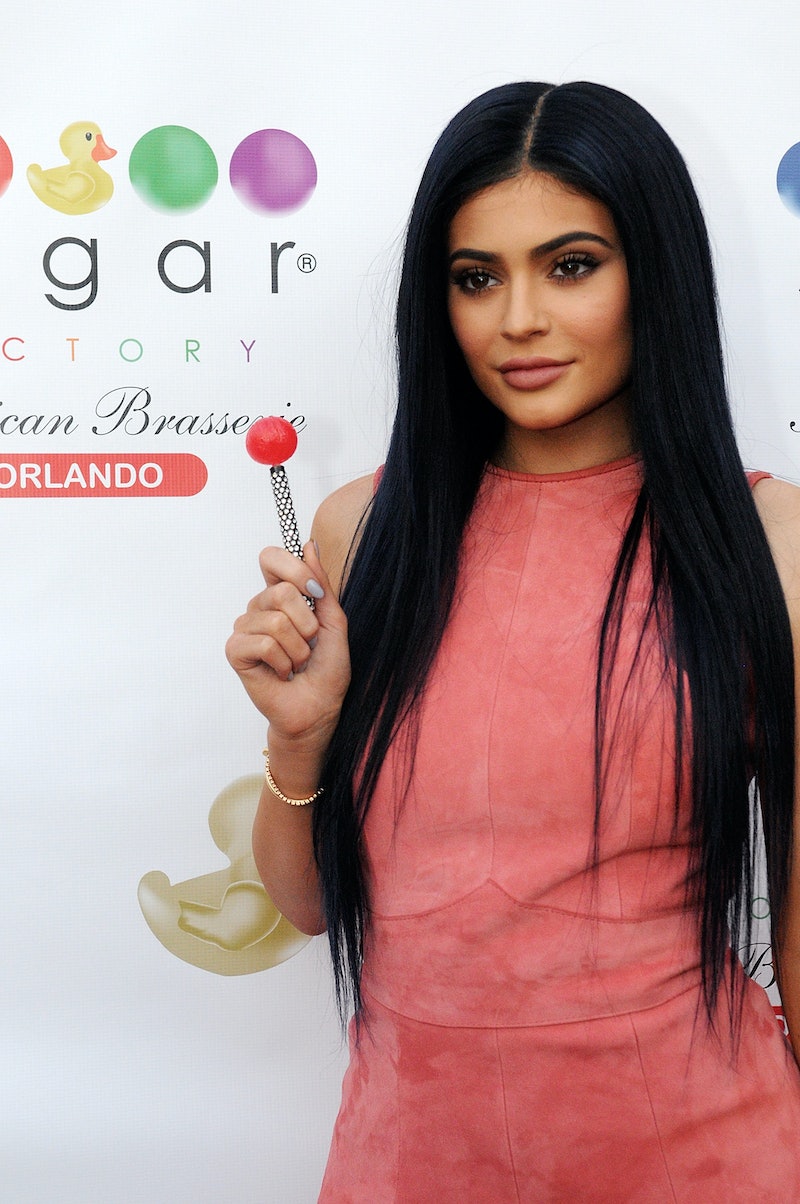 A lot has been made of Kylie Jenner's collaboration with PUMA. Eveyone knew from the moment it was announced that it was sure to be a hit. After all, practically everything that the youngest Jenner touches turns out to be one. Now, Kylie Jenner has shared another PUMA look on her Instagram, and surprise — it's totally cute!

While Jenner shared the image on Wednesday night, it wasn't the first time that her PUMA collaboration has made waves on the Internet. Before the campaign was even officially, it was getting serious attention thanks to social media. It's hard to forget Jenner's brother-in-law, Kanye West, going on a little bit of a rant over on his Twitter regarding Jenner's then only potential work with the athletic brand. West, who has an obvious link to Adidas, seemed to believe that a collaboration between another member of the family and PUMA would cause friction within the family and that Jenner was on "Yeezy team." We know now, though, that while Jenner may still be #TeamYeezy, she's got a thing for PUMA, too.

Unlike her PUMA celebrity cousin, Rihanna, though, Jenner is not designing with PUMA. Instead, she's working as a brand ambassador for their PUMA Fierce campaign, and if the photos are any indication of the overall look of the Spring/Summer apparel, it's definitely fierce.

The super cute white background short and jacket combo is adorably adorned pastel watercolors. Jenner is also sporting the PUMA Fierce sneaker, a carry over from her original post from March.

The new, lighter look differs pretty majorly from the more subdued and classic blue and black look from the original PUMA Fierce post. It's definitely showcasing the range of the collection, though.

While Jenner didn't necessarily help design the PUMA Fierce looks, she's an amazing ambassador for the brand. From her insane reach on social media to her own personal style, I doubt PUMA could have found a more ideal spokesperson.