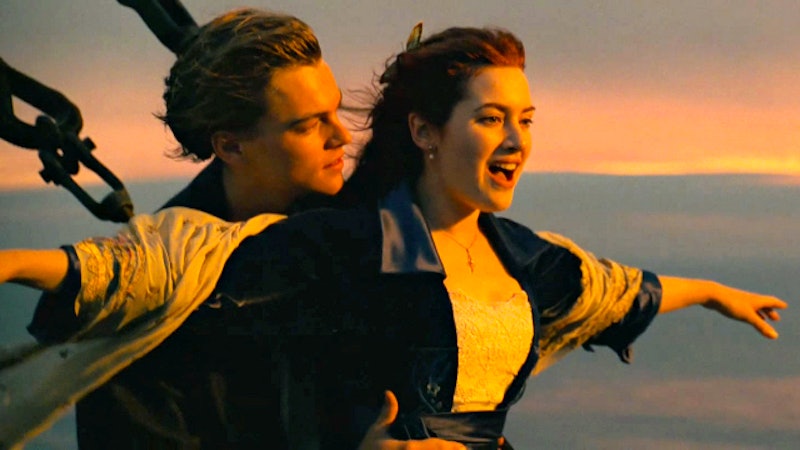 The first 2016 blockbuster season just kicked off with Batman vs. Superman, paving the way for comedies that go big, action movies with all the explosions, and maybe even a sleeper romance hit or two. I know not everyone enjoys the summer and holiday blockbuster seasons, but I love them. It's all the '90s fault — '90s blockbusters were the best. This was an era when Will Smith was a box office god and a nearly four hour-long love story/disaster movie stayed in theaters for almost an entire year. Those were good times to be fan of big movies, but how many of them still hold up?

I have revisited some '90s blockbusters and been surprised by just how unkind time has been to them. There are some movies that raked in cash at the box office that now look totally cheesy, but that is the way of the '90s, not every artifact of the era can survive (RIP oversized scrunchies). However, the blockbusters on this list are just as amazing now as they were when you were eight watching them on the big screen for the first time. So before you head out to the theaters to see the next big superhero movie this summer, give these '90s blockbusters a rewatch and bask in their continued awesomeness.

The world will never be over Jack and Rose. Titanic premiered in November 1997 and stayed in theaters for almost an entire year. People couldn't get enough of it then, and the ongoing debate over whether Jack would fit on that piece of wood proves Titanic is forever on your mind.

Jurassic World was awesome, but nothing can compare to the original. Those dinosaurs still look as scary now as they did in 1993, and Jeff Goldblum remains crushworthy to this day. Plus, the Jello scene! This movie is actual perfection.

It's been over two decades since Toy Story premiered, and the franchise is still the gold standard of Pixar movies. Buzz and Woody's adventures are still as funny and poignant now as they were 20 years ago.

Think about it, if Bill Pullman ran for President of the United States would you vote for him? You know you would because he made the best presidential speech of your generation — it just happened to be in a movie.

Honestly, all of Disney's animated films from the '90s hold up, but Simba's journey is still making an impact on generations of kids to this day. Beautifully animated and a total tearjerker with catchy songs, The Lion King is still living the hakuna matata life.

Forget the catchphrases, this movie lives on because of badass Sarah Connor and her transformation into a take no prisoners soldier just trying to keep her son safe from robots from the future.

My favorite kind of blockbuster is the surprise blockbuster. No one expected this little psychological ghost story to become a monster hit, even with Bruce Willis in the lead. Then the twist ending — and every haunting frame that came before it — ensured The Sixth Sense would become one the greatest scary movies of all time.

From the unforgettable theme song to Agent J's concern over "flashy thinging" people this movie is still fun, hilarious, and visually stunning. If you think the lackluster sequels have diminished the original, watch it again this weekend to remind yourself how awesome it is.

Speed's plot is so simple it really shouldn't work, and yet it is a thrilling action movie that proved Sandra Bullock was a total movie star.

The Mummy just does not get enough credit. It is the ultimate popcorn flick and its heroes are smart people. There is nothing not to love about watching Brendan Fraser and Rachel Weisz taking on a super angry ancient mummy.

Precious few '90s blockbusters centered around women, but Sister Act had an almost exclusively female cast and it was a huge hit. If you ever need a reminder that Whoopi Goldberg is one of the funniest comedians ever, then just settle down to watch this movie and laugh your butt off.

Popcorn movie season is here guys, but if you don't feel like heading out to the theaters then just queue up one of these larger than life movies from the '90s and enjoy blockbuster sized fun from the comfort of your couch.