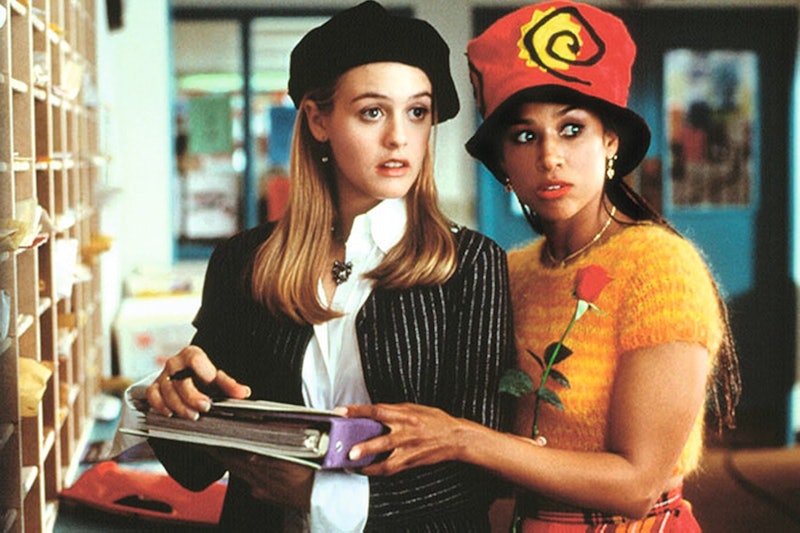 The 1990s were a pretty iconic time. What with the slap bracelets and scrunchies and more Lisa Frank products than any of us knew what to do with, it was a pretty awesome time to grow up and to be a kid. And when it came to the entertainment we consumed — music, movies, television shows — everything was totally top notch. I may be a little bias because I am a child of the ‘90s, but it seems to me that some of the most iconic movies came out in the 1990s. They were epic love stories and campy cult classics and featured more action than anything that came before. And they were all pretty much amazing. Sure, there were a few duds, but for the most part the movies that came out of the 1990s were epic.

So when I think about the iconic movies of such an iconic decade, I can only think of the cream of the crop. These 14 movies really are the best. They’re the movies you saw in the theaters as a kid, the movies you watched on repeat at home on your VCR, and the movies you played at some of your most memorable sleepovers. These were the movies that defined our generation. And the fact that they just happen to be some of the most iconic films of all time says a lot about what an amazing decade it was.

This epic film about a man named Gump taught us about American history and the human heart. From the KKK to the days of Disco, this movie covered it all.

This was totally the movie you watched late at night after you parents had gone to sleep. After watching, you probably tried to mimic Uma Thurman’s shiny bob and to understand why that guy had a ball in his mouth.

The movie that blew our collective minds, The Matrix made us all challenge reality and what it was to exist in our world.

A summer blockbuster that carried into the fall of our lives. This movie about dinosaurs being cloned into existence was awesome, terrifying, and politically relevant.

Every kid’s dream come true: Making their family disappear. Except for Kevin McCallister, it was more like a nightmare. Now a Christmas classic, this movie probably made you wish your family would disappear so that you could have that much fun.

Don’t pretend like you didn’t see this movie in the theater at least three times… and then cry a little when it came back recently in 3-D.

The ‘90s may as well have been the decade of Disney, because those clever folks in animation cranked out some seriously impressive movies that absolutely defined our childhoods. This one about a lion cub who will one day become king was just the start.

Another Disney classic, this time featuring the mischievous Aladdin and the vocal genius of Robin Williams as Genie.

9. Beauty and the Beast

The soundtrack that defined our early lives, we likely aligned ourselves with Belle and came to love the Beast with all of our hearts.

I’m still not entirely sure what was happening in that last scene with Mel Gibson screaming on the table, and when I saw it for the first time I was definitely too young then to get it. Still, this epic film was beautiful and terrifying and so emotional.

The movie that helped you to see the beauty in a piece of trash. I’m talking about the plastic bag, guys.

This goes without saying, no? This movie about an L.A. prostitute who is “saved” by a rich businessman had us all wishing we were hookers. Er, I mean princesses.

Like you didn’t plaster pictures of Matt Damon all over your wall and secretly talk to him in a Boston accent late at night, too.

So iconic that it probably made you go out and buy a skirt suit, didn’t it?

Now excuse me while I go pull out my secret stash of slap bracelets and get to watching.