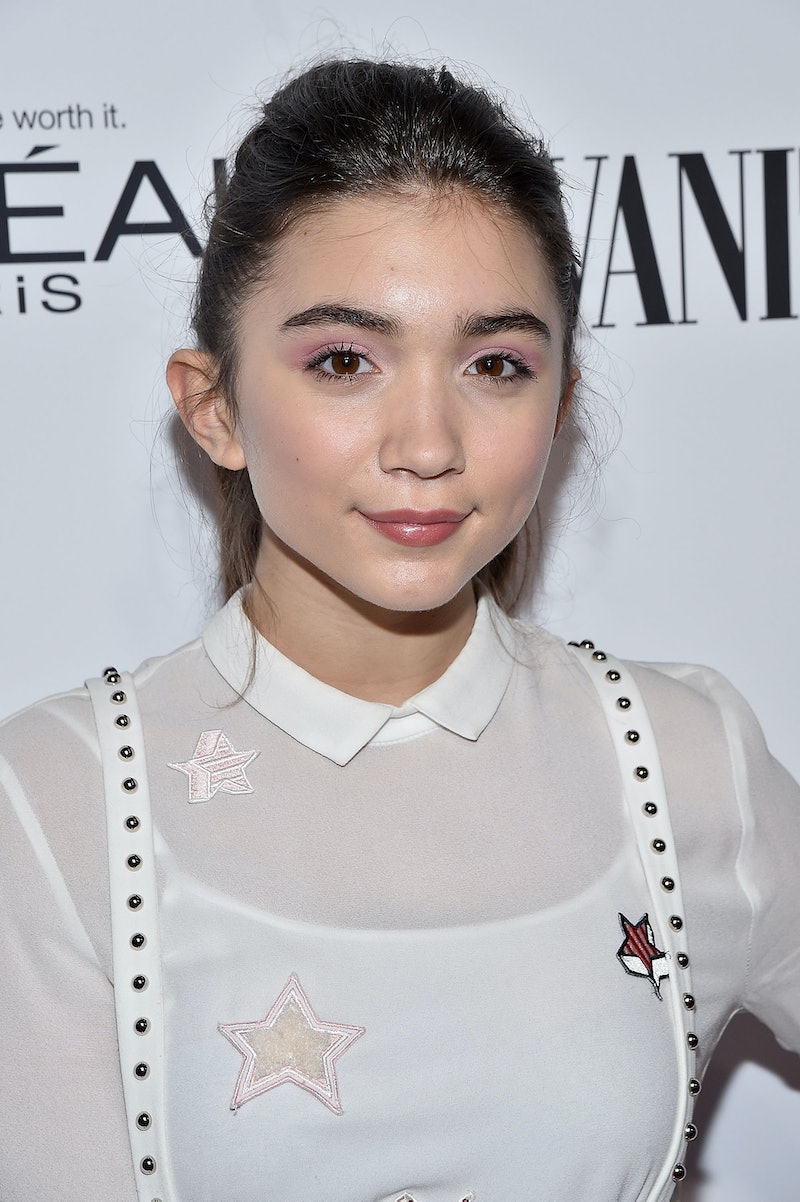 Girl Meets World star Rowan Blanchard is 14 years old and is one of the most prominent, outspoken feminists in young Hollywood today. Blanchard frequently speaks on feminism in a way that is relatable, accessible, and most of all, important — important to her peers and others around her age, yes, but also to society as a whole. Blanchard's fame and starring role on a Disney Channel show not only give her a platform to speak out on such issues, but she does so in a way that is down-to-earth, approachable, and easy to understand. In a recent interview with, well, Interview, Blanchard revealed that being cat-called at the age of 12 was what sparked her involvement in feminism. In hearing her story, it becomes crystal clear that her experience with sexual harassment is one that is not only all too familiar — but also all too prominent.

"I would always acknowledge—personally, not publicly—the things that were going on, things that were happening in the world. But I still didn't make the connection that those things happen to me," she explained of the situation that led her to speak out about feminism. "I remember I was at a movie with my friend, and we were both in skirts—this was two and a half or three years ago—we were waiting outside the movies for my dad to pick us up, and this grown man came over and was like, 'You guys need a ride anywhere?' I was 12 years old and my friend was 15. And I just remember sitting there feeling my heart sink into my stomach."

Unfortunately (and horrifically), Blanchard's experience is not unique. According to an iHollaBack infographic (as cited by Elle), 84 percent of women in the United States have already been catcalled by the time they're 17. And like Blanchard, 13 percent have reported experiencing street harassment before they were even 13.

It's a story that the majority of women out there can relate to — how many times have we been taught that sexual comments here and there, a wolf-whistle on the street, etc. are such normal behaviors that we have to find ways to adapt to them? On a personal note, almost every time I step out my apartment and onto the streets of Manhattan wearing a dress, men take it upon themselves to comment about my appearance in a way that makes me feel both uncomfortable and furiously angry.

"It was such a surreal moment," Blanchard continued about her experience. "Because I always see that happening in front of me; I always see girls getting catcalled. But up until that point, I hadn't experienced it. And it was like I was out-of-body for a second. I had seen that in movies, on TV, on the news. But when it happens to you, it's like, 'Oh, crap, this is real; people look at me this way. And people look at other girls this way.' I went home that night and didn't tell anybody. I didn't tell my parents because I was ashamed that it was what I was wearing. I was like, 'Gosh, I shouldn't wear a skirt next time. What am I doing?'"

"My sister was 10 at the time, and I remember lying in bed and thinking, 'I don't want that to ever happen to her,'" Blanchard said. "Then, once it happens to you, you see it everywhere. When you're watching your favorite TV show, you see a joke that maybe would have gone over your head a month ago. You can't escape it."

It makes sense that once the situation gets personal — it happens to you or someone you know — that it opens your eyes to it happening around you. It now affects you on a different level. And for someone to be so #woke at just 14, and to use her platform and experience to help put a stop to this for other girls — it is impressive, it is admirable, and it is exactly what Rowan Blanchard is doing.

"There's really nothing you can do except endure it and try and speak out about it. So that's what I tried to do. Because it started consuming me," she explained. "And, when girls would come up to me and be like, 'I watch your show,' I would think, 'Has this ever happened to this girl? Of course it's happened to this girl, because it happens every day.' And it just started overwhelming me. So I started putting things on Twitter, Tumblr, and Instagram, because I realize that I have a following, and most of the people who watch our show, I would say, are girls. And I didn't want them ever going through that. I just started doing it [speaking out] because I couldn't bear it anymore."

And I, for one, am certainly glad she has.