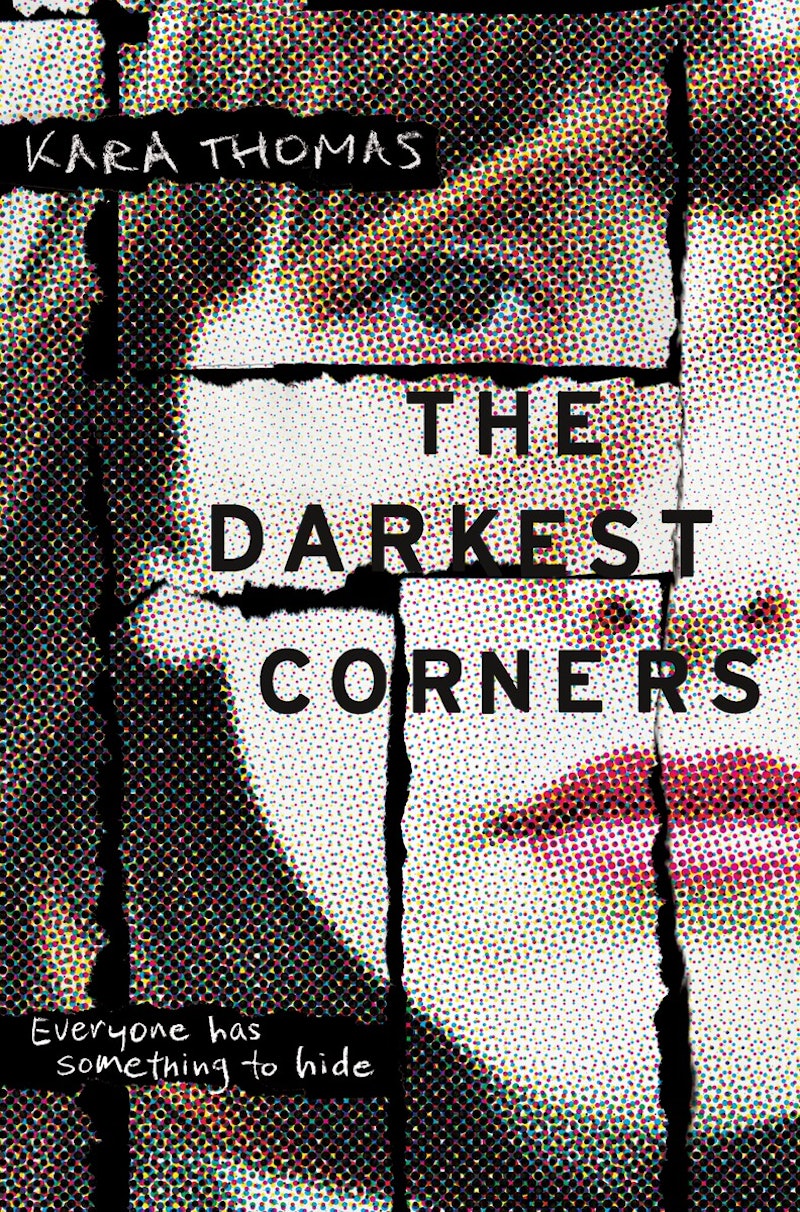 Are you looking for books like Gone Girl with a young adult spin? You're in luck. In The Darkest Corners, author Kara Thomas explores the nature of truth, childhood friendships, and the unreliability of memory in shocking ways. Fans of authors like Gillian Flynn and books like The Girl On The Train and Luckiest Girl Alive won't be able to resist this YA thriller, on sale April 19.

When Tessa was nine years old, she and her childhood best friend, Callie, were the only witnesses to the brutal abduction and murder of their babysitter, 19-year-old Lori Cawley, Callie's cousin. Authorities in Fayette, Pennsylvania, determined that Cawley was the fourth woman to be murdered by a serial killer the media dubbed "The Ohio River Monster."

The two girls never discussed the events of that summer's evening, and Tessa eventually moved away — leaving behind her best friend and the memories of that horrific night.

Now Tessa is back, and she's looking for answers. Callie may want to forget her problems in a haze of partying, but Tessa wants to find the truth once and for all — specifically the truth about the man on death row for the murders: Wyatt Stokes. But, she's also looking for answers regarding her father, who died of cancer while serving a life in prison sentence.

For a sneak peek of one of April 2016's most highly anticipated YA novels, take a look at the exclusive excerpt below. In this scene, Maggie, Callie's mother, and Tessa cope after learning of the death of Tessa's father.

“Come on, Tessa,” Maggie barks, as if I were the one holding us up. She drops my hand, and I follow her outside.

The doors slam behind us, shutting out the darkness of the prison. The sun streams into my eyes.

Maggie is wearing the same face she had on outside the courthouse the day Stokes was sentenced to death—as if all the light had been sucked from the earth. I wasn’t there for the sentencing; Joslin, my mother, and I watched the local news from our living room so we could hear the judge’s decision. One of the camera-people got a shot of Maggie and Bonnie Cawley, Lori’s mother, on the steps afterward.

I didn’t understand why Maggie didn’t look happy; Stokes got the death penalty, just like everyone had hoped he would. Maggie wouldn’t talk to any of the reporters, but Bonnie looked right at the camera and said she’d be front row at Wyatt Stokes’s execution.

I’d heard Maggie explaining to Callie that Lori’s murder had changed Callie’s aunt Bonnie. At Stokes’s bond hearing, Bonnie had waited on the steps of the courthouse until the guards had brought him in and she could tell him to his face that he was Satan’s child. Bonnie hated the man who killed her daughter so much that she hadn’t been able to go on living until she’d found out he was going to die.

But I look at Maggie now, and I know that hate isn’t something you can put in a person’s heart by taking away something they love. You either have hate in you or you don’t; it hides in someone’s body like a cancer, waiting for the right moment to come out.

But I look at Maggie now, and I know that hate isn’t something you can put in a person’s heart by taking away something they love. You either have hate in you or you don’t; it hides in someone’s body like a cancer, waiting for the right moment to come out.

I didn’t realize I had so much hate in me until right now. I don’t hate Wyatt Stokes for making us live in fear. I don’t hate my father for being sent to prison, and I don’t even hate him for not holding on for a few more hours when he knew I was coming to say goodbye.

It’s my sister I hate. My only sister, who kissed my eyelids when I cried and let me hang on her like a monkey at night, taking up the whole bed with my tiny body. My sister, who protected me when my father went to jail and our mother unraveled in front of us. Joslin, who said she’d never leave me but ran away from home two days after my ninth birthday and never came back.

Only she did come back. Just not for me.

Go to DarkestCornersBook to pre-order now and be the first to read the shocking last line. And for more exclusive reveals from The Darkest Corners, sign up for FirstInLineReaders.com.