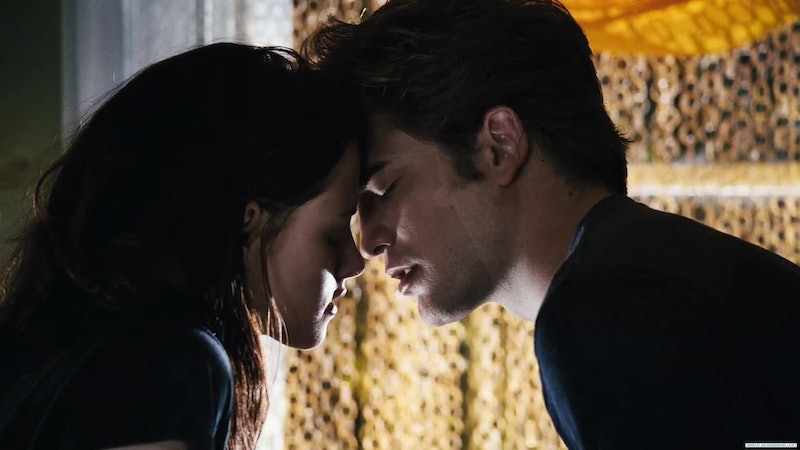 I can’t fully explain my feelings about literary couples, but I suppose I can say one thing for sure: I love them. But, in all honesty I dysfunctional literary couples more than I probably should. Perhaps that’s because I find it super boring when the couple finally gets together: Where does the fire go? Where does the passion go? Sure, there are some cute literary couples out there that makes it all worthwhile, but in the end, I’ll take a will-they-or-won’t they all the way up until the final page.

Then again, there are some pretty gnarly couples out there, if you really take a look at it. Jay Gatsby and Daisy were absolutely awful for each other, since their relationship was entirely based on basically how many shirts Gatsby had. Lady Brett Ashley and Jake both desperately loved the idea of loving each other, but never got around to it thanks to a nasty war injury (thanks, Hemingway!). Sure, that angst and longing keeps pages turning, but at the end of the day, these people are just not right for each other.

I’ve put together a list of 10 literary couples who clearly have toxic relationships. Sometimes they’re fun to read, other times it’s just painful. But hey, if the path for true love always ran smoothly, we wouldn't have some of the best books in history.

1. Edward and Bella from Twilight by Stephenie Meyer

Seriously, entire books could be written about how horrifically toxic this relationship is. Edward is a textbook abuser. He "removes a car engine so that Bella can't visit her friends" and "constantly tells her that it's only because of his epic self control that he doesn't just murder her right then and there." He threatens to kill himself if they ever break up. Bella isn't much better. By the end of the series, she's shed her entire sense of self at the age of 18 in order to live this weird, eternal teen-mom vampire life. Remember the fact that she's convinced her own mother that she's dead? Way to go, Bella.

First of all, being married to a madwoman in an attic is not healthy, but in this unofficial prequel to Jane Eyre, matters are made worse when we learn that Bertha Rochester is actually a woman named Antoinette, a Creole heiress from Jamaica locked in an arranged marriage with an unnamed Englishman (ahem — Mr. Rochester). As the book progresses, we watch as she is renamed, stripped of her agency, gaslighted, and lied to by an unfeeling man who eventually casts her aside to pursue a certain governess. Reader, I wish she divorced him.

3. Hank and Dagny from Atlas Shrugged by Ayn Rand

Dagny seems to be the only person who appreciates what Hank is doing when it comes to Rearden Steel, but Hank is married. Somehow, no one seems to mind. The true nature of their relationship is revealed when Dagny abruptly leaves Hank for the mysterious John Galt, ending the relationship with a shrug and an "okay." These two were never going to be a match made in heaven.

4. Catherine and Heathcliff from Wuthering Heights by Emily Brontë

Neither of these characters are very nice people, which makes their toxic relationship that much more fun to read. These childhood sweethearts grew up obsessed with each other — only to have Cathy decide that marrying the foundling would be beneath her. This decision leads to a lot of longing, jealousy, and hatred. All of this would have been okay were it not for the fact that the pair in question dragged a whole mess of people into the conflict. Are they embroiled in some sort of epic, insane love that defies description and strains against society? Perhaps. But can you imagine how awful that must be? Not only for the people in that love, but for literally everyone around them?

5. Anna and Vronsky from Anna Karenina by Leo Tolstoy

This love story is particularly brutal. Up until the moment when she first saw Alexei Vronsky at that train station, Anna Karenina was a good woman with a fine reputation, a husband, and a child. Sure, she felt a connection to the handsome soldier, but she also knew better than to risk everything by succumbing to his attention. Well, she knew better... until she didn't. Sure, things were blissful for a while, but when things got hard, Vronsky couldn't measure up to his own love and throws Anna's reputation to the wolves. Much of their toxic behavior can be attributed to the pressures and double standards of Imperial Russia, but I'm of the opinion that it's rude to flaunt your new girlfriend in front of a woman who sacrificed her entire life to be with you.

6. Charlotte Haze and Humbert Humbert from Lolita by Vladimir Nabokov

I know that everyone lists Humbert Humbert and Lolita as one of the most dysfunctional relationships in literature, but I'm hesitant to even call it a relationship. Because Lolita was still a child, she was unable to give full consent. However, do you know who consented to be in a relationship with Humbert Humbert? Her mother, Charlotte Haze. You have to wonder where your life went wrong when your husband has only married you to get closer to your young daughter.

7. Jaime and Cersei from A Game of Thrones by George R. R. Martin

First of all, they're twins. However, it's so much more than that. While Jaime is fully committed to his sister, it's clear that Cersei only loves him because he's a male version of her. She has absolutely no feelings of faithfulness towards him. This, for some reason, comes as a surprise to Jaime when he finds out. Poor guy.

The tragedy of these two lovers is that they are perfect for one another, given their wit and penchant for seduction, but would probably never work out since they would never be able to stop messing with each other or other people. Fun fact: Marie Antoinette really enjoyed this book.

9. Charles and Camilla from The Secret History by Donna Tartt

What is it about twin-cest that adds a particular patina of horror to an already dysfunctional situation? Is it because they shared a womb? Insanely attractive twins Charles and Camilla are a part of a group of friends who first meet in a college in Vermont. It's soon revealed that these charming but secretive twins are having sexual relations with each other, although their relationship goes sour rather fast when Charles starts drinking and abusing Camilla. Matters are made worse when Camilla starts sleeping with another member of the group, which causes Charles to descend into alcoholism. Imagine just how awkward it must be to break up with your sibling.

More like this
16 Novels That Paint A Realistic Portrait Of Abortion
By K.W. Colyard
The Most Anticipated Books Of May 2022
By K.W. Colyard
The Time Traveler’s Wife Book Has A Heartbreaking Ending
By K.W. Colyard
'Bridgerton' Season 3 Includes A Major Cast Shake-Up
By Grace Wehniainen
Get Even More From Bustle — Sign Up For The Newsletter