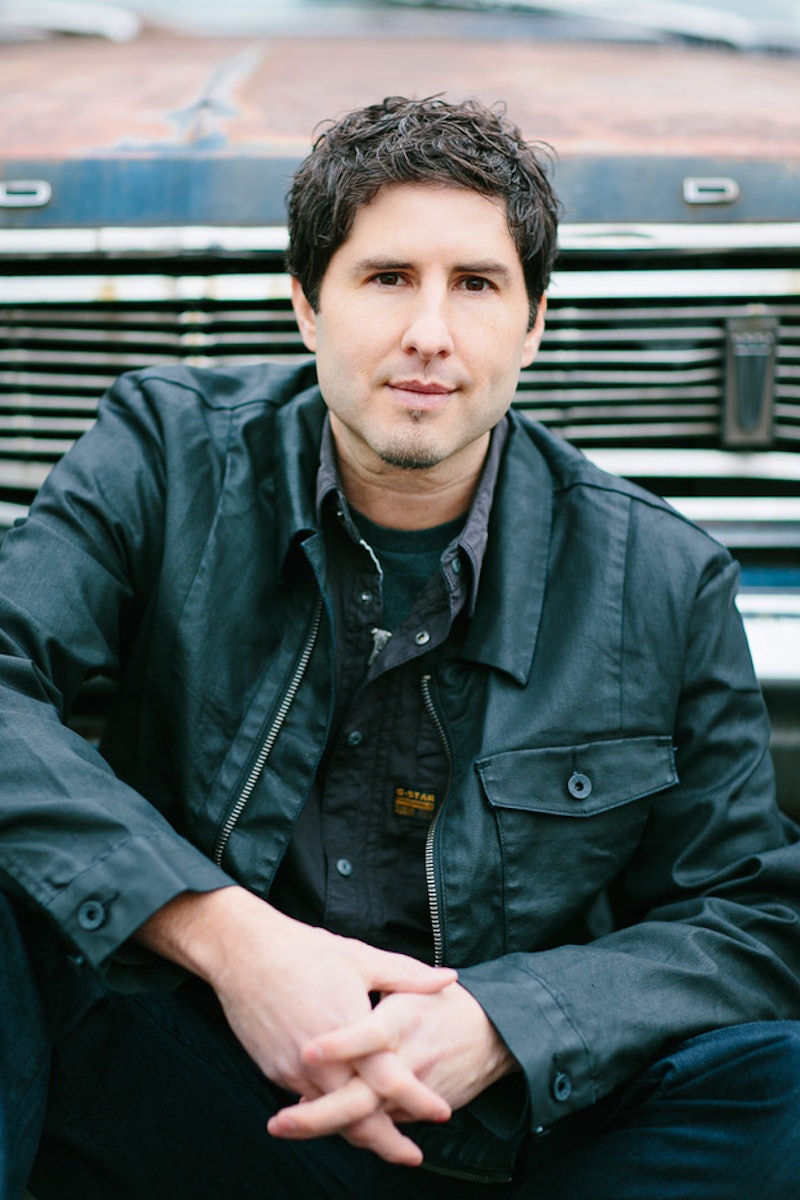 Whether he's writing short stories, YA novels, or children's books, Matt de la Peña's characters feel lived in, like someone you've met before. So it's not just the power of his writing, but the characters you feel for, that you want to get behind that make Matt de la Peña quotes from his books hit you hard.

Growing up Mexican American himself, de la Peña's stories often focus on characters who come from a diverse background and struggle with their identity, no matter if he's creating a picture book or an action-adventure YA series. It's often not the focus of his novel, but race, ethnicity, and identity is imbued throughout, making the characters feel honest and raw. As the writer says on his website, he worked in a group home in San Jose, California, and the kids inspired how he creates his characters: "These kids were just out of juvi and thuggish, but many of them also had an incredible amount of heart."

De la Peña has written six young adult novels — Ball Don’t Lie, Mexican WhiteBoy, We Were Here, I Will Save You, The Living, and The Hunted — and two picture books, A Nation's Hope and the Newbery Award-winning Last Stop on Market Street . He just signed on to the highly anticipated new DC Comics YA novels, taking on the story of Superman. To get you even more excited than you probably already are for this announcement, check out 16 Matt De La Peña Quotes that will make you want to devour all of his books.

1. “That’s the weirdest thing, by the way. That every person you come across lays down in a bed, under the covers, and closes their eyes at night. Cops, teachers, parents, hot girls, pro ballers, everybody. For some reason it makes people seem so much less real when I look at them.”

2. “My stain will never get fixed 'cause it's on the inside. And lasers can't reach there.”

3. “Sometimes when you're surrounded by dirt, CJ, you're a better witness for what's beautiful.”

4. But mostly I remember every morning before school. How she'd say "Hey, honey!" just I was walking out the apartment door. And me stopping and turning around and saying "What?" And her saying "I love you." And me rolling my eyes like I just wanted to hurry up so I didn't miss the bus. I'd start going again and she'd say "Hey, honey!" and I'd pretend I was so annoyed 'cause she was wasting time and I had to go catch the bus. And how secretly it was my favorite part of every day.

5. “The ocean talks to you. Especially at night. Whispering voices that never let up, not even when you sleep.”

6. “But when you read books you almost feel like you're out there in the world. Like you're going on this adventure right with the main character. At least, that's the way I do it. It's actually not that bad. Even if it is mad nerdy.”

7. "Nobody paid him any attention anyway because he was Mexican. He roamed the school halls with his head down like a ghost. Drifted in and out of classrooms without a peep. Nobody even saw him as a real person. But down here, where everybody's skin is dark, everybody seems to be coming at him."

8. “Some people watch the world with their ears.”

9. “He stared at the glowing moon again, and he listened to the whispering ocean. His thoughts were more staticky than before, but for the first time since the summer started, he felt like he understood the ocean's whispering. It all came down to this. The darkness. The loneliness. The mystery. The fact that everyone's days were numbered, and it didn't matter if you were in premier class or worked in housekeeping. Those were only costumes people wore. And once you stripped them away you saw the truth. This giant ocean and this dark pressing sky. We only have a few minutes, but the unexplainable world is constant and forever marching forward.”

10. “I guess I don't really know what I want to do, either. Sometimes I feel like a shook-up bottle of soda. Like, I have all this passion that wants to explode, but I don't know where to aim it yet.”

11. “People always think there's this huge hundred-foot-high barrier that separates doing good from doing bad. But there's not. There's nothing. There's not even a little anthill. You just take one baby step in any direction and you're already there. You've doing something awful. And your life is changed forever.”

12. “He wondered how his nana always found beautiful where he never even thought to look.”

13. “My chest got this weird feeling, like when you stare into the eyes of a little baby and the baby looks back up at you and you can feel how pure and innocent it is, so much that it makes your stomach feel empty ― probably 'cause you realize you used to be pure like that, too, and now you're not.”

14. "The feeling it gave me was an odd combination of weightless self-pity and excitement. I understood my life was meaningless, and this knowledge freed me up to accomplish absolutely anything."

15. Some guys roll in because they’re addicted to competition. Gotta beat somebody in something to get happy.Some cause it’s the only place in the world they get respect. The only place they have any real control. But no matter who they are, or why they come, every one of them squint their eyes when they step foot out of the dark gym and back into the bright world that waits outside.

16. “And sometimes when her light brown eyes locked on to my dark brown ones, it was like she was reaching a hand all the way into my chest, like she was digging around in there for the most honest thing she could find.”