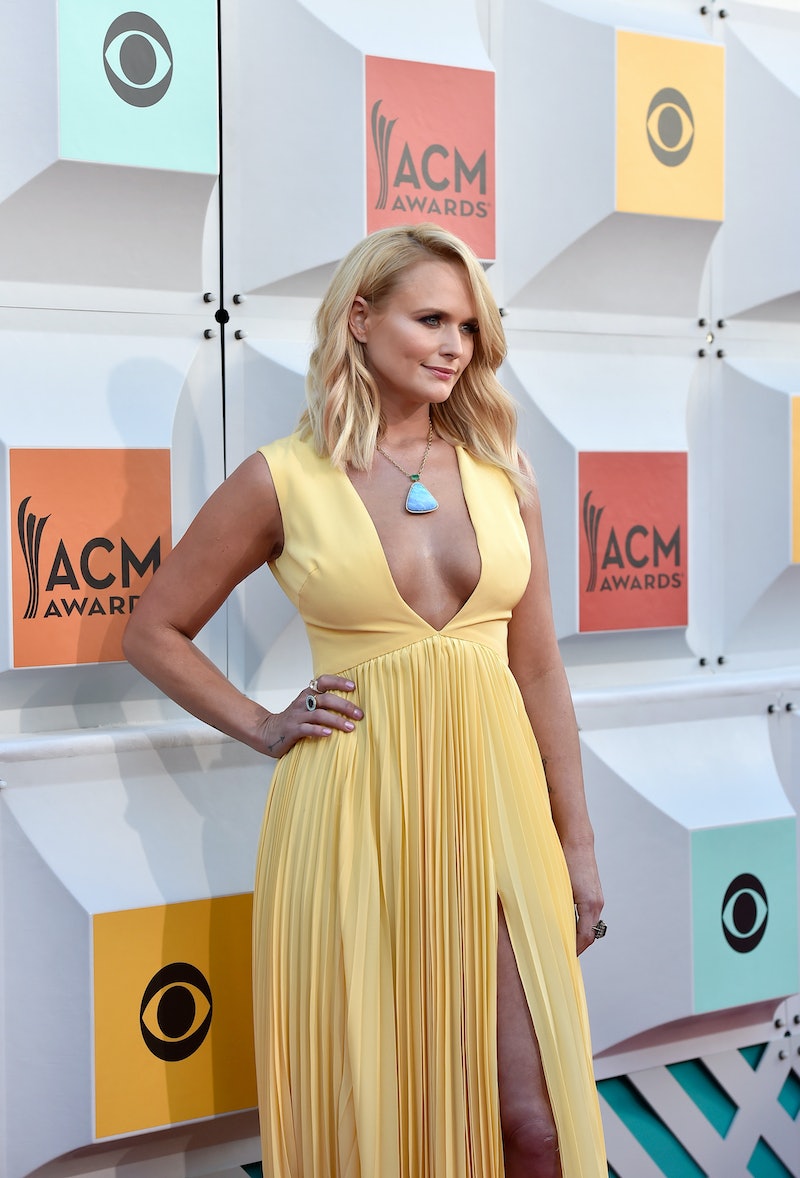 Dressed in a sunshine yellow gown with a light blue statement necklace and hot pink heels, Miranda Lambert at the 2016 Academy Of Country Music Awards looked like a bouquet of spring flowers in the midst of the Nevada desert. Last year might have been a tough year for the country singer, what with her very public divorce from Blake Shelton. But all of the drama didn't stop her from making some kick-ass music, and the ACM and country music fans took notice.

Posing with her new boyfriend Anderson East, Lambert was all smiles and springtime in a pale yellow gown from Christian Siriano’s Spring 2016 Collection. The cut was almost Grecian, with a deep halter neckline that featured a statement sky blue necklace with white details that practically looked like clouds. The high slit in the gown helped to show off another pop of color: A pair of hot pink, strappy heels with a ribbon that almost looks like a bow on a super high-glam Easter basket.

Adding these bright colors against an already colorful dress was a bold move, but Lambert totally pulled it off, looking like a springtime dream.

She kept the hair fairly simple, with her blonde lob styled in beachy, tousled waves. Her beauty look was also low-key glam: A gentle copper smoky eye with a nude lip.

Lambert pulled together these pastel colors beautifully, in a look that was perfect for an awards ceremony in April.