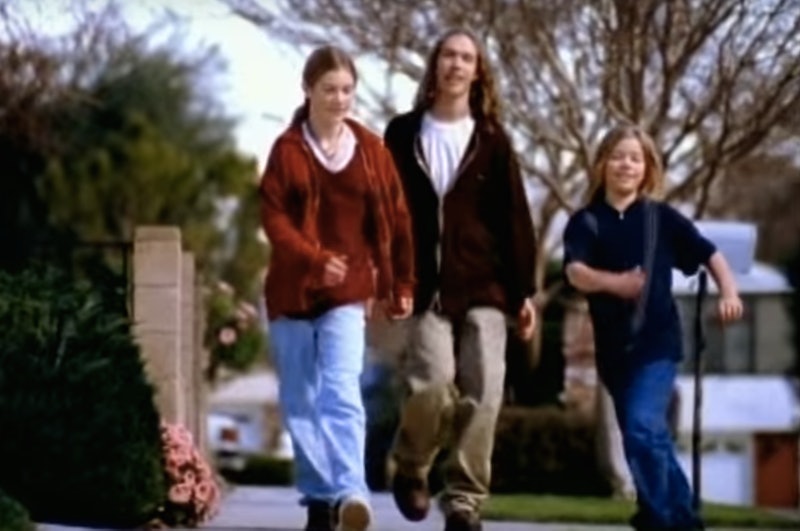 It was the song heard all around the '90s, and one of those songs where, even now, you only know the chorus. Hanson's "MMMBop" makes no sense, but it's catchy as hell and has continued to captivate the imaginations of people whether they grew up listening to it or not. As you might imagine, the question of what "MMMBop" means is something that haunts Hanson fans — or, rather, doesn't haunt Hanson fans, since they would have clued into an interview with the band over the years that would have answered that question for them. But, for the rest of you, especially those of you who only know Hanson for the one song, you might need a full explanation on what exactly they're singing about with a word like "MMMBop." As it turns out, the meaning of the word is incredibly existential.

During a 2004 interview with Songfacts, when asked what the meaning of "MMMBop" was, Zac Hanson was more than happy to explain all about the "futility of life."

What that song talks about is, you've got to hold on to the things that really matter. MMMBop represents a frame of time or the futility of life. Things are going to be gone, whether it's your age and your youth, or maybe the money you have, or whatever it is, and all that's going to be left are the people you've nurtured and have really built to be your backbone and your support system.

So, basically, they took a nonsense word and gave it such a deep philosophical meaning that people are still debating about it to this day. Whether you knew what an MMMBop was, didn't care to know what an MMMBop was, or didn't know and have been searching all this time, I think we can agree that this song still remains as addicting now as it was when it debuted in 1997.

More like this
Kate Bush Revealed The Real Meaning Behind 'Running Up That Hill' Lyrics
By Darshita Goyal
Stormzy’s “Mel Made Me Do It” Is A Tribute To Black Talent & Success
By Catharina Cheung
15 Offensive AF Jokes In 'Friends' That Really Aren't OK
By Tolly Wright, Bustle Editors and Meguire Hennes
A TikToker Just Proved Gossip Girl's Identity Was Revealed In Episode 1
By Jake Viswanath and Meguire Hennes
Get Even More From Bustle — Sign Up For The Newsletter