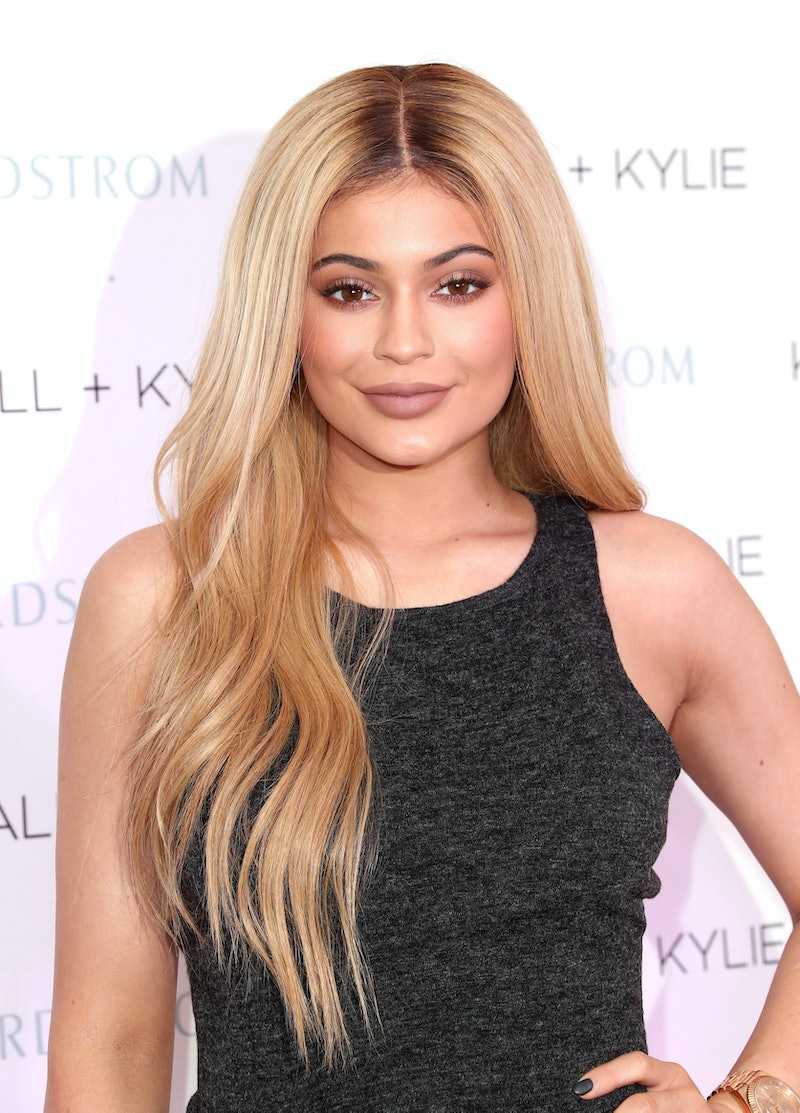 It definitely wasn't an April Fools' joke after all. Kylie Jenner made good on her promise today when the Kylie Glosses collection were launched at exactly 4 p.m. ET. The glossy trio of Like, Literally, and So Cute went live on the Kylie Cosmetics site and, as expected, the Twitter reactions to Kylie Glosses rivaled those previously posted for the ever-popular Kylie Lip Kits. There's no stopping Ms. Jenner and her growing beauty brand, that's for sure.

As soon as the launch went live, fans discovered that not only was Jenner selling each Kylie lip gloss individually (at a bargain price of $15 each), but that a "Get Them All!" pack was also available for $45. Buyers couldn't believe that they didn't have to wait for separate launches or restocks for the glossy lippies like the previous Lip Kit release days. This was far from a prank and fans couldn't have been more grateful to King Kylie.

Jenner first announced her latest product line with the Kylie Glosses music video that premiered yesterday. The Spring Breakers and "BBHMM"-inspired commercial fueled many, many tweets about the Kylie Glosses buying experience this afternoon, but mostly celebratory. Shoppers had an easier time getting their hands on the glossies even though the site went down for a couple of minutes — what's a Kylie Cosmetics launch without a little tech glitch after all?

Meet the luckiest girl ever:

The family that glosses together:

This GIF just about sums it up:

Of course there were critics:

And some purchasing page problems:

You said it, sister:

There's no word of when a restock of the Kylie Lip Kit colors will be, nor the next time that the Kylie Glosses will be restocked. Stay tuned!