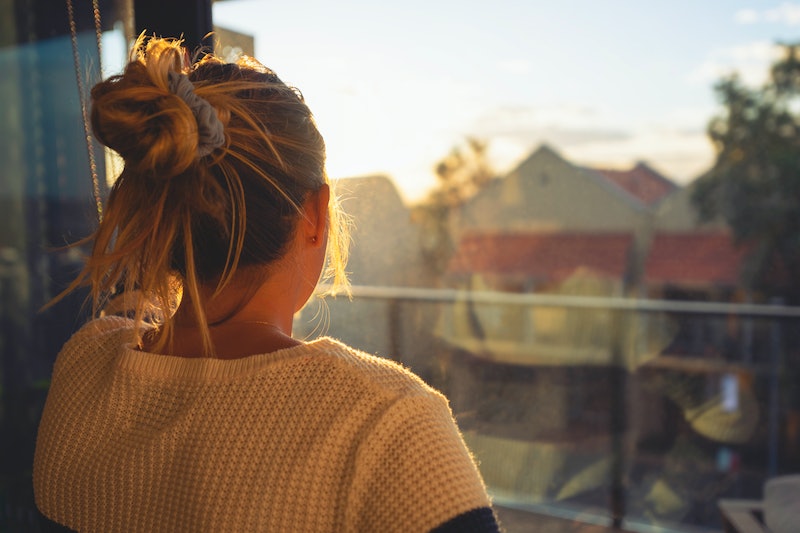 Few of us would ever want to do harm with our words; in an ideal world, we’d all strive to be sensitive to those around us and to avoid denigrating or abusive language. Awareness campaigns and activism have contributed to some encouraging trends towards more inclusive language surrounding race, gender, abilities and body size, yet cultural blindspots remain — and the sphere of mental and emotional health is one arena where stigma still abounds. And these stigmas aren't harmless — they have grave implications for those among us who deal with psychological conditions by deepening personal shame and isolation.

This is all the more concerning considering that many people keep their conditions private — chances are, more of your friends and family have been touched by mental health disorders than you’re aware. While few of us would ever actively disparage our friends for dealing with mental illness, there are many ways that passive stigma makes its way into everyday speech. As we seek to be better friends and allies, it's helpful to be vigilant about the language we choose. Below are a few common ways that our ordinary speech and "harmless" jokes may be hurting those around us.

Millions of Americans seek some sort of psychological therapy — according to a 2004 study conducted by the American Psychological Association, nearly half of all American households have a member who seeks mental health treatment in any given year. While studies show that seeing a professional therapist is a highly effective method of treating many emotional and mental conditions, and one of the best ways to guard against relapse, it remains a highly stigmatized topic. Thanks to outdated ideas of what therapy entails — like lying on long leather couches and taking Rorschach tests — many people still imagine that “seeing a shrink” is something that only “crazy” people do. Often, “getting therapy” is used as shorthand to imply that someone is weak or poorly adjusted, or as an off-handed way of expressing our contempt for someone. We’ve all heard the false “concern” in comments like “My ex was so needy/crazy/etc…I don’t know, I think she needs to see a shrink or something.”

The truth is, therapy can be an important part of well-being for people who experience acute symptoms, as well as those simply navigating the “normal” challenges of daily life. When psychiatry is portrayed as something reserved only for the very sick, very weak, or very narcissistic, many who could benefit from therapy avoid seeking treatment. What’s more, those who are engaging in treatment feel shamed for their “weakness,” and this added isolation can undermine their progress. It’s important to remember that seeking treatment is a sign of courage and hope, an effort that should be celebrated, not condemned.

2. Joking About Being “Addicted” Or “Obsessed”

Addictions and obsessive-compulsive behaviors are both complex conditions that impact countless people — according to some estimates, 23.5 million Americans are dealing with alcohol or drug addictions. In some cases, substance abuse or compulsive behavior can have a devastating effect on the lives of individuals and their communities. Much remains unknown about the mechanics of addictions and obsessive behaviors — there are elements of biochemistry and genetics, alongside social context and personal choice.

Regardless, these conditions are no laughing matter. Too often, words like “addicted” and “obsessed” are used to convey someone’s strong preference for something — “I’m totally addicted to Scandal, “ someone might say, although what she actually means is, it’s a show she enjoys watching frequently. “I’m obsessed with yoga,” someone else might say, by which he means, he practices yoga several times a week. Misusing labels like this can be misleading and demeaning, and lead us to not take compulsive or addictive behaviors as seriously as we should.

“Dude, are you off your meds or something?” "I'm so tired, can I have some of your ADD pills?"

Prescription medication is often part of a broad strategy for well-being. While prescriptions are ideally made under the close supervision with doctors and alongside other forms of physical and emotional treatment, jokes like the ones above reduce them to a sole strategy for mental health, or even imply that you're using them recreationally, instead of for your health.

Would you ask your diabetic friend to slip you some of his insulin? That’d be insensitive, right? Asking your friend to bum you a few of the meds they take for their attention disorder implies that the meds are more of a convenient "upper" than treatment for a real disease. Likewise, telling someone in a bad mood to take some antidepressants implies that it is not a “serious” medication for “actual” illnesses, but rather a “happy pill” that can be self-prescribed as a shortcut to dealing with a bad day.

This is not only a reductive understanding of the purpose of medication, but it also demeans the experiences of those who have actually been diagnosed with depression and rely on prescribed drugs as part of their treatment.

An estimated 20 million women and 10 million men in the United States suffer from an eating disorder of some type. By some estimates, as many as 10 percent of college age women have some sort of clinical disorder related to food, while many more have “sub-clinical” conditions. Despite these high rates and the diverse demographics affected by disordered eating, cultural conceptions of eating disorders remain narrow and stigmatizing. Much of the incriminating commentary around the issue is gendered as well — thin women are likely to be accused of an eating disorder, while men obsessed with their diet and weight are praised for their devotion to “fitness.” Similarly, individuals with a normal weight are seldom suspected of disordered eating, despite the fact that the majority of people with disordered eating are at or above a healthy weight.

Jokes about weight and eating disorders can be incredibly damaging, and at the very least, perpetuate misinformation. If you're concerned about a friend's weight or eating behavior, consider whether an informed, private conversation might be appropriate. But leave leave the joking aside.

With so many potential pitfalls, it can be easy to think the solution is to avoid speaking about issues of mental health altogether. This would not be a solution — because silence can be stigmatizing, too. Rather, the best antidote to misunderstanding and shame is often respectful conversation. Ask about language — are there words to avoid, words that your friend prefer you use instead? Ask about support — is there anything you can do to be more considerate? When appropriate, asking a friend to help you understand her experience better through personal stories can be a powerful way to dismantle the illusion of difference that stigma can create.

More like this
The Beauty Device Kristen Bell Uses Every Single Morning
By Carolyn Steber
These Artists Are Reimagining Black History Month To Create A Better Future
By Katie Mitchell
25 Inspiring Quotes From Black Women To Celebrate Black History Month
By Kyli Rodriguez-Cayro and JR Thorpe
19 Instagram Captions For Celebrating Black History Month
By Ayana Lage
Get Even More From Bustle — Sign Up For The Newsletter
From hair trends to relationship advice, our daily newsletter has everything you need to sound like a person who’s on TikTok, even if you aren’t.