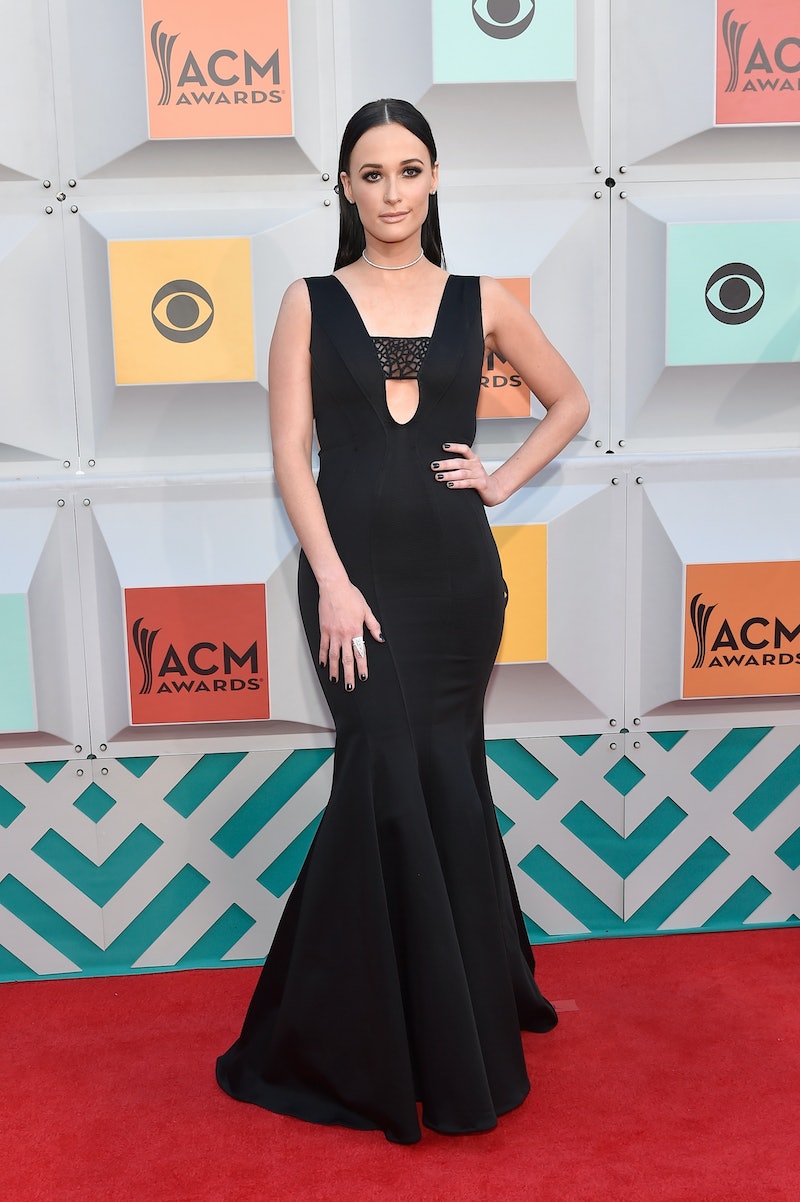 Though she's known for wearing bright colors and playing with jewel tones, Kacey Musgraves at the 2016 Academy Of Country Music Awards looks like a goth sea princess, in an all-black gown with a mermaid hem and slicked hair.

Nominated for two awards at this year's ACMs, Musgraves is also scheduled to present an award at the ceremony, held at the MGM Grand Garden Arena in Las Vegas. And really, it looks like she was having a grand old time before the event even started. She posted a selfie with Dolly Parton to Instagram from rehearsal on April 2 with the ecstatic caption, "Proud to be presenting my already-fave @acmawards moment tomorrow night!"

Musgraves is known for having fun with fashion, especially on the red carpet. Who can forget the gorgeous bejeweled cocktail dress with gold tassels she wore at the 2013 Grammy Awards when she won Best Country Album, or that time she dyed her hair lavender? As for on-stage, her aesthetic is high-glam country, like those old school-inspired costumes she rocked in her video for "Biscuits," which is nominated for Best Video Of The Year.

So this look is a little bit surprising — a definite departure from the colorful gowns we're used to seeing her wear. But it's still chic. The simple black dress has a mermaid silhouette and a low-cut front, paired with a textured bandeau that does kind of look like mermaid scales.

Though the dress itself it gorgeous, it's a little plain, so the beauty look is what ties this ensemble together. Between the smoky black eye, the silver choker, and the triangle-shaped statement ring with a black manicure, she's got some sleek teenage goth vibes going on. But the slicked-back hair is a strong choice, taking her out of Hot Topic and into high glam, and giving Musgraves an under-the-sea vibe, without looking like she just took a shower — a hard balance to find.

This look might not be one we'd expect from Musgraves, or necessarily from the ACM Awards, but it just goes to prove that this country superstar isn't afraid to take a fashion risk and totally pull it off.