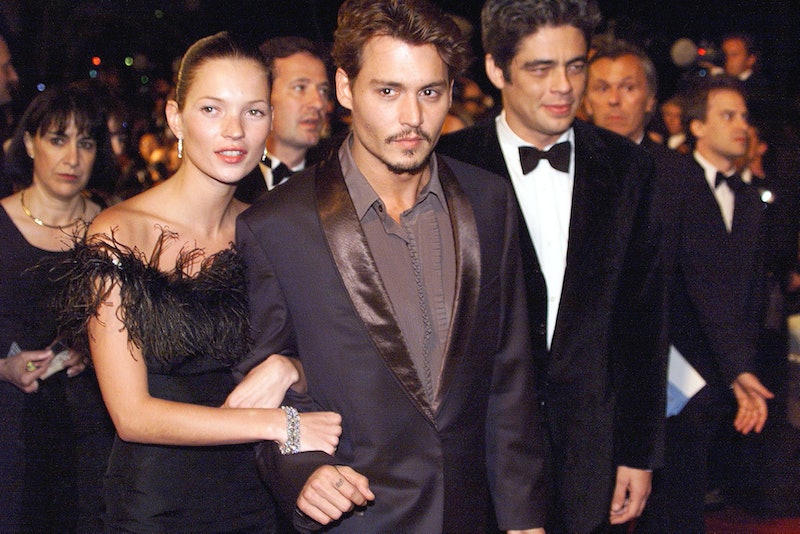 If ever there was a time when romance was alive and well in Hollywood, it was during the 1990s, when the pre-hashtag #couplegoals reached fever pitch. For one, there was no such thing as social media (or even TMZ, for that matter), so entertainment's most famous '90s power couples were free to roam the earth (or, you know, Los Angeles) in their natural states, uninhibited by the pressures of Instagram and unencumbered by the need to share the details of their love lives with the public.

But that didn't mean fans still didn't want to know all about these stars' romances. There were plenty of '90s couples, both real and fictional, that those alive in that decade totally worshipped. They showed up in our cartoon mainstays, our (often cliched, but who cares?) blockbuster romances, and, of course, our tabloid magazines. Just think of the drama that surrounded Kurt Cobain and Courtney Love, who were perhaps the greatest example of a quintessentially '90s romance that you could ever find this side of the internet. Here are the 14 other couples (both real and imagined) who redefined romance in the '90s.

One of the greatest displays of '90s #couplegoals, the model and the actor split up after a short-lived but culturally explosive romance.

Although the couple, who met on the set of 1995's Seven, lasted for almost three years and got engaged, they unfortunately didn't last. As Paltrow admitted recently to Howard Stern, "I was such a kid, I was 22 when we met. It's taken me until 40 to get my head out of my ass. You can't make that decision when you're 22 years old... I wasn't ready, and he was too good for me."

This is the epitome of Nick-spawned cartoon romance. You're welcome for the reminder to start looking for a pink-and-blue sweater for your Halloween costume this year.

Many know the story of how these two met at Witherspoon's 21st birthday party and starred in Cruel Intentions together before getting married and eventually divorcing in 2007. But did you know that, according to ETOnline, they recently explained the premise of the film to their two kids in Central Park, where the majority of the movie was shot? Because that's just exceptional.

Perhaps the secret of Rugrats' perennial couple (and mother of Tommy) is good, super-hold, almost-neon hair. Or perhaps the teachings of a certain Dr. Lipschitz came in handy.

Sadly, their romance died shortly after Something About Mary stopped playing in theaters. But given the fact that Diaz now seems to be happily married, I think things turned out for the best.

I would be lying through my teeth if I didn't try to recreate a few of those scenes with my first grade crush. (He wasn't into it, though.)

Four children and nearly two decades later, these two are the only couple on this list who managed to take the '90s with them.

Of course, they were great, and he totally drew her like one of his french girls. But why did he not try harder to get on that freakin' raft?!

While they were beautiful and interesting to read about, the genesis of this seemingly-mismatched '90s powerful will always elude me.

Although Julia Stiles and Heath Ledger never dated off-screen, their chemistry was palpable. As Stiles recalled to Us Weekly about her co-star years after his death, "He was such a force; he was…even at that age a very very powerful, lovely human being." Awww.

Although the couple, who met at a Victoria Secret show in the mid-'90s, divorced long ago, the model is still legally Romijn-Stamos, according to a recent Conan interview, apparently because she wants to avoid the line at the DMV.

They may have both moved on to better relationships, but the stars' '90s romance was all anyone talked about.

Although Rachel Leigh Cook and Freddie Prinze, Jr. never dated IRL, I'm really hoping these She's All That remake rumors come to fruition so I can see if these guys could give it another go.

Although the couple killed it on the Grammy red carpet (as seen here), they did get charged in connection with a 1999 nightclub shooting in New York City, so perhaps their separation was for the best.

These couples were simply iconic.