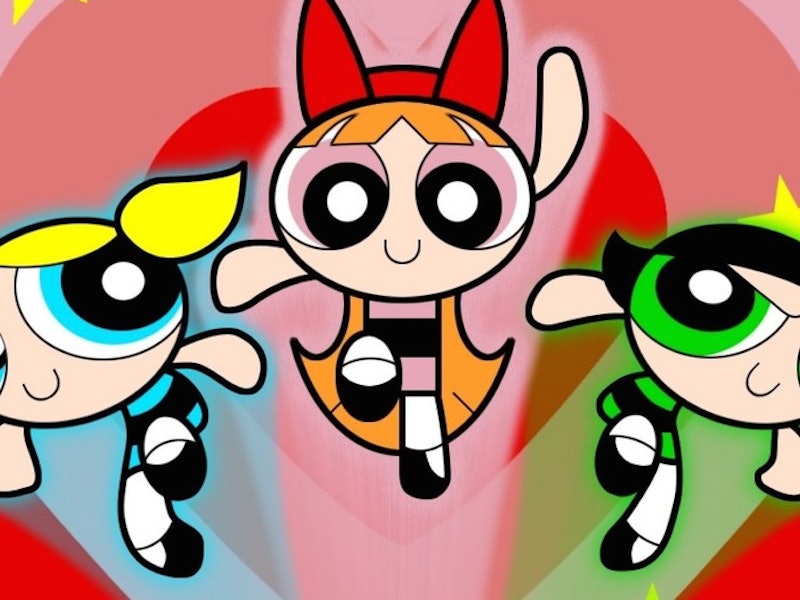 This is not a drill. I repeat, this is not a drill. In anticipation of the upcoming reboot of The Powerpuff Girls, Cartoon Network has launched Powerpuff Yourself, a website which allows you to create your very own Powerpuff Girl. Technically, you could use it to make original characters, but let's be real: Nobody cares about being creative when you can fulfill your baby feminist self's wildest dreams and become a Powerpuff Girl (or Powerpuff Guy, because punching the patriarchy knows no gender).

If you spent 1998 through 2005 without access to television after being abducted by aliens — which is the only acceptable explanation for not watching the show — The Powerpuff Girls was a Cartoon Network series featuring three superpowered sisters created in a lab accident. Blossom, Bubbles, and Buttercup lived in Townsville with their single father, Professor Utonium, and spent most of their free time saving the city from supervillains, monsters, and the occasional misogynistic league of male superheroes. Although it didn't explicitly promote feminism, the show's emphasis on girl power without sacrificing the heroines' femininity has caused many to consider it a "masterclass on feminism" today.

Needless to say, the announcement of a Powerpuff Girls reboot pretty much broke the Internet last year. To promote the much-anticipated show, which premieres April 4, Cartoon Network created "Powerpuff Yourself," and it's basically the next-best thing to actually fighting crime with the Powerpuff Girls. The website includes an astonishing amount of options for customization, from skin tone to facial hair to accessories — a move that was entirely intentional.

"Early on, brainstorming, we wanted to give kids the opportunities to remix the Powerpuff Girls in their own ways," Cartoon Network's Senior VP of marketing, Jill King, told The Mary Sue. "The team worked around the clock to create tons of different options and be super inclusive."

Once you've created your superpowered mini-self, you can choose accessories and backgrounds. (Some of these are nods to other Cartoon Network shows, like Finn's hat from Adventure Time.) Finally, you can do whatever you want with the image: Embed it, save it, print it out and give it a place of honor above your fireplace ... you get the idea.

Of course, Twitter had a field day with the website. Let's take a look at some of the cutest Powerpuffs so far.

Dreams really do come true. To Powerpuff yourself, head over to the website.