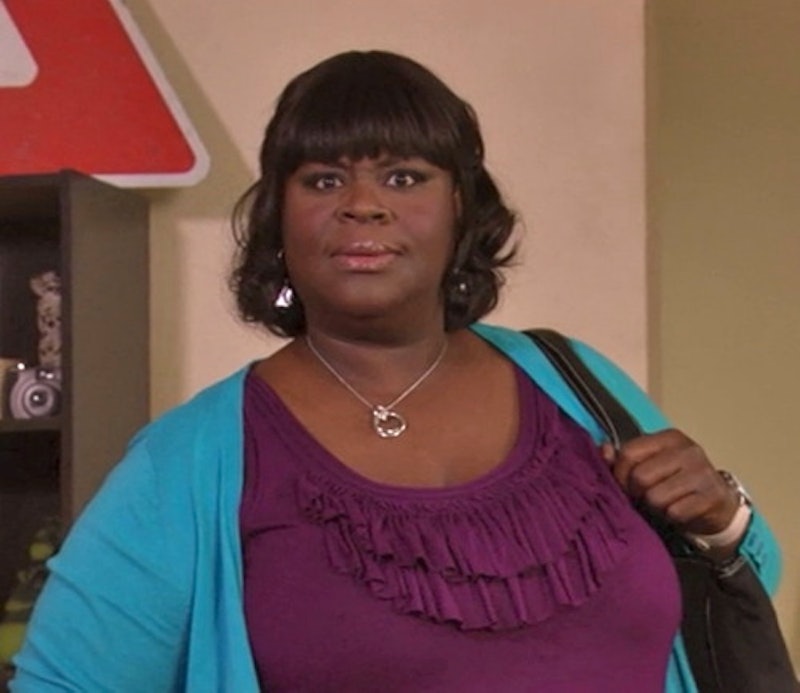 It may be a little late considering I just turned 25, but I still maintain that when I grow up, I want to be Parks and Recreation's Donna Meagle. No, not because she dresses impeccably, drives a Mercedes, and is best friends with Tom Haverford (although those are all viable reasons). I want to be Donna because of her unabashed confidence and wit. The woman is a force to be reckoned with, and it’s a damn shame that she’s fictional.

Even though Parks and Rec ended in 2015, Donna’s take-no-prisoners spirit lingers on. You see, whenever I need an appropriately snarky zinger or quip, I look no further than a Donna Meagle GIF. Because, if you think about it, Donna is actually all of us. Or, at least for the more shy and meek among us, she is the filterless, frank inner thoughts that run through our heads before we think up a more diplomatic way to say something. Basically, Donna is many people's most honest, self-actualized selves, and it is time that she gets the recognition for being the Greek chorus for not only the show, but fans' lives.

Here are 14 occasions when you're just like Donna Meagle (or, at least, you wish you could be):

1. When You Have $2 In Your Bank Account But Then You Get The Free Drink Reward At Starbucks

2. When You Think You're Compatible With Someone, And Then You Find Out...

3. When You Catch Someone In A Total Lie, And You Have Receipts

4. When You're Talking To Someone Who's Being Uppity About Twilight

Like we all didn't read it and wear Team Edward shirts in 2008. I see you.

5. When You're Forced To Attend A Mutual Friend's Party With Your Ex

6. When Your Friends Ask You Why You're On Your Phone While You're Hanging Out With Them

How else will you have stories to tell your kids?

7. When Your Friend Gets Into Romantic Trouble, And It's All His Fault

That's not going to fly in this friendship, thank you very much.

8. When You Make Fun Of Yourself And Your Friend Joins In

It's only cool when I say it.

9. When You Don't Have Any Clean Underwear And Debate On Whether Or Not To Go Commando

10. When A Third Of Your Facebook Friends Get Engaged

11. When Your Friend Gets Burned By Her Ex... AGAIN

12. When You're Bored At Work, But You See Another Celeb Chime In On A Weekly Kanye Twitter Rant

13. When You're Trying To Get Seats For You And Your Friends At The Bar

It's honestly a skill.

14. When Men Complain About How Hard It Is To Be A Man

For your own good.

Oh, Donna. You just get me.