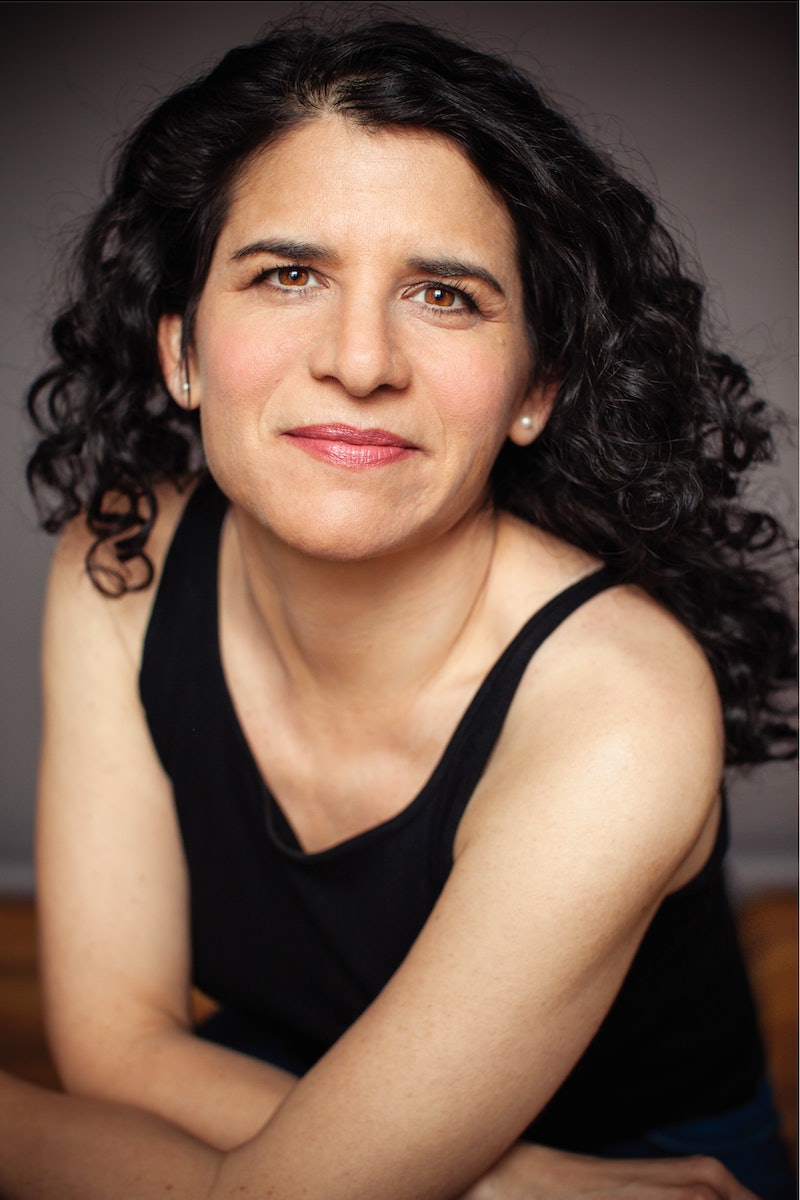 I know what you're thinking: Another book about teens with cancer. But just when you're ready to write off Melissa Kantor's Maybe One Day (HarperTeen) as riddled with clichés, Kantor hits you with a new perspective might change your mind.

Zoe and her best friend Olivia have just been dismissed from their Manhattan ballet company NYBC, sending shockwaves through their lives. After planning their lives around growing up to become professional ballerinas, neither knows how to move forward. And it's in this moment that the ominous foreshadowing begins.

But as adults, we know this just can't be true. And it isn't, of course. Because a few days into their sophomore year of high school, Olivia is diagnosed with leukemia.

Tragedy cliches run rampant through this section of Maybe One Day, when Olivia is first diagnosed. Upon hearing the news over the phone, Zoe looks around at the beautiful fall day around her.

The sky over my head was almost painfully blue, the grass a bright and vivid green. It was a crisp, beautiful, perfect fall day. All that beauty was completely wrong. The sky should have been black, the grass withered, the students wailing with grief. Olivia is sick! I wanted to howl. What are you people doing? My friend is sick! It was impossible — the sky, the cars, the kids walking around as if were a day like any other day. Nothing made sense.

It's not that these emotions are completely unrealistic, but rather that the "I can't believe the world still turns when something awful has happened" rumination is used so often in pop culture that it has been rendered inauthentic. Take another example, when Zoe questions her and others' belief in God, "because what kind of a fucked-up God would make a world where kids can get cancer?" Again, this isn't a new idea so it doesn't elicit emotion.

Rather than a story on Olivia's battle with cancer, Kantor's story focused on Zoe's journey as being the best friend of a sick high schooler. Zoe becomes protective of her role as Olivia's best friend, as news of her sickness spreads through school. And, to be frank, Zoe becomes borderline insufferable. Olivia's first round of chemotherapy means that she'll be out of school and in the hospital for a month, which concerns Zoe — but not for the reasons you might expect. Without a trace of irony, she says:

Survive a month of school without Olivia? I might as well try to cross the Atlantic Ocean on an empty refrigerator box.

Then later, when Olivia's mom says Olivia is too tired from her low blood count to have visitors, Zoe reacts (again, unironically):

It was that word. Visitors. If Mrs. Greco had said Olivia isn't up for seeing you or Livvie wants to see you but she feels like shit (not that Mrs. Greco would ever use the word shit, but still), I wouldn't have minded so much. Visitors. Like I was Emma, who was always offering to go to with Jake to the hospital, ostensibly because she was worried about Livvie but really because she wanted to be Jake's official girlfriend as opposed to what she was, which was the sad girl who threw herself at him.

But still, I kept my patience for the book — until the people around Olivia start concerning themselves with how Zoe is doing, even more so than Olivia herself. The one with the cancer.

"Look, not to sound like a cheerleader, but at the car wash today, Lashanna and I were talking about how everybody was all worried about Olivia, but nobody was taking care of you," says their friend Mia to Zoe. Olivia's older brother's best friend Calvin echoes the sentiment later when he worries that nobody is checking up on her because they're all concerned about Olivia. It seems like a teenage girl's fantasy about what it would be like to become famous by association rather than reality.

I wanted to reach into the novel, shake Zoe, and yell, Hello! Your supposed best friend is dying!

And I was becoming so irritated, I was a step away from this:

But then, boom. Kantor turned it all around on me as a reader. Olivia is allowed to speak.

"It makes me feel like I'm just this ... patient." She threw her arms out in front of her. "This thing. This messed-up blood and these symptoms. It's like I don't even exist."

Had Kantor had readers on the hook for just this moment? I want to believe that Olivia's speaking up is a turning point for the novel, where the story doesn't become one in which Zoe is allowed to be selfish, but one where the author is commenting on her selfishness. The selfishness inherent in grieving.

When Olivia is diagnosed, everyone become extremely concerned with their "roles" in her sickness. But none concern themselves with what Olivia wants.The cheerleaders have to use their spirit to organize fundraisers, which while in theory are of course nice, but they're not actually not going to help Olivia at all. Her mother plays the caretaker, making sure everyone uses antibacterial soap and keeps visitors away when she's tired, but Olivia just wants company and to feel normal. And Zoe is playing the dutiful friend to the point where she is annoyed when her role is questioned. But, Olivia lets her know that what she really wants is something else entirely.

I'm optimistic that Kantor's tonal shift is purposeful, forcing readers to look inward about experiencing sickness and tragedy. Books about cancer often focus on what the cancer does to the survivor. As is often criticized about "sick kid lit," the person becomes a personification of their sickness; a character only in existence to help someone else come of each and realize important things about life. Kantor may have built Olivia and her story up that way, only to crash it down.

However, even with this reading, there are lingering, smaller details in Kantor's novel that seem bothersome.

First of all, it's not until Zoe makes it to the hospital and talks to Olivia's doctor does she find out that leukemia is cancer. What modern teenage girl doesn't know what leukemia is? And in the hospital, there are details about an IV in Olivia's shoulder and a long-sleeved hospital gown that from my experience, seem inaccurate. Of course, these are minutia, but in a book that focuses on cancer treatment, there are enough people with first-hand experience to call out mistakes, so it should be without objection.

There are two moments that seem out of place, even jarringly so. When Zoe sees Olivia's brother and Calvin teaching a football class, she thinks, "He and a bunch of the other guys on the football team would be teaching kids how to bench-press or tackle or rape or whatever it was that football players knew how to do well."

The rape mention seemed very inappropriate and not tied to any plot of characterization, so it was an unnecessary and strange moment to include. Similarly later, Zoe corrects herself on gender stereotyping, which reads awkwardly, making readers too aware of the author's presence.

My up-and-down feelings at the novel did not, however, stop me from bawling.

Kantor's novel doesn't try to do anything drastically different on the cancer topic, so likely won't have the longevity of another, more famous novel about teenagers with cancer, and sometimes it can get wobbly straddling the line of commenting on cliches versus just straight using them. However, based on my emotional outpouring at the end, Maybe One Day was ultimately a worthwhile read, if not entirely successful.

All quotes are from an uncorrected ARC