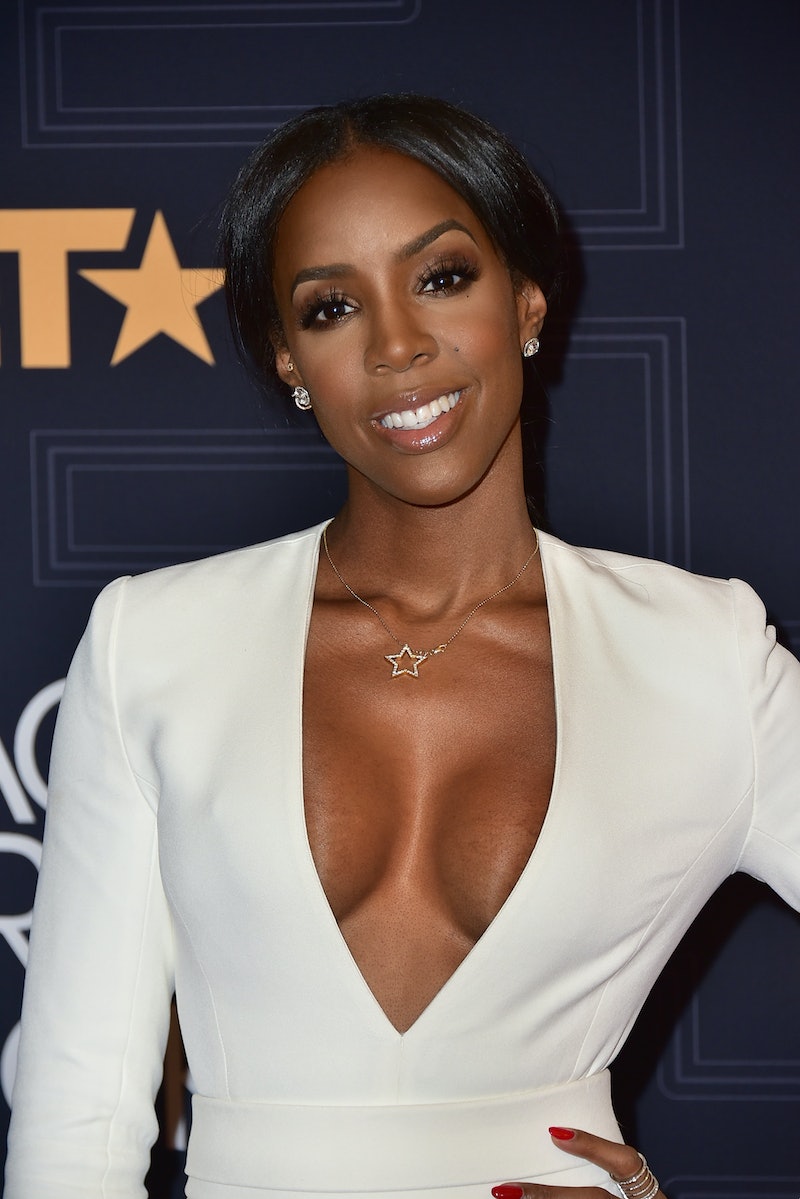 We have a bit of a music emergency on our hands. There really aren't any major girl groups taking the world by storm these days. Sure, you've got the likes of Fifth Harmony and Little Mix making a name for themselves in the music biz, but no contemporary girl groups seem to have achieved the same fame and lasting pop cultural influence of, say, the Supremes, Spice Girls, or Destiny's Child. Could the Chasing Destiny cast change that?

Well, they're certainly going to try. Former Destiny's Child member Kelly Rowland is at the helm of this new BET reality series premiering Tuesday, April 5 at 10:30 p.m. ET. I think it's safe to assume that the title of the show, Chasing Destiny, alludes to the fact that the contestants want to be a part of the next Destiny's Child. So naturally, Rowland is making it her mission to find those very women. Think of Chasing Destiny as that season of Making the Band that found the members of what would become Danity Kane but with fewer of Laurieann Gibson's "boom kacks" and more of a documentary vibe to it.

So who are the lucky ladies that we'll be rooting for on Chasing Destiny and who might subsequently earn a coveted spot on our Spotify playlists as part of the next big girl group? Although you might be able to find a few likely contestants on social media, the official cast of Chasing Destiny hasn't been revealed yet. Much of the show is going to be about the search for the next great girl group, so it kind of makes sense that they wouldn't want to give that bit of intel away before the series even premieres.

However, we do know a couple of definite cast members right now, and since they're the ones tasked with putting this whole girl group together, you should be very familiar with them by the time you sit down to watch the series premiere, don't you think?

Rowland basically needs no introduction, not only because I kind of introduced her already but also because you should really know who she is if you consider yourself a pop music fan. As I previously mentioned, Rowland was one-third of the mega-girl group Destiny's Child. But when she, Beyonce, and Michelle all decided to go their separate ways in 2005, Rowland started her solo career with the very depressing single "Stole." She continued to find success with tracks such as "Like This" featuring Eve, "Kisses Down Low," and "Motivation" featuring Lil Wayne. And don't forget that she and Williams made a splash when they literally hopped up onstage with Beyonce during the Destiny's Child reunion at the Super Bowl Halftime Show in 2013.

But just because Rowland made a name for herself in music doesn't mean she doesn't know anything about what it takes to be onscreen. She's had some roles in movies and TV shows over the years, including the horror flick Freddy vs. Jason, Think Like a Man, and Empire. She was also a judge on The X Factor. Clearly, Rowland, who is also serving as executive producer on Chasing Destiny , Billboard reports, knows how to entertain people both musically and visually, so there's really no one more qualified than her to put together the next great girl group.

In recent years, Rowland got married to her manager Tim Witherspoon in May 2014, and the couple welcomed a baby boy, Titan Jewell Witherspoon, in November of that year. Now we'll have to wait and see if her latest creation, the girl group that comes out of Chasing Destiny, will be as much of a success.

Lucky for Rowland, all of the pressure won't solely be on her to find the next superstar girl group. Gatson will be her righthand man throughout the whole process. But what makes him such a valuable resource for Rowland and all of the ladies seeking mentorship on Chasing Destiny?

Gatson was none other than creative director and choreographer for Destiny's Child who continued to work as such with Beyonce when she went solo, according to his bio on the website for Chokolate, a talent agency and production company. Yeah, he's the guy who came up with the iconic "Single Ladies" dance. Gatson has also choreographed for En Vogue, TLC, and Usher, among many other music superstars over the years, his bio said. So if your fave contestant doesn't make it to the end, don't yell at your TV; Gatson absolutely knows what he's talking about.

As for the rest of the cast of Chasing Destiny, we should start meeting them when the show premieres Tuesday night. However, Rowland did make it a point to say that Chasing Destiny isn't a reality competition with a set judges' table like other TV singing competitions, such as American Idol or The Voice, during the Television Critics Association Winter Press Tour in January, as reported by Zap2It. So it could be a while before we get to meet the final cast, but with Rowland and Gatson picking the contestants, they're sure to be incredibly talented and ready for their big break.