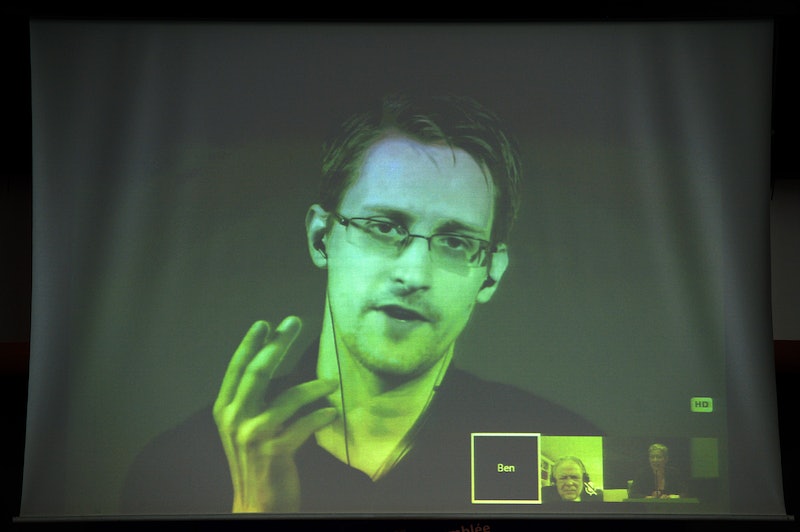 Former intelligence contractor and transparency rights activist Edward Snowden hasn't let his exile in Russia prevent him from staying involved in the global discourse on secrecy and corruption. After the first stunning revelation that 2.6 terabytes of data from a posh offshoring firm had been hacked and given to journalists, he wasted no time weighing in on the drama. Here's a look at what the prominent whistleblower is saying about the Panama Papers leak.

As soon as the leak was announced, Snowden went on Twitter curating information for his followers. Staying up after midnight in Moscow, Snowden began sending out links to Süddeutsche Zeitung's main landing page for its findings. He then tweeted out a link from the International Consortium of Investigative Journalists to its coverage of the event, followed by a note that traffic to the story crashed the SZ servers temporarily.

The meta-story of the whole affair so far, according to Snowden, is that "courage is contagious." He tweeted out this talking point in apparent reference to his public exposure as a whistleblower himself. Encouraging whistleblowers to come forward when they have information vital to public discourse is one of the ways Snowden continues on his activist work from overseas, despite not being allowed to travel back to the U.S. for fear of prosecution.

Snowden has been affiliated with Julian Assange's WikiLeaks Foundation, a group dedicated to publishing leaked material that happens to be in the public interest. While WikiLeaks doesn't seem to be directly involved with the Panama Papers leaks right now, the group did release a cryptic poll attached to a tweet asking the public if they "should release all 11 million #PanamaPapers so everyone can search through them like our other publications?" This makes it seem as if the group has access to the full data set, even though they claimed in a tweet approximately two hours earlier that there would not be a public data dump since they were not leading the efforts.

It remains to be seen what impact the Panama Papers leaks will have on the U.S. So far, reportage is focusing heavily on Russian President Vladimir Putin and his associates, with minor mentions of Icelandic politics and FIFA corruption. No ties to Americans heads of state or influential officials have been uncovered, but at this time much of the information just hasn't been released to the public yet. In an article on the German SZ side that apparently hasn't been translated into English yet, information about the Saudi Royal family's personal shell companies is discussed, including their stake in the Luxembourg-based Shaf Corporation. Former CIA director and President George H. W. Bush, as well as his son George W. Bush, both have had extensive business dealings with the Wahhabist monarchy.

Snowden's advocacy for transparency and good governance, even from far away in Moscow, is a reminder of the very serious consequences that happen when democratic societies aren't paying attention. Hopefully, the Panama Papers leaks leads to the prosecution of bad actors who aren't acting with the best interests of the people who they are supposed to be serving.