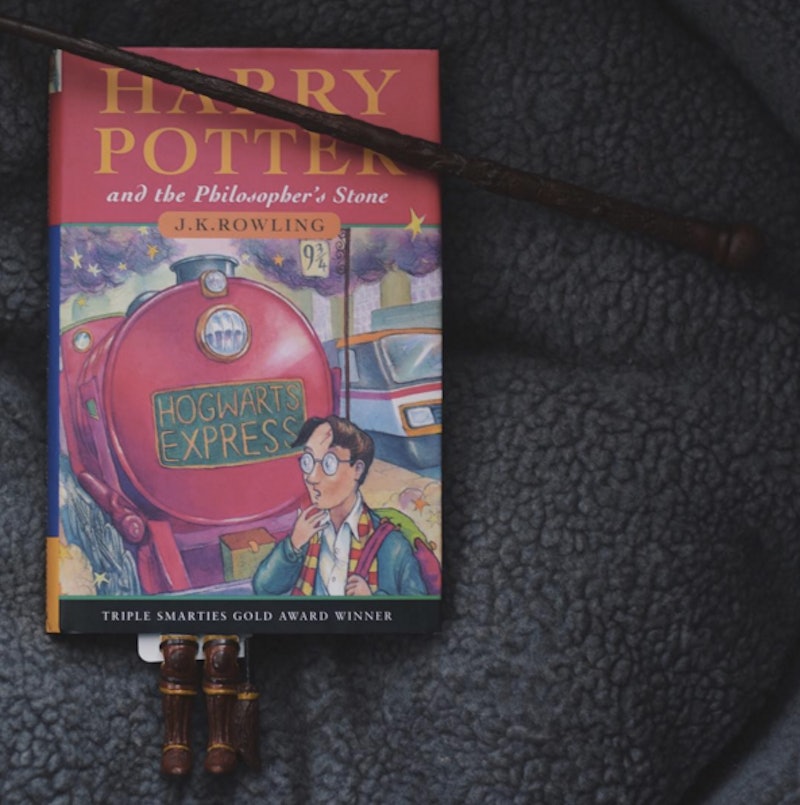 I’ve always wanted to be a writer. I used to write stories and comic books and sell them to my dad, and most of them were fantasy stories about fairies and mermaids and princesses (I was writing what I knew, obviously). And when someone handed me a copy of Harry Potter and the Sorcerer’s Stone, I doubled my efforts, because J.K. Rowling's writing inspired me so much. The story of an ordinary boy who one day found out he was extraordinary inspired me to write more.

When asked for writing advice, many authors say the same thing: write every single day, and never stop writing. But they will also tell you to read constantly. Read the types of books you want to write. Keep up with the genre. Read outside your genre, too — you can learn a lot from unexpected places.

Maybe you, like me, have found inspiration in Harry Potter. Or maybe you still don’t expect that the children’s series about a young wizard can possibly be applicable to your writing. If that’s what you think, I have to disagree, because I think that despite your genre of choice, Rowling has a lot to teach every writer.

1. The Characters Are Well-Developed

When I think of Harry Potter, I immediately think of a long list of characters who are so well-developed, I feel as if I know them. After all, isn't this the reason so many HP fans reread the series again and again? We want to see our friends — aka the characters we feel we know so well. For writers wanting to capture that depth of characterization, HP is an excellent study.

2. The Structure Is Symmetrical

Did you know that HP has a chiastic structure? This means that the structure is symmetrical. For example, in the first book, Harry arrives with Hagrid to Privet Drive by flying motorcycle. In Deathly Hallows, Harry leaves Privet Drive for the last time with Hagrid on the motorbike once again. Or how about this from The Sorcerer's Stone: Dumbledore uses his Deluminator. Then in Deathly Hallows, he wills it to Ron. This structure will inspire any writer to plan way, way ahead.

3. It's A Good Study For Those Who Want To Write A Series

If writing a novel isn't enough for you, and you want instructions on how to write a series — look no further than Harry Potter. How many series have you read, and been slightly disappointed by the second book? There seems to be a curse on series sometimes, because it sometimes feels that the "next" books can never live up to the first. But talk to any HP fan and ask them their favorite book, and you'll probably get a variety of different answers. Each book in the series has something different to offer, and fantasy writers need to know how to create a great series.

4. Harry Potter Has A Little Bit Of Everything

Comedy, adventure, romance, fantasy — you name it, Harry Potter has it. No matter what genre you write, you will pick up tips from reading Rowling's series.

5. The Books Get Darker As You Go

If you don't write children's fiction, you may think that reading HP won't help out with your work. How could a children's series help you write adult literature? This view is totally mistaken, because HP is so much more than a children's series. The books get darker as the characters get older. Rowling flawlessly ushers her characters through their teenage years, allowing readers to grow up with them. So whether you write picture books or literary fiction, you'll find takeaways from her writing.

6. It's Bursting With Creativity... But Also Proves You Can Find Inspiration From Other Works

One thing that drives me crazy as a writer is when I hear someone say, "But it's been done before." Everything has been done before. In my mind, it's how you do it that counts. There have been plenty of books about wizards and magic and even wizarding schools, but it was the way Rowling wrote the book that caught the attention of so many fans. The characters were relatable, the concept of an ordinary boy discovering he was extraordinary was compelling, and Rowling developed a detailed and interesting world bursting with creative creatures and concepts. Still, many of the creatures in Harry Potter were based on existing legends, and the names were inspired by myths of the past. Harry Potter proves that sometimes the best stories are inspired by other stories.

7. Rowling Is An Inspiration For Writers

J.K. Rowling's story is pretty inspirational in and of itself. She wrote much of the first book in cafes while her young daughter was sleeping, and she has spoken at length about her early rejections. Just because things aren't working out for you right now, doesn't mean they never will — and this is a truth Rowling proves with the success of Harry Potter. If the series itself isn't enough magic for you, here are some words from the author herself, from her Harvard commencement speech:

"We do not need magic to change the world, we carry all the power we need inside ourselves already: we have the power to imagine better."