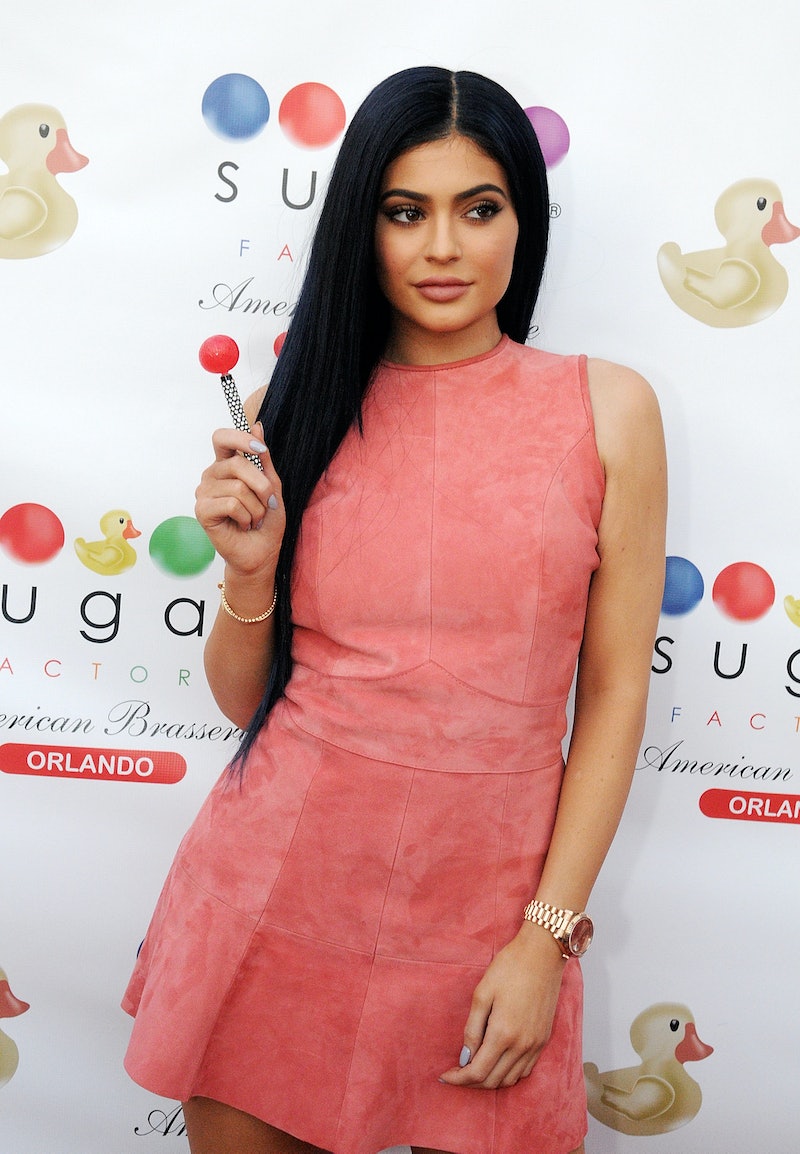 She was born in 1997, so late '90s and early '00s fashion trends are in her DNA, even if she was too young to rock any of them on the first go! Now, Kylie Jenner is bringing back an early '00s fashion trend, resurrecting one of Britney Spears, Nicole Richie, and Paris Hilton's favorite accessories from their era of celeb dominance. Jenner posed in her favorite athleisure uniform, consisting of a hoodie, leggings, and sneakers. But it was her headgear that was oh so '00s.

Jenner rocked a Von Dutch trucker hat — remember those? It's totally OK if you don't, simply because you were born in the same time fame at Jenner. At this point, Von Dutch caps are vintage accessories. The trucker hat asserted dominance in the early '00s, with Brit Brit bringing them into vogue. It was part of the pop diva's signature street style and she loved her some Von Dutch. The brand eventually epitomized mall fashion and it seemed, for a moment, that everyone was rocking the Von Dutch logo on a hat or a shirt.

Here we have K. Jenner, dragging Von Dutch (and trucker caps) back into the spotlight in 2016. While she is currently the face of Puma's Fierce collection, she is still rocking other brands and keeping her style in tact.

The cap looks pretty rad situated atop her cascade of black locks. Did she pull this hat out of either Kim or Kourtney Kardashian's clothing storage?! Is she going to make this look cool again? Perhaps.

Seriously, though. She had to find this one of her sisters' closets.

There has to be a catch of people from the late '90s and early '00s who have been clamoring for a Von Dutch x trucker hat comeback.

Even Halle Berry, who is often a perfectly executed mix of sexy and elegant, rocked Von Dutch back in the day.

If you hated this trend, blame Jenner for trying to exhume it. If you loved it, then thank her for reviving it. This could just be a one-off, but I'm thinking trucker hats may have a Renaissance in 2016. Jenner is a style influencer and a few Insta pics can totally reboot a long-dormant trend. That's just how it is.