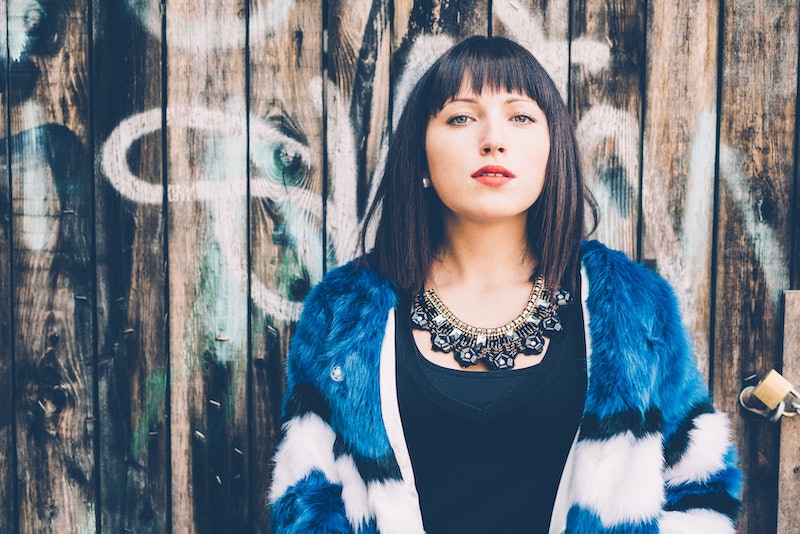 Partly just because a lot of women want to be single — not everyone wants be in a relationship or get married. There are lots of benefits to being single, and in fact, being single can even facilitate your success. Obviously, there are a lot of different definitions of what success is. Some people will find it in money or careers, and some just measure it by how happy they are. I measure success by how many pizzas I've eaten that week. To each their own, I guess. But no matter what being successful means to you, there are a lot of ways being single can help you get there.

Here's how being single may make you a more successful person, because to be successful you need to know what that means to you:

1. You Know What You Want

The only thing that makes you really successful is being successful on your own terms — learning what you want, rather than following someone else's blueprint for "success." You can't do that without figuring out who you are and what you actually value. In a relationship, your wants and needs can potentially be muddled and weighed against your partner's. But when you're single, there aren't any other perspectives or influences you need to consider and you can take the time to figure out what you want.

Your money is all for you when you're single. You don't have anyone else's debt to worry about. You are completely financially independent— which means more money to invest or spend on the things that are important to you. No other liabilities.

3. Your Energy Is Focused

Similarly to your money, you don't have to spend your effort on anyone else. First you use your singledom to figure out what you want, then you have all of your energy to go for it. Sometimes it can be amazing not to have to be a support network to invest in yourself. Whatever your goals are— career, friends, family, hobbies— you can spend your time giving them 100 percent without feeling like you're letting anyone down.

There is more than one way to be successful. And if you need to work on your sex life, being single is a great way to do it — science says so. Though single people may have less frequent sex, they are more sexually satisfied. According to Psychology Today, "statistics show that singles have a better time in the bedroom, though intimacy occurs only about half as frequently. Hormone levels are higher in a 'courting relationship.'" I don't think I've ever been in a "courting relationship," but it sounds delightful.

Being in a relationship isn't exactly hustle central. You're eating out, you're getting drinks, you want to lie in bed and cuddle. Days start later and later and staying in seems more and more appealing. According to Medical Daily, "30 percent of couples pointed to staying in and watching television as their main activity together. Another 20 percent marked eating out at restaurants as the couple’s bonding activity."

And that lethargy, although it's amazing and indulgent and fun, could also bleed into other areas. It's certainly not always the case, but you could find yourself trying less hard at work or blowing off hobbies. Being single means you get in an momentum and really go for it — all of it.

6. You Learn How To Stand On Your Own Two Feet

That awkward work party? Another horrible family holiday? Going to a new place? It's great have a significant other to lean on in a lot of uncomfortable situations, but it's also important that you learn to do it on your own. When you're single, you constantly have to move out of your comfort zone without that built-in support network — and it shows you just how independent you can be. It's an integral part of being a successful person, being able to tackle these situations alone. Being single will show you just how much you're capable of.