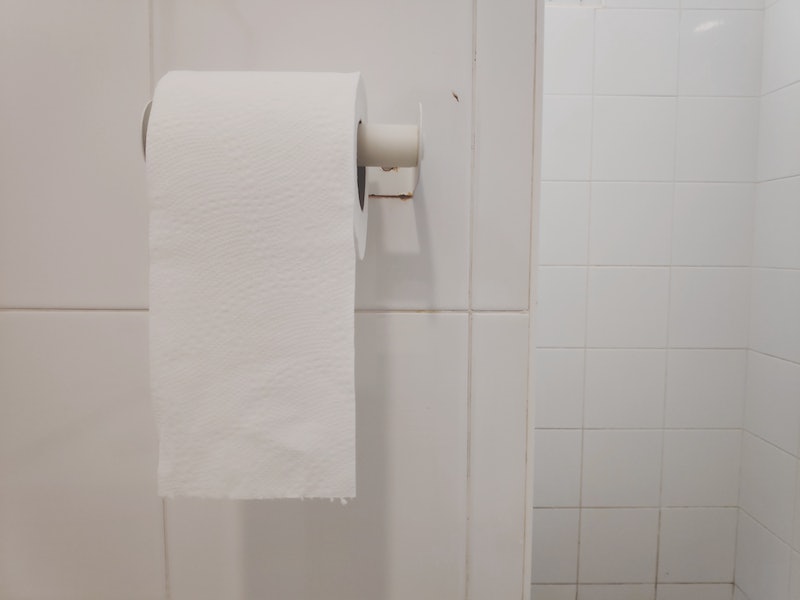 If you've ever been on the Internet (and if you're reading this article, clearly you have been), you already know that Internet users love personality tests. As a collective unit, we want to know what all of our favorite TV shows, fast food orders, and '90s nostalgia buttons say about our personalities and about us as people. Now, the Toilet Paper Personality Test tells you what your toilet paper preference says about you. I know, I know; it seems pretty far-fetched. But as creator Dr. Gilda Carle explained to The Independent's Indy 100 site, the test is meant to be a "fun way to assess the behaviors [people do] daily, often without thinking," and, well... you'd be surprised what you can learn about yourself just by paying attention to your seemingly tiny quirks and habits.

In terms of methodology, Carle's original experimented involved surveying roughly 2,000 people between 18 and 75, both men and women, of various ethnicities. The survey was simple: Carle asked them if they rolled their toilet paper under or over, and then asked a few additional questions on how assertive they thought they were with others. For the assertiveness questions, the participants ranked themselves on a scale of one to 10.

While this test is admittedly pretty light-hearted, it does take into account some actual psychology and understanding of human behavior. It's interesting to step back and think about what our routine behaviors and choices say about us as people, and I guess toilet paper usage is no exception. If you're curious about what your toilet paper preference says about you, I've broken down the three most telling signs below.

If you prefer to have the toilet paper "over" the roll, Carle's survey says you're more likely to have a dominant personality type. People who have dominant personalities are often characterized by their take-charge, can-do, assertive nature; they also often fill leadership roles. Stereotypically, our culture associates men with dominant personalities, though of course anyone can have them, no matter how they identify.

3. If You Switch The Roll No Matter Where You Are

Carle found that many of her respondents claimed to change the direction of the toilet paper roll, even when they weren't in their own home. Who was more likely to do this? Unsurprisingly, people who prefer the toilet paper roll to be "over" (i.e., the more dominant personalities).

So, what can we take from all this? While I don't think the direction of your toilet paper necessarily offers an in-depth analysis of who you are as a person, I think studies like this serve as great reminders that our daily actions and habits say something about us as people, and that our actions are basically an extension of who we are on the inside. In this sense, I think it's always worthwhile to step back and dig a little deeper into what routines you fall into, and what these actions may be revealing about something deeper in your psychology.