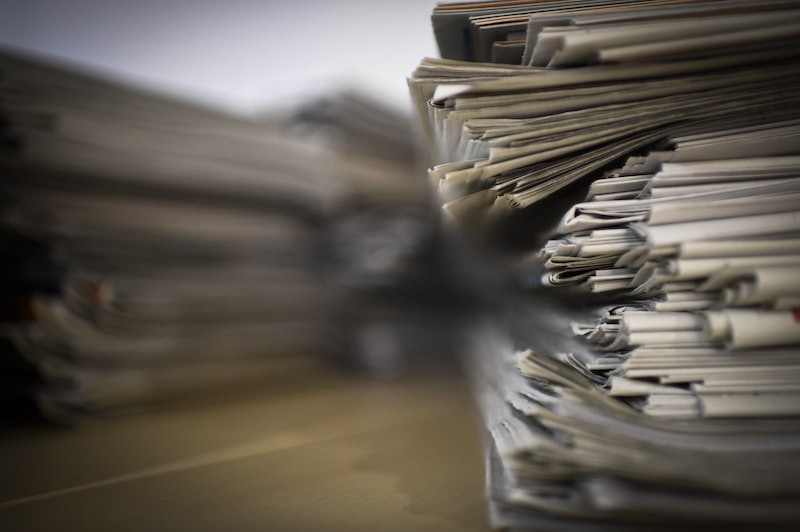 Mossack Fonseca is believed to be one of the key players in a larger scandal around law firms that have allegedly helped major figures hide assets and evade rules involved in business transactions. The firm allegedly aided their clients (world leaders, affiliates, and shell and offshore companies) by establishing front companies in different countries spread out around the world, like Seychelles, Samoa, New Zealand, Malta, and Niue. However, a Mossack Fonseca representative said the firm follows "both the letter and spirit of the law," and that it hasn't been charged with any wrongdoing in nearly 40 years. The 11.5 million documents leaked as the Panama Papers reportedly reveal a deep-rooted alleged scandal that has had significant global economic and social impact. And behind these documents are the alleged victims of the Mossack Fonseca scandal whom you should be reading about.

The Panama Papers were leaked to demonstrate that not only is the global tax system broken, but global governance is broken, too. From tax evasion to bribery to arms deals, Panamanian law firms allegedly helped world leaders and companies carry out a series of serious crimes. One might think that these accusations would only have a local impact on the countries involved, but many of them have far-reaching implications that affect the economic standing, safety, healthcare, and general well-being of many regular people.

In a video released by the International Consortium of Investigative Journalists (ICIJ), the different alleged victims of Mossack Fonseca and its clients are highlighted. The one thing you need to know about the Panama Papers is the range of people who have had to live through the crimes allegedly organized and carried out by these firms.

Many governments (including the UK and the U.S.) banned doing work with companies using offshore tax havens in 2014 after they were accused of providing fuel to the Syrian Air Force. In an attempt to circumvent these governmental bans, Mossack Fonseca allegedly stepped in to provide services.

Le Monde, one of the news organizations behind the Panama Papers, has claimed that President Bashar al-Assad and the Syrian regime circumvented international sanctions allegedly with the help of Mossack Fonseca.

According to the ICIJ video, in Russia, businessmen allegedly kidnapped orphan girls, some as young as 13 years old, and participated in sex trafficking, raping and selling these girls to other men. One of the alleged ringleaders was reportedly a client of Mossack Fonseca. According to the ICIJ, when the firm discovered that one of their clients was reportedly involved in sexual assault cases with teenagers, they determined that they were not legally obligated to report it.

Approximately 60 percent of orphans in Russia enter prostitution as a way to survive the dangerous conditions, according to Children's Hope Chest. Similarly, hundreds of girls have disappeared from orphanages in Russia, lured into prostitution with promises of jobs and security.

The Panama Papers include accusations of Mossack Fonseca's involvement with and close relationship to businessmen in Russia who were reportedly involved in sex trafficking. Among the alleged "Power Players" behind these scandals are the president of Ukraine, lifelong friends of Vladimir Putin, and a world-renowned Russian cellist.

A company wanted to sell a prospective oil field, but allegedly wanted to evade the $400 million in taxes that came with doing so. Thus, they went to Mossack Fonseca for help, according to the ICIJ video. The Ugandan company allegedly paid Mossack Fonseca to help, and it was a matter of simple paperwork; ICIJ claimed that the firm changed the Ugandan company's address from its current tax haven to another. If the company did evade these taxes, it denied the country's economy that money, which could have been crucial to helping its people.

Currently, Uganda allocates less than 10 percent of its budget to healthcare, according to the World Health Organization. Ugandan hospitals lack the funds they need to operate and provide care for the people. Patients have slept on floors and been asked to provide their own simple medical supplies (like sterile gloves and cotton balls). In order to provide the basic healthcare package to its citizens, Uganda needs to spend $40 per capita per year, but it currently only spends $27. The $400 million in taxes that this company evaded was more money than the government allocates for healthcare. Because of this lack of access to proper healthcare, Uganda is among the worst 10 countries in the world for high newborn and child mortality rates.

These are just a few examples of the people whose lives have allegedly been affected by Mossack Fonseca. Bribery, tax evasion, financial fraud, arms deals, and drug trafficking can affect any number of people, both locally and globally. Until now, firms that help the companies and clients involved in these scandals have continued to operate under secrecy. Without the Panama Papers — and if the guilty parties are let off — international criminals will be able to keep doing business and tax dollars will be illegally withheld around the world. The possible implications are frightening and far-reaching, and there are countless victims around the world who have experienced the dangers of this kind of activity.

Correction: This story has been updated from its original version to reflect that there has been no link established between Morgan Additives and the Mossack Fonseca scandal. Bustle regrets this error.