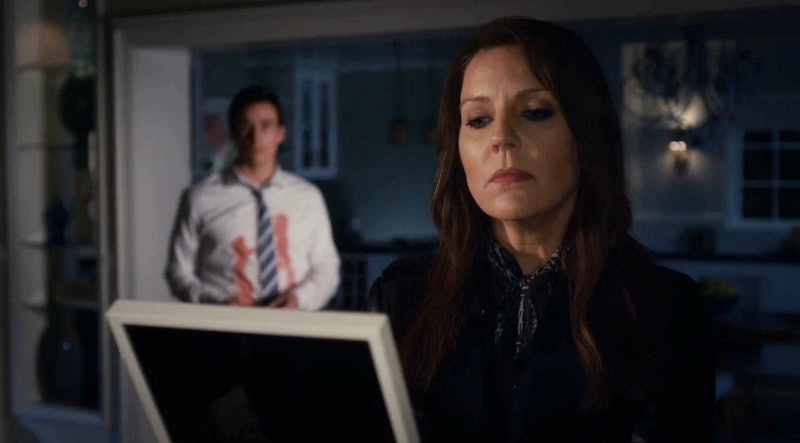 If you're a Pretty Little Liars fan who thought that they saw it all with the reveal of Charlotte as Big A, your jaw likely hit the floor with the latest season finale. The Season 6 finale of Pretty Little Liars totally changed the game with its craziest twist yet, and it's lining everything up for what could be the show's final season. The Season 6 finale revealed that Jessica has an identical twin named Mary Drake, who happens to be an ex-Radley patient and Charlotte's biological mother. The reveal proved that the DiLaurentis family has even more secrets than we could have ever thought, but, while Mary might be a new character, she's likely deeply connected with the story that Pretty Little Liars set up in its early seasons. Could Mary be connected to the N.A.T. Club? That storyline may have been waiting in the wings this entire time.

For those Pretty Little Liars fans searching your brain for what the N.A.T. Club means, it's totally okay: the N.A.T. Club has seemingly fallen off the PLL radar for some seasons now. The N.A.T. Club was the name of the spying club that Ian, Jason, and Garrett were a part of, and it was creepy as hell. The club mostly involved making videos of people around Rosewood without their knowledge or consent, which led to the N.A.T. Club finding out a whole bunch of secrets about their peers. Jason eventually quit the club because he thought that Ian was taking the whole thing too far, and perhaps even making these spy videos for someone else. Though fans suspected this person could be Big A, Charlotte never confirmed that she wanted the videos. What if that's because the person who really wanted the videos was Mary?

Ali's family seems deeply connected to the N.A.T. Club, but, while we assumed that it had something to do with Jason or Ali, it doesn't seem like there's much on these videos that would have really hurt these two — they would have been threatened with that information already. However, there is something that could hurt the DiLaurentis family as a whole, if we believe that the N.A.T. mastermind Ian is telling the truth. When Ali confronted Ian about the videos in the flashback scene in Season 4's "A Is For Answers," Ian told her that there were things on the video that would "bring everybody down," and specifically said that the videos could hurt Ali's family:

Ian could have been referring to the very nature of Mary's existence. It's clear that Mary was hidden from the DiLaurentis children, so, if Mary really was the person that Ian was making the videos for, releasing the videos could reveal a huge, and potentially dangerous, family secret. Releasing the videos publicly could have given Mary motive to hurt Ian, and, potentially, Jason — hence what Ian meant by the videos bringing everyone down.

If Mary really was the person that Ian was working for, it would mean she's been in the fold for a very long time. Mary might have been the real danger lurking in the shadows this entire time.