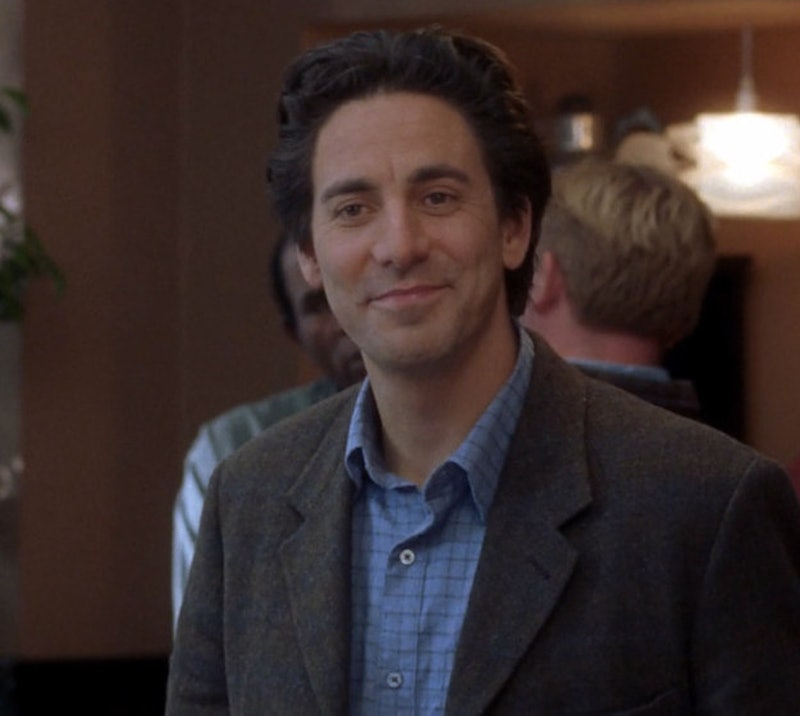 There are going to be all sorts of old loves in the new Gilmore Girls revival from Dean (Jared Padalecki) to Christopher (David Sutcliffe). The anxiety I feel about how these men are going to affect the Loreleis is literally keeping me up at night, and I'm only a little ashamed of that. But will all of Lorelei's old loves be present and accounted for? What I'm really asking here is, will Max Medina be in the Gilmore Girls revivial?

Max hasn't been fully in Lorelei's life since Season 2, when they were all set to be wed and she left the poor man three days before the wedding because she realized she wasn't in love with him. After he ran off to Stanford to teach, we see him again in Season 3, when he returns to Chilton and he and Lorelai end up on a committee for Chilton's graduation party. However, and perhaps rightfully so, he tells Lorelei to stay far, far away. So nine years later, will Lorelei still have done as he wishes and leave him alone?

The favorable theory is that she and Luke are in some sort of relationship, and maybe even have a baby together. But what if Lorelei goes back on her destructive path and hits up her old flame, Max? Or what if he gets snowed in to Stars Hollow again and needs somewhere to crash? How will that go down?

According to an interview with Forbes, the actor who plays Max Medina, Scott Cohen, hadn't been contacted by the show creator Amy Palladino to make an appearance as of April 2. But who knows? Maybe they wrote him in and are keeping it under wraps? Cohen just appeared in a new film that premiered at Sundance, As You Are, in which he plays the parent of a teenager (Charlie Heaton). The teenager in question, and two other teens (Owen Campbell and Amandla Stenberg) are involved in a criminal investigation they continue to misremember. Cohen may be too busy promoting this film appear in a new revival, but he also may not be. It's any man's bet.

Cohen probably won't be posting about it, which is how we've figured out most of the information about the revival, because, in the Forbes interview, he admits a distate for social media saying,

"[Social media] is kind of a sad state of affairs, because it’s lessened an actor’s ability to hide behind characters. Our personal lives are even more everyone’s business than they were before. We have even less control over what people see… I recognize the power of social media, but as an actor I think it can be tough."

So it looks like we won't be sure if Max Medina will show up in Stars Hollow until the series premieres on Netflix. My bet is no. I would be happy to see Max, but only if he's not taking away from Luke and Lorelei love.