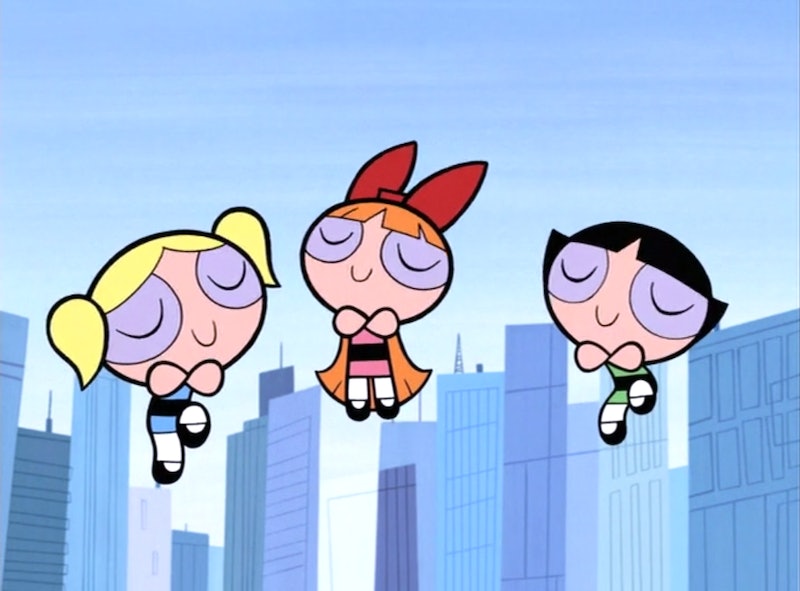 It's an unfortunate fact that many of the gender stereotypes that people are familiar with — blue is for boys, pink is for girls, boys like action figures, girls like dolls — are enforced in cartoons and advertisements aimed at a younger demographic. The idea of feminism in children's cartoons conflicted with the very gender divide that advertisers and product marketing used to make money, but when animator Craig McCracken created The Powerpuff Girls, McCracken gave the series a set of qualities that set it above and beyond the standard for a "girls show" and ended up making a show for girls, boys, women, men, and, well, just about everyone.

In an interview with The A.V. Club, McCracken said, "I thought I would get a college hit where 20-year-olds would watch [ Powerpuff Girls ] in their dorms when they're stoned ... I didn't think it would hit as big as it has." McCracken never set out to create a "girl show," and this approach helped The Powerpuff Girls age incredibly well and get a much-deserved reboot which premieres April 4 on Cartoon Network. While I'm not arguing that series shouldn't be aimed at young women or girls, creating show for only one specific audience can put limits on it, but a show for everyone that centers around young girls and invites other genders and age groups into that world then has the opportunity to introduce all parties to something beyond what they're used to seeing on television.

And these 11 reasons The Powerpuff Girls prove it was not just a show for young girls, but a show for everyone.

McCracken and his team of writers, directors, and story boarders had a great understanding of comedy, and were able to switch the comedic voice of the show within moments, going from all-out goofy comedy to having characters deliver dry, witty commentary on the events of the show and the real world.

People love a good superhero fight scene regardless of age or gender, and there was plenty of action in Powerpuff Girls to satisfy anyone who just wanted to see the day be saved.

3. The Show Is Much Smarter Than It Needs To Be

While The Powerpuff Girls is primarily aimed at children, there are plenty of moments when the show aimed to get a reaction out of an older crowd by using some larger ideas and concepts. It always blended these topics in seamlessly with the innocent, accessible tone of the series.

4. PPG Has Some Scary Moments

There seemed to be no feeling or mood that The Powerpuff Girls couldn't tackle, and while the show only went into genuinely creepy territory a few times, it always excelled in making the audience feel uneasy. Almost all of those times had to do with HIM, one of the most unique and terrifying representations of Satan in cartoons, television, or any medium that creates terror in Townsville and instills fear in the audience.

5. A Plethora Of Pop-Culture References

The Powerpuff Girls featured a number of pop culture references, mining films and songs meant for adults and re-shaping them to be comedic material for children. One one occasion, the PPG writers lifted a scene almost entirely word-for-word from cult classic The Big Lebowski. They also dedicated an entire episode to re-telling the story of The Beatles' career through a super-villain team-up, which may have been lost on the younger audience, but was surely a treat for parents.

6. The Show Gets Dirty

Yes, really. The Powerpuff Girls had dirty jokes scattered throughout its entire run, and you'll be unable to believe you were allowed to watch that show as a child.

The Powerpuff Girls as a show was known for being associated with some pretty interesting music acts, many of whom contributed songs to the show's soundtracks. The Powerpuff Girls: Heroes & Villains compilation featured a number of notable indie acts like DEVO, Shonen Knife, and Frank Black of The Pixies, appealing to the college crowd that McCracken expected his original audience to be.

8. They Got Serious About Feminism

For most cartoons of the era, feminism began and ended at "girls are people, too!" However, on several occasions, more intricate details of being women in a patriarchal society are explored on The Powerpuff Girls. This acknowledgment of an unfair society for women put PPG ahead of most other cartoons, but they didn't stop there...

While Powerpuff Girls explored equality and treating women equally, it also actively criticized people who used feminism as a platform for their own purposes. This kind of discourse was happening on a children's cartoon at the turn of the millennium, and is still pretty risky territory for any medium, let alone a children's cartoon.

The most important thing the series did to ensure its popularity with a variety of people was make the characters feel real. Blossom, Bubbles, and Buttercup fought super villains and giant monsters, but more often than not the girls were also fighting their own insecurities and fears, and save the day only when they were able to overcome something about themselves and learn a larger lesson about the world.

If the sight of a dog saying "I many be able to talk, but I sure as heck can't drive" doesn't make your whole world better, then I don't know what will.

The Powerpuff Girls was a show about three five-year-old girls, but was clearly suited for just about everyone. Hopefully this reboot will introduce a new audience to The Powerpuff Girls, and continue the legacy of the original.