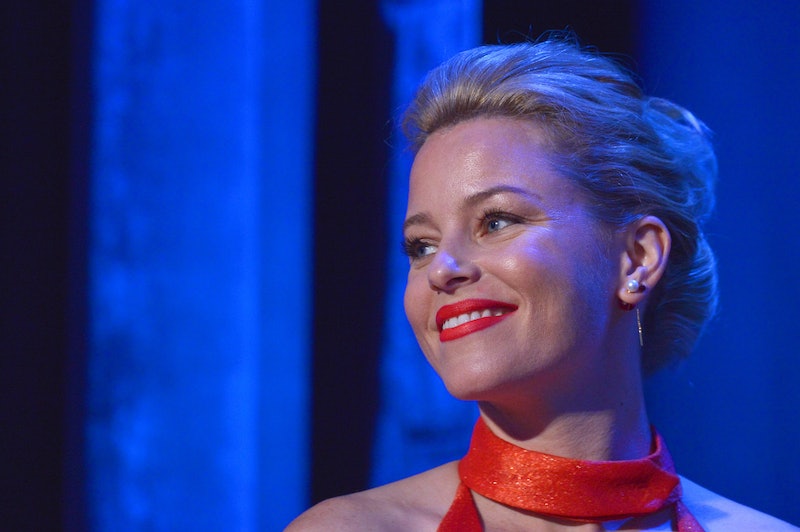 If you subscribe to the archaic notion that men are inherently funnier than women, well, you're not someone I want to associate with — and you likely live under a rock where names like Mindy Kaling, Tiny Fey, and Jessica Williams mean nothing to you. There are plenty of women who are taking the comedy scene by storm, but to many people in power, comedy is still a man's game — which means even the funniest of women have to work twice as hard to get their stuff noticed by the masses. (According to IndieWire, only 4.5 percent of the 200 top grossing comedies of the last decade were directed by women.) Funny woman Elizabeth Banks hates this just as much as you hopefully do, and she decided to do something about it. As reported by The Wrap, Banks just launched new digital platform WhoHaHa, a place where women in comedy can thrive and get their work out there. Can we start our slow clap, now?

According to The Wrap, Banks', management company Digital Media Management will search the internet for the funniest women to incorporate into their new platform. So far, the site consists of strategically curated comedy clips starring funny women. Instead of searching for that hilarious Saturday Night Live parody featuring Ariana Grande as Judy Garland, you can watch it on WhoHaHa along with dozens of other sketches that will make you "laugh until you pee" (Banks' words). In fact, one of the funniest videos on WhoHaHa is Banks' own introduction of the new digital platform:

Though WhoHaHa (yes, you're reading that correctly... it is a woman's comedy site!) just launched, Banks' has already created a brilliant feature to keep the laughs rolling: WhoHaHa TV. If you're willing to trust Banks' comedic instinct (and you should) use the TV feature to keep the laughs coming, no clicks required. Banks' playlist, which features everything from "Formation" spoofs to CONAN stand up routines, is perfect for when you need to laugh for a few hours straight. Who knows — you may even discover your new favorite comedian through the feature.

Kudos for Banks for creating not only a place that celebrates hilarious woman, but one that gives female comedians of all styles, backgrounds, and levels of fame a chance to show off what they can do — which, as Banks insists, is make us laugh until we pee.