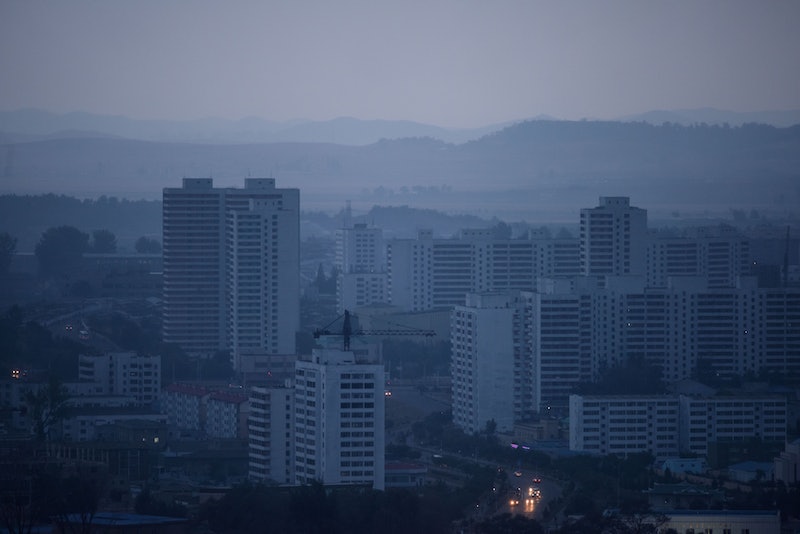 University of Virginia student Otto Warmbier was sentenced to 15 years in a North Korean prison for trying to steal a political sign from the hotel in which he was staying during a trip to the country. After Warmbier confessed to the crime and had a one-hour trial in a North Korean court, he was dealt a significant sentence that included hard labor in addition to his prison time. There haven't been many public developments since Warmbier's sentencing in March, but other Americans who have been detained in North Korean prisons have spoken out about their experiences, which could provide a glimpse into what's next for Otto Warmbier.

Among the numerous Americans who have been detained in North Korea in the past, a prison sentence with hard labor was a common ruling, but many of them didn't end up serving their full sentences. Often, a high-ranking American official (former President Bill Clinton, for example) would make a visit to North Korea to essentially rescue the detained American. However, there has been little public U.S. governmental intervention into Warmbier's case, which doesn't seem promising for a timely release.

The best case scenario until the U.S. can help free Warmbier is that he, like other Americans in the past, will be transferred to Pyongyang, the capital of North Korea. As for the hard labor, Warmbier could face an intense lifestyle if his coming months are anything like the Americans detained in previous years.

Recently, Human Rights Watch reported that North Koreans who are accused of and charged with "serious" political crimes (what Warmbier was charged with) are sent to labor camps. Those who are kept in these labor camps are reportedly severely mistreated: they allegedly have little access to food, can be tortured, and are subjected to working eight-hour days at mining, logging, or agricultural sites. However, The Washington Post reported that because Warmbier is a foreigner, he likely would not be sent to one of these labor camps.

Jeffrey Fowle (coincidentally another Ohio man, like Warmbier) was detained and sentenced in North Korea in 2014 for hiding a bible in the bathroom of a seaman's club. Fowle spoke with The Atavist, which later published an account of his time as a North Korean prisoner.

As soon as Fowle identified the Bible, Mr. Oh escorted him to a room on the 36th floor of the Yanggakdo Hotel. Less than an hour earlier, he'd been on his way home. Now he contemplated his grim future while looking out on the Pyongyang skyline.

Korean-American missionary Kenneth Bae was sentenced to 15 years and hard labor in North Korea in 2014 for reportedly being part of a Christian plot to overthrow the DPRK regime, CNN reported. In interviews, Bae described the hard labor as working eight hours each day, six days a week, out on an agricultural site. He said he lost 60 pounds during his captivity in North Korea.

Even if Otto Warmbier's next steps are being detained in a guesthouse, or a hotel with constant guards and the same meals every day, as well as working outside for eight hours each day, these conditions don't sound great. Moreover, Warmbier is only 21 years old and is still in college, so it is likely even more difficult dealing with the North Korean legal system as a foreigner whose family is out of reach in a completely different country.

Kenneth Bae released a statement of condolences to Warmbier's family, hoping for only good updates to come out of Warmbier's sentence:

Our hearts go out to Mr. Warmbier and his family as they deal with the devastating news of his 15-year hard labor sentence in the DPRK (North Korea). My family and I are praying that he will be able to come home soon. Our prayers are also with the Warmbier family, as we know what a toll the imprisonment takes on the whole family.