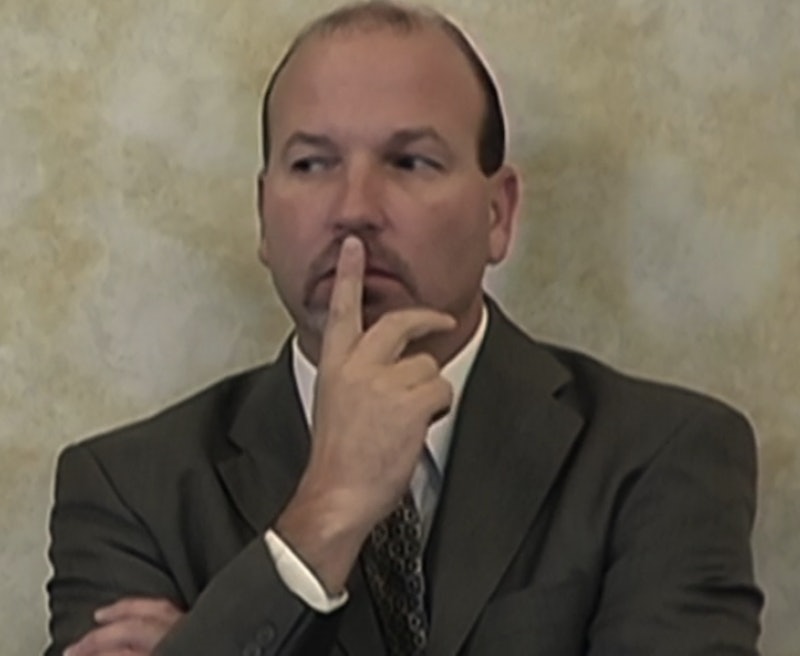 No viewer of the Making a Murderer series on Netflix can forget the crucial moments where detectives procured a confession from Brendan Dassey, Steven Avery's teenage nephew. For many, it was the turning point of the story, where lines became blurred between innocence and guilt, as the entirety of the narrative up until that point seemed to bespeak wrongful accusations. Mark Wiegert is one of the investigators who, with help from special agent Tom Fassbender, secured that fateful admission from Dassey regarding his role in the rape, murder, and mutilation of Teresa Halbach. Wiegert recently spoke about the Steven Avery case in an interview published by The Herald Times Reporter of Manitowoc, Wisconsin.

For one, it seems time hasn't softened his views on the case. The Manitowoc County Sheriff's Department has always maintained that Dassey's confession followed standard protocol. Wiegert spoke for his team when he explained that, "We stand by the integrity of the investigation." Although he did not wish to discuss particulars with the paper, he made it clear that he believes Avery's conviction and subsequent life sentence were wholly justified:

Mr. Avery was judged by a jury of his peers and was found guilty. ... The case has been looked at ... by the appeals court and they have upheld everything that was done.

This belief is in spite of a series of allegations raised by Kathleen Zellner, Avery's attorney. She accused investigators of failing to complete their jobs adequately in the oversight of key evidence that pointed to Avery's innocence.

In addition to his not-so-startling remarks, Wiegert refused to discuss any of the means involved in the acquisition of Dassey's confession. The majority of public opinion is highly critical of said methods, with a strong public view that Avery and Dassey were treated extremely poorly by the criminal justice system, despite the department's insistence that everything followed protocol. Support for the two men has even spread internationally, where protests are occurring in their honor.

In the meantime, Zellner has further plans for her role in the investigation, which she described to Newsweek: "They used forensic science to convict [Avery] and I'd be using it to convict them of planting the evidence." In order for her forensic evidence to carry any weight in the appellate court, it must prove both compelling and new.

Whether or not Zellner finds proof enough to bring positive developments for Steven Avery will unfold in season two of Making a Murderer. Until then, Wiegert's assessment of the proceedings — and by proxy, of Avery and Dassey — correspond with the legal rulings thus far.