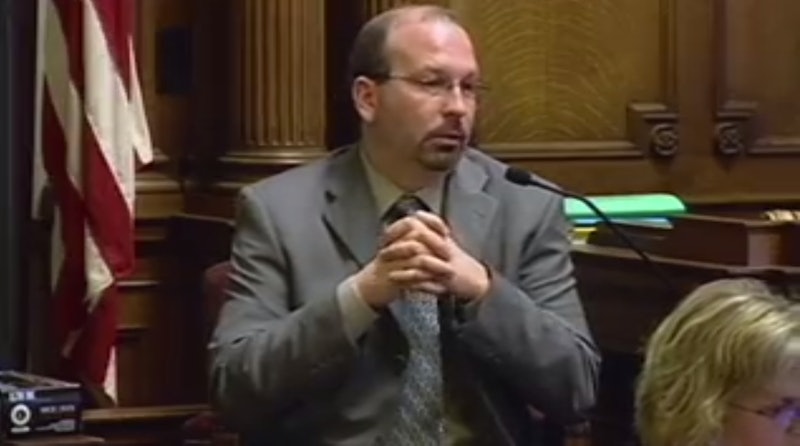 One of the most pivotal moments in the Netflix docuseries Making A Murderer is the Brendan Dassey confession. This confession turned the Steven Avery case from a murder trial with dubious evidence into a media sideshow, painting Avery as a violent monster before the trial even started. One of the key figures in the confession process was investigator Mark Wiegert who, along with special agent Tom Fassbender, got Dassey to admit that he was involved with the rape, murder, and mutilation of Teresa Halbach. So who is Mark Wiegert?

Wiegert has an extensive history of policing in Calumet County, a neighbor county to Manitowoc in Wisconsin. After having served as an investigator in the Avery trial, Wiegert, along with Fassbender, wanted to get information about what really happened regarding Halbach's murder, so they interviewed Avery's main alibi, his nephew Brendan Dassey. Avery's lawyers have suggested that Wiegert and Fassbender's reportedly aggressive tactics in retrieving the confession call into question the validity of said confession.

But, Weigert, an experienced investigator, acted entirely within the law to get 17-year-old Dassey's confession, despite accusations that it was in someway dishonest. It is legal to question a minor, no matter if their parents or an attorney is present. In Making a Murderer, we see that investigators claimed Dassey waived his right to have either present.

Since the Avery case, Wiegert has been continuing to work in criminal justice in Calumet County, and is currently in the Sheriff's department under the title of Lieutenant in matters of Jail, Investigations, and Schools.

Wiegert has popped up in a number of news stories involving crime in Calumet in recent years. FOX 11 reports that he was involved in one of the largest drug busts in Manitowoc county in 2014, and he has worked on multiple cold cases, championing the use of DNA technology to catch those responsible for murders that happened decades ago.

Wiegert told the Post Crescent that "you never know when you will get that one piece of evidence that leads to an arrest... I'm confident that at some point, an arrest will be made [for the 1990 murder of Berit Beck]."

Wiegert has yet to make a public comment on his involvement in the Avery case since the release of Making A Murderer. With such a loud cry for Avery and Dassey's release from prison, it's not surprising that he is laying low — from what the documentary presents, Wiegert was just a man who was doing his job that had no idea that the case would become a national news sensation a decade later, with every person who touched the case becoming the object of public interest.