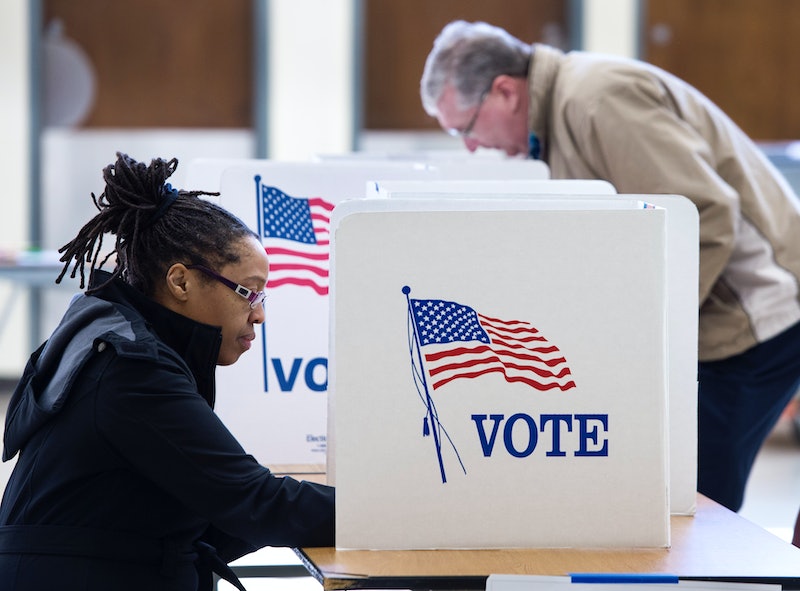 The Wisconsin Democratic and Republican primaries on Tuesday are important contests for our presidential nominees, as Sen. Bernie Sanders tries to catch up to Sec. Hillary Clinton and Sen. Ted Cruz threatens to keep Donald Trump away from enough delegates to secure the nomination. The state's 42 Republican delegates and 86 Democratic delegates are important grabs for the candidates. But are the Wisconsin primaries open or closed? Some Wisconsinites eager to have their say in the primary race may still be wondering if they can vote in the contest.

The National Conference of State Legislatures (NCSL) listed Wisconsin among the states that hold open primaries. That means you don't have to be registered with a particular party in order to vote in its primary, unlike with closed contests. A person may vote in either the Republican or the Democratic primary (but not both) no matter what party, if any, they are officially registered with.

Another thing that makes it easier for people to vote is that Wisconsin allows for same-day voter registration, reported Wisconsin Votes. People can register any time up until and including election day, either at the county clerk's office or right at the polling station. It's important to note that, in order to register, you need a photo ID, as well as proof of address.

With open primaries and same-day registration, voting in the Badger State is pretty easy — but not for everyone. The state has one of the strictest voter ID laws in the country, according to the NCSL. As noted above, Wisconsin requires that people provide photo ID when they register to vote (so something like a social security card doesn't cut it). If they don't have one, they are given a provisional ballot on which to cast their vote, then they have to perform additional steps such as returning to the polling location with the required ID within a certain period of time after election day. If they do not, their ballots are discarded.

ProPublica reported that Wisconsin didn't put money toward educating the public about the requirements, and that two political scientists involved in a court case that upheld the ID law estimated that between 200,000 and 350,000 voters in Wisconsin don't have an ID that meets state requirements. That's a whole bunch of potentially disenfranchised people.

So, Wisconsin makes it super easy to vote — if you have proper photo identification. But your party affiliation doesn't matter in the Wisconsin primaries.