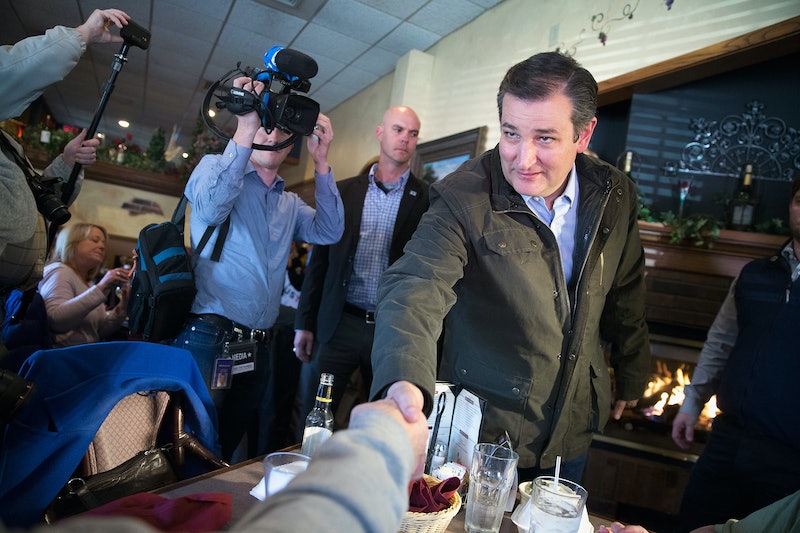 Polls show Wisconsin voters seem to be leaning toward Democratic candidate Sen. Bernie Sanders and Republican candidate Ted Cruz ahead of Tuesday's primary vote. Both candidates could use the boost of delegates that winning Wisconsin might provide as they currently trail behind frontrunners Hillary Clinton and Donald Trump. But could superdelegates shake up the Wisconsin primary contest?

Heated debates over superdelegates have cropped up again and again throughout the primary season, with much of it focused (for good reason) on the Democratic side of the aisle. It's not that Republicans don't have superdelegates — they do — it's that GOP superdelegates operate in a completely different way than their Democratic colleagues.

Overall the Democratic Party will send 718 unbound delegates, known commonly as superdelegates, to vote at its National Convention in July. They amount to about 15 percent of the overall convention vote, and they're not required to support the candidate voters in their state did, but are instead allowed to vote according to their own personal preference. In contrast, the Republican Party allows for only the three national party members of each state to act as kind of superdelegates — roughly 7 percent of the convention's delegate vote — and requires they vote for the candidate their state voted for.

Wisconsin's Republican presidential primary is a "winner-take-most" system, meaning that the candidate who leads at the polls Tuesday will walk away with 18 of the 42 of the state's GOP delegates, and the other 24 will be allocated depending on who wins the eight congressional districts.

More than half of Wisconsin's Democratic superdelegates pledged to support Clinton in the run-up to Tuesday's primary vote, much to the dismay of voters who are "feeling the Bern" and find it counterintuitive the state's party leaders can choose to forgo the will of the people in their vote. Rep. Ron Kind announced he was joining Sen. Tammy Baldwin, Rep. Gwen Moore, and DNC members Christine Bremer Muggli, Michael Childers, and Martha Love in supporting Clinton at the end of March. The state's remaining four superdelegates — Rep. Mark Pocan and DNC members David Bowen, Martha Laning, and Jason Rae are still uncommitted.

The presidential primary is heating up with Trump bemoaning Ohio Gov. John Kasich's unyielding presence in the race as the contest between Clinton and Sanders tightens. And while Republicans won't need to worry about superdelegates in Wisconsin, Democratic voters have every reason to be concerned about the extra influence their party's superdelegates yield.